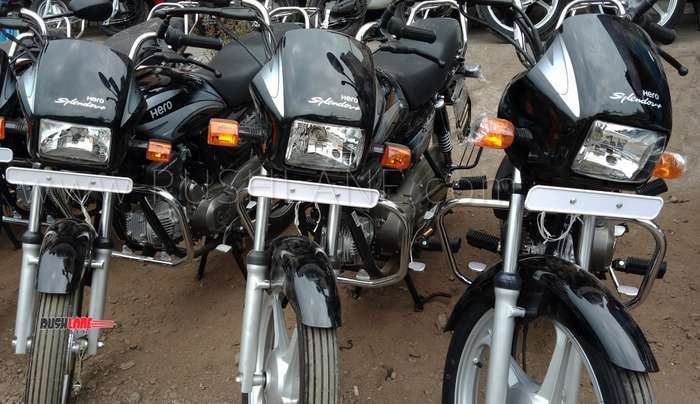 The two wheeler industry’s lack luster sales performance continued in September 2019 as well with all but one motorcycle in the top 10 list registering a positive YoY growth. The MoM comparison shows a better picture but then, as festive season draws closer, sales usually increase and this is not an accurate representation of a recovery.

The top 10 best selling motorcycles in September 2019 continue to feature the usual suspects with the venerable Hero Splendor family finishing at the top with a fair margin. The iconic nameplate registered sales of 2.44 lakh units which is impressive as a standalone monthly sales figure but is a good 40% lower than what the brand managed in September 2018.

Closest rival to the Splendor is its low-cost stablemate, the Hero HF Deluxe which managed a tally of 1.95 lakh units last month at YoY decline of just 3.05%. Finishing at a very distant third spot is the Honda CB Shine series which is offered in two variants. The 125 cc commuter ended September 2019 at 88,893 unis, a 10.27% improvement compared to same month last year.

The Bajaj Pulsar family continues to be the Pune-based two wheeler maker’s best selling model. Despite the recent introduction of a new 125 cc variant, the Pulsar nameplate registered a YoY decline of 23.84% at 68,068 units.

The Glamour emerges as the third Hero motorcycle in the top 5. The 125 cc commuter clocked 62,016 units at a decline of 25%. The attractively priced Bajaj CT100 which received a few updates recently finds itself in sixth spot at 51,778 units but at YoY decline of 42%, it is one of the most affected models in this list. It’s sibling, the Platina posted a 34.8% fall to reach a tally of 43,978.