December 2019 wasn’t an ambitious year end period. If anything, sales were lacklustre for most top selling two-wheelers. Hero MotoCorp however did pull a fast one and finds two of its products as the months top two sold bikes. Hero Splendor dominates the list at 1,93,726 units sold in Dec 2019.

In the big volume sphere, Honda Activa lost big time. Sales fell 24.37 percent to 1,31,899 units, down from 1,74,393 units sold in December 2018. Competition was clearly more cutthroat the previous winter. This December, Activa sales volume was contained by as much as a quarter having lost volume by 42,494 units. To put that in perspective, that’s more than what some top sellers have registered as sales for the month.

TVS Luna XL Super sales took a beating. Sales fell to 45,669 units, down from 59,828 units sold a year ago. Suzuki Access sales though by no account better find itself favourably positioned seventh on the list. This again is on account of other products selling poorly. Suzuki Access sales fell a marginal 4.26 percent, down to 37,495 units from 39,163 units a year earlier. 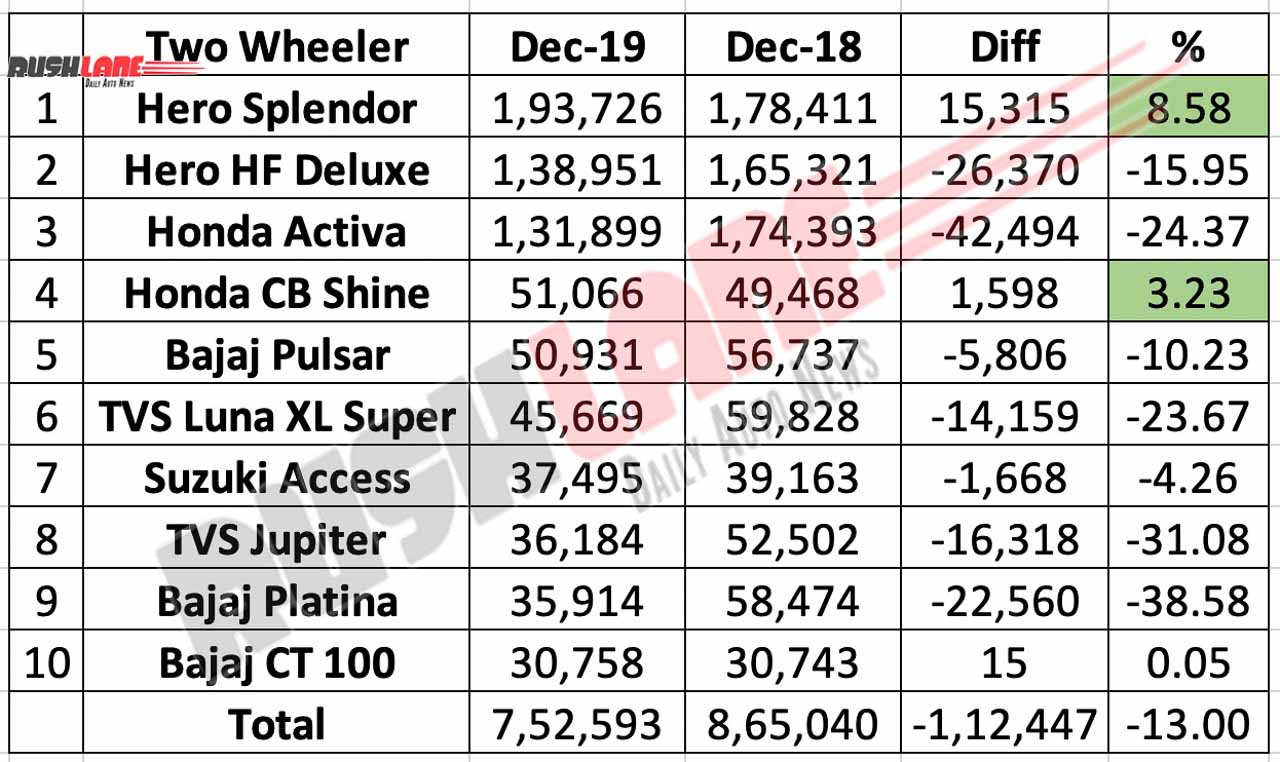