Data of top 35 exported two-wheelers shows that a total of 2,83,007 units were exported in November 2019, which translates into YoY growth of an impressive 29.18%. Exports in the same period last year stood at 2,19,081 units. Only two out of top 10 and only ten out of top 35 two-wheelers have registered negative YoY growth.

Bajaj Auto continues to be the leader in two-wheeler exports with four of its bikes featured in the top 5 list. The company has aggressively targeted exports over the years and the numbers speak for themselves. It is estimated that the company’s exports account for around 40% of its overall two-wheeler sales.

At number one position in the list is Bajaj Boxer with exports of 98,772 units in November 2019. This translates into YoY growth of 18.02%, as against 83,692 units exported in the same period last year. While Bajaj Boxer has been discontinued in India, it is still a popular choice in international markets such as Africa. Boxer happens to be largest selling single brand in Africa. 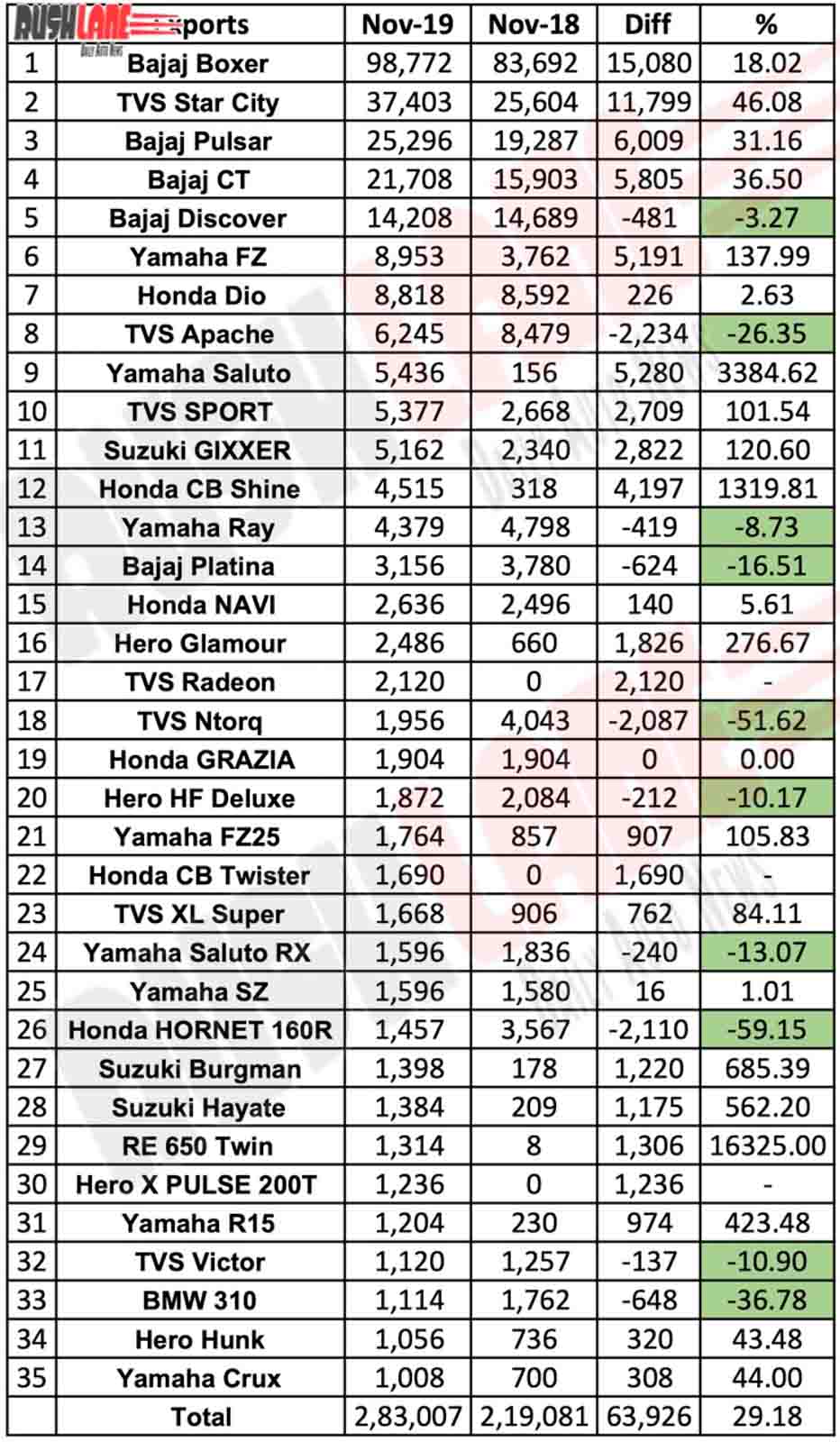 At number four is Bajaj CT with exports of 21,708 units. This translates into YoY growth of 36.50%, as against 15,903 units exported in November last year. Bajaj Discover takes the fifth place with exports of 14,208 units in November 2019. Unlike other Bajaj bikes, Discover has registered de-growth of -3.27%. Exports in same period last year stood at 14,689 units.

There are several other two-wheelers that have registered significant gains, but the one that stands out is RE 650 Twins. These have recorded an astounding 16325.00% rise in exports, up from just 8 units in November last year to 1,314 units in November 2019.