Pune-based Tork Motorcycle unveiled its snazzy electric motorcycle T6X back in 2016. Thanks to a sharp styling and promising performance claims, the Tork T6X electric motorcycle garnered 1,000 bookings in a matter of days but three years down the line, the bike is yet to hit the streets.

Curious about the current status of the motorcycle, an enthusiast took to Quora in an attempt to find some answers. The query was replied by Premanand Risbud, CFO, Tork Motorcycles. Fortunately, Risbud confirmed that the ambitious project is not dead, and the company is currently working on readying the product for production and sale. 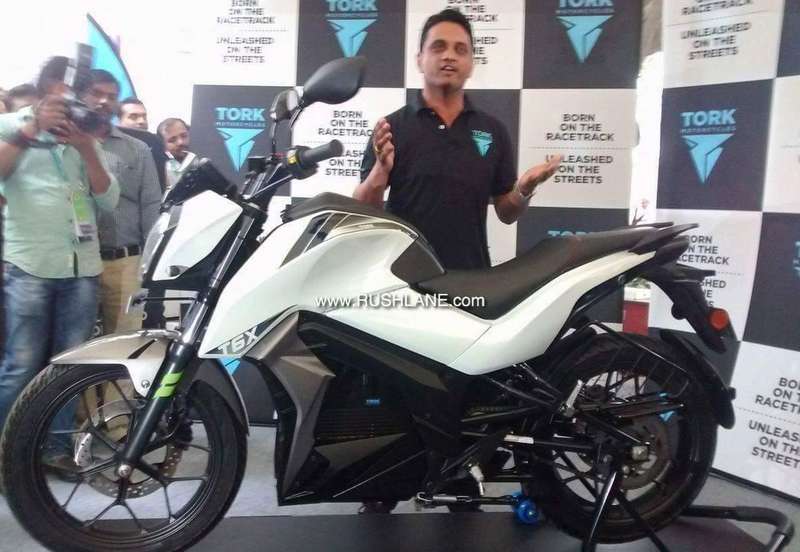 He added that the T6X has to undergo several tests to ensure quality and safety. He urged the prospective customers to enter the ‘Tork Motorcycles Privilege Community’ by registering their interest on the company’s official website (www.torkmotorcycles.com). The members of the community will receive updates regarding the progress of the motorcycle’s development in addition to receiving preferential treatment as far as introductory price is concerned.

The Tork T6X adopts a streetfighter design with edgy bodywork. Save for the completely enclosed powertrain area, the motorcycle features a conventional layout. Not much in terms of specifications has been revealed as of now but the company’s website claims the T6X can cruise comfortably at 100 kmph and can travel 100 km on a full charge. 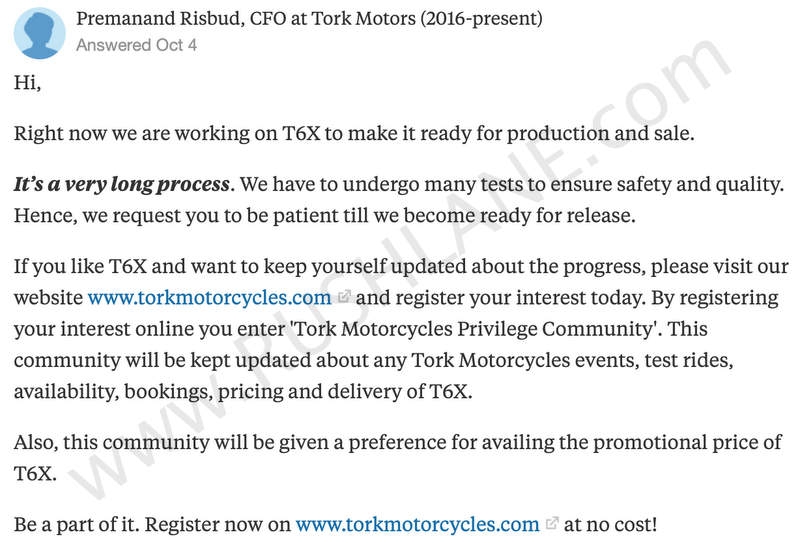 The brushless DC motor has a rated outputs of 6 KW (around 8 hp) and 27 Nm of torque. A single-speed gearbox drives the wheel. The lithium-ion battery pack can charge up to 80% in one hour. The motorcycle employs a trellis frame which is suspended by means of telescopic fork upfront and a monoshock at the rear.

The Tork T6X sports a 4.5-inch TFT screen that supports TIROS (Tork Intuitive Response Operating System) which can learn and adopt as per the riding style. The bike also boasts of riding modes, front and rear disc brakes, alloy wheel, tubeless tyres, etc. Tork Motorcycles needs get the T6X ready for production sometime next year if it wants to take the first mover’s advantage in the electric urban commuter motorcycle market.