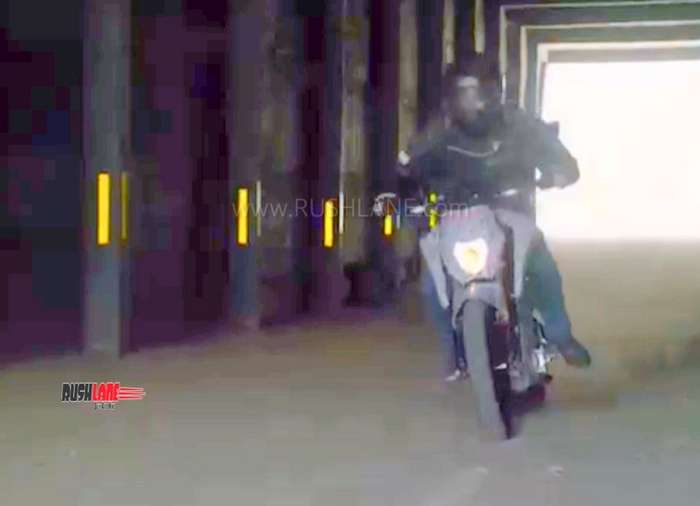 Tork Motors, the Pune-based electric motorcycle company, has been in existence for a few years now but it is yet to get its maiden product, Tork T6X in the market. Pre-bookings for the electric commuter motorcycle have been open for quite sometime now and the price announcement and deliveries are slated to commence later this year.

Tork has released a teaser video, showing the motorcycle accelerate through a tunnel. Unlike the tunnel reverberation from an IC-Engine, the electric motor gives out an eerie whine. We guess it is time we get used to it.

While the video doesn’t reveal much, most details of the Tork T6X are already available on the company’s official website. Tork calls its compact looking street fighter as India’s first electric performance motorcycle. With 27 Nm of torque available right from the word go, the company claims that the EV has enough grunt to “smoke most challengers”.

The BLDC motor has a peak power of 6 kW and has a single speed transmission. The battery pack is a 72 Ah Lithium-ion unit which can withstand 1,000 cycles. Tork claims that the T6X’s electric powertrain is engineered to achieve a cruising speed of 100 kmph. The motorcycle weighs 130 kg.

Apart from the electric drivetrain, the Tork T6X adopts conventional motorcycle hardware. The motorcycle employs a trellis frame with telescopic front fork and rear monoshock. The 267 mm front disc and 220 mm rear disc are aided by regenerative braking from the motor. ABS will be on offer. The T6X is equipped with 17-inch alloy wheels wrapped in 80/100-17 front and 110/80-17 rear tyres.

The Tork T6X will be competing with the Revolt electric motorcycle which is scheduled to be launched in June. The company is expected to have more than 50% local content in a bid to be eligible for subsidy (up to INR 27,000) under FAME-II scheme. To market the bike, Tork has hired Mr Kurian, as head of sales and marketing. He was previously VP sales and marketing at Yamaha India.