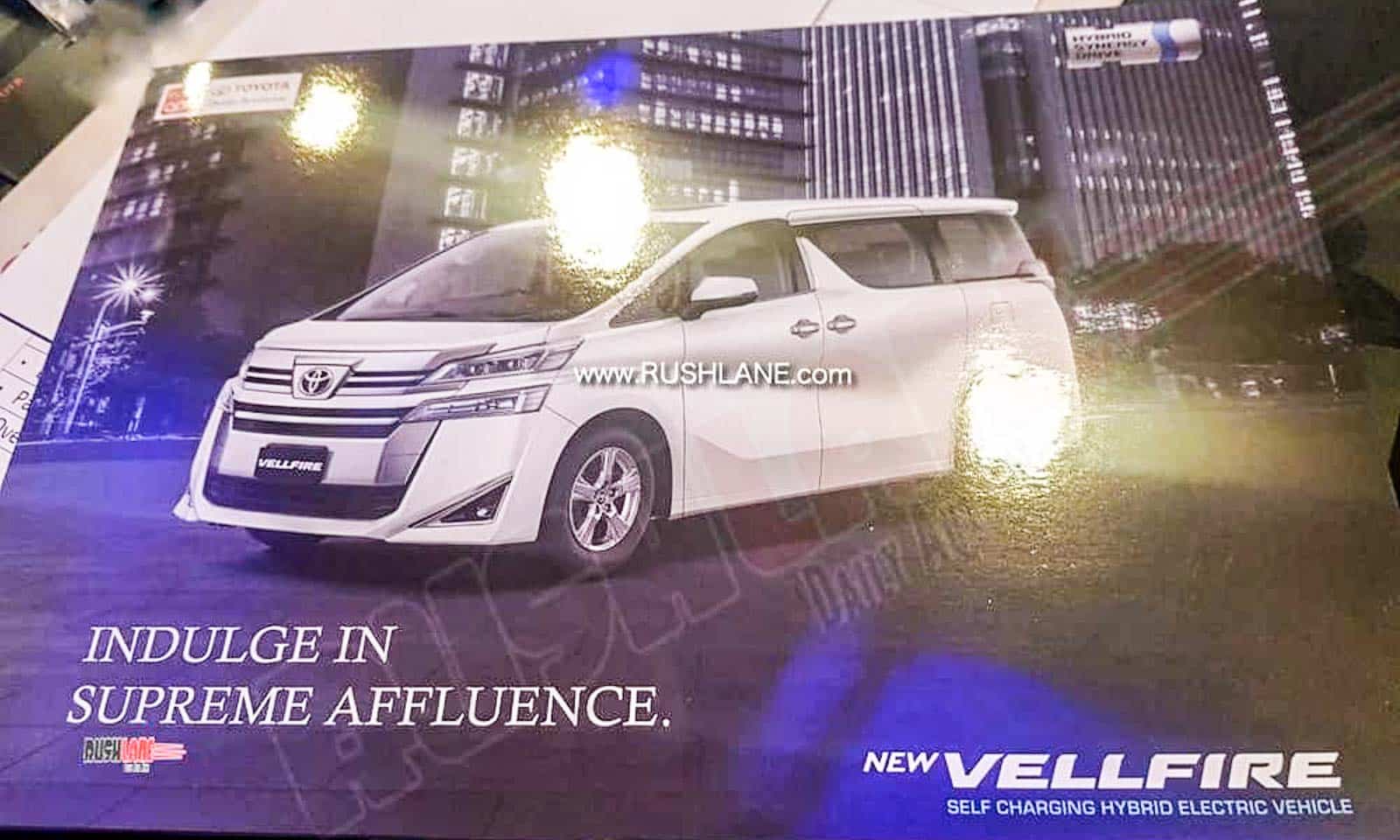 The Vellfire will be the first luxury MPV from Toyota’s stable in India. Yet to be launched, bookings have officially opened at authorized Toyota dealerships in India.

Luxury MPV seems to be the theme of the season as we are witnessing multiple launches in the segment. After Kia’s Carnival’s debut, latest internal reports now confirm that Toyota is scheduled to launch the Vellfire in the country in the coming days. RushLane has learnt that Toyota will start deliveries of the luxury MPV by March’20. Bookings have already opened at select Toyota Dealerships against a token amount of INR 5 lakhs.

The Vellfire will be sold only with a BS6 compliant 2.5 litre petrol engine (180 PS/235 Nm) which will come mated to an e-CVT. The engine will be part of a self-charging hybrid powertrain. To reduce inventory costs, Toyota will be launching the MPV only in one grade, which will be the ‘XLOUNGE’. 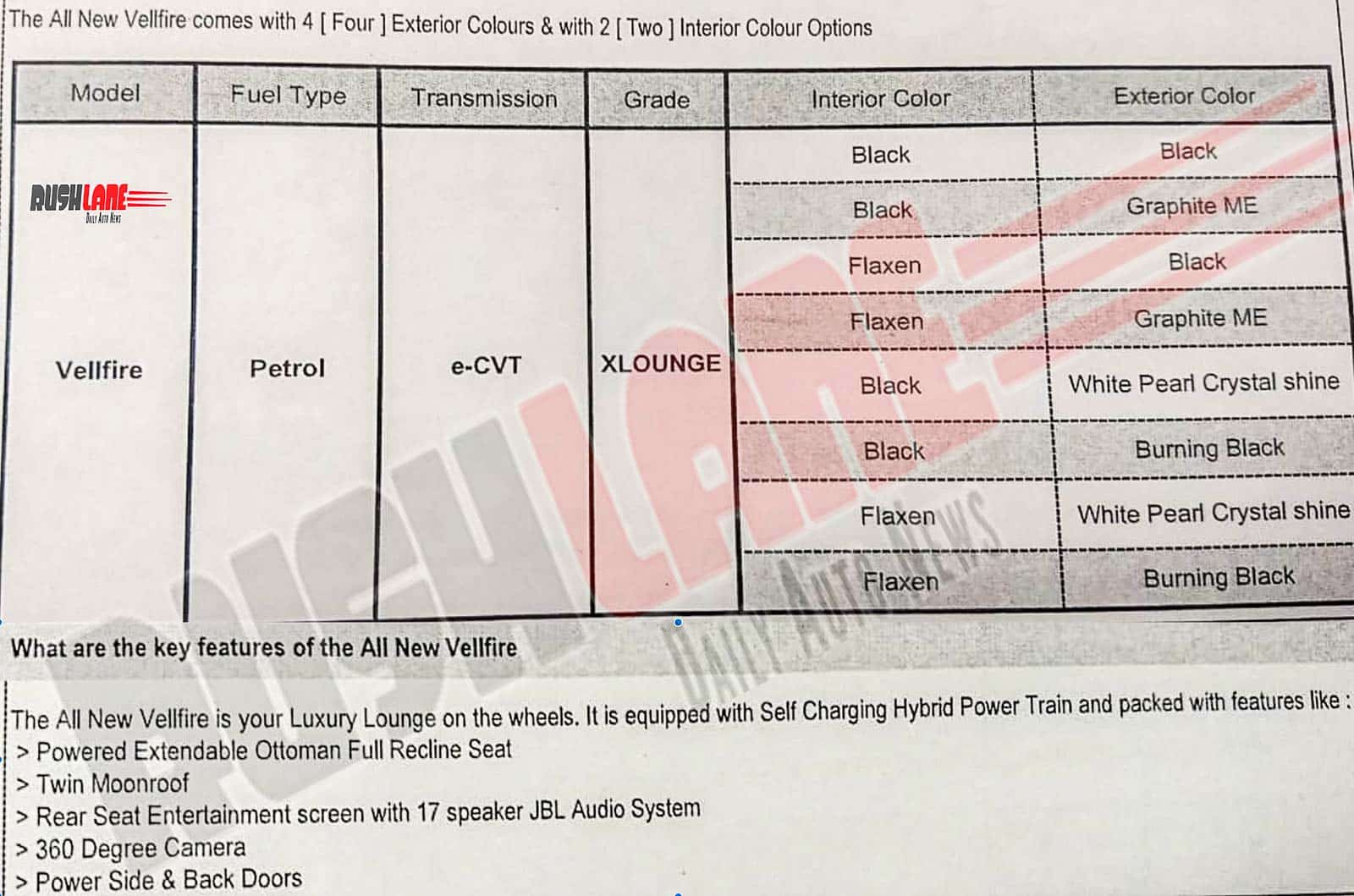 However, customers will get multiple options as far as color choice are considered. There will be 4 external paint options to choose from, namely, Black, Graphite ME, White Pearl Crystal Shine and Burning Black. Additionally, there will be 2 colour options for interiors too, black and flaxen, further adding to personalization options for customers. Confirmed features on the XLOUNGE trim will be a Twin-Moonroof, rear-seat entertainment screen which will come paired with a 17-speaker setup from JBL, 360 Degree camera, powered extendable Ottoman Full recline seats and power-sliding rear doors.

Toyota will be bringing in the Vellfire under the new relaxed homologation laws of the country which allow 2,500 units per OEM with limited tax liabilities and scrutiny. This would mean that Toyota will be taking the CBU (Completely Built Unit) route and directly importing the vehicle from its international plants (mostly, Thailand).

Pricing of the Vellfire will be on the higher side, making it one of the costliest Toyota car on sale in the country. Toyota is expected to price the Vellfire around the INR 75-80 lakh mark, placing it directly in competition with Mercedes’ V Class MPV. Competition for the Vellfire will be limited at the moment, coming majorly from various models of the V Class. Both the companies will be eyeing customers looking for a luxurious lounge like experience while they are on the move. Major customers are expected to be Institutional Businesses (like Luxury Hotels & Spas, Luxury Taxi Services, Embassies etc.) and select influential individuals (B-Town Celebs etc.).