Toyota and Suzuki joined hands to exchange cars and technology. As a part of this deal, Toyota will get to manufacture 4 Maruti cars in India at their plant in Bangalore. These 4 cars are Baleno, Brezza, Ciaz and Ertiga. All four cars will not only be manufactured by Toyota, but will also be sold with Toyota badge at Toyota dealerships in India. These will also be exported.

The first car to be launched by Toyota under this partnership is going to be Maruti Baleno. We have learnt that the Toyota Baleno is codenamed internally A11. It will be launched later this month. It is going to be a soft launch. By 26th April dispatch will start, while Toyota dealers will have the test drive cars by 30th April 2019.

Toyota Baleno will be sold only in petrol variants of Zeta and Alpha. Both variants will be offered with manual 5 speed as well as CVT automatic transmission option. Price of Maruti Baleno Zeta manual starts from Rs 6.92 lakhs while Alpha manual is priced at Rs 7.55 lakhs. CVT variants are priced at Rs 8.24 L and Rs 8.87 L respectively. Toyota badged Baleno is expected to carry an even higher price tag than corresponding variant of Baleno sold by Maruti. 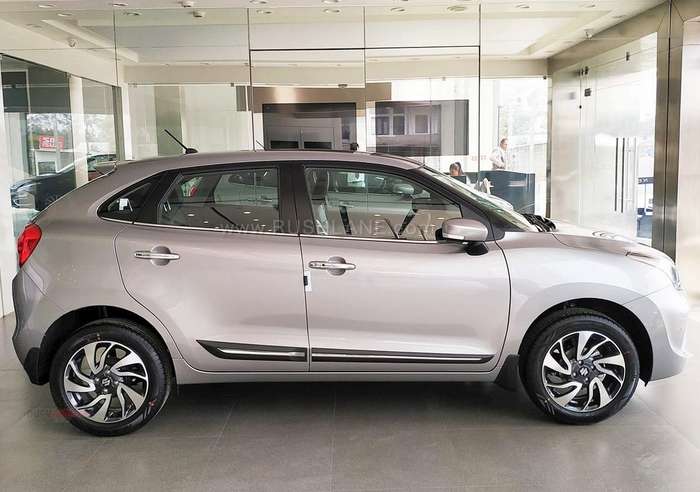 The Toyota badged Baleno hatchback is expected to receive minor design tweaks to set it apart from the existing Maruti Suzuki Baleno. Features list will be same as on offer with Maruti Baleno Zeta and Alpha trims.

It will see no change in engine specifications and will continue to draw power via a 1.2 liter L-Series petrol engine offering 83.1 bhp power and 115 Nm torque. It will be competitively priced so as to take on the Hyundai i20, Honda Jazz, and upcoming Tata Altroz.

Maruti is also testing the Baleno with mild hybrid SHVS tech in India. It is expected to launch in the coming weeks. It is not clear as of now if the hybrid variant will also be rebadged and sold as Toyota or not.