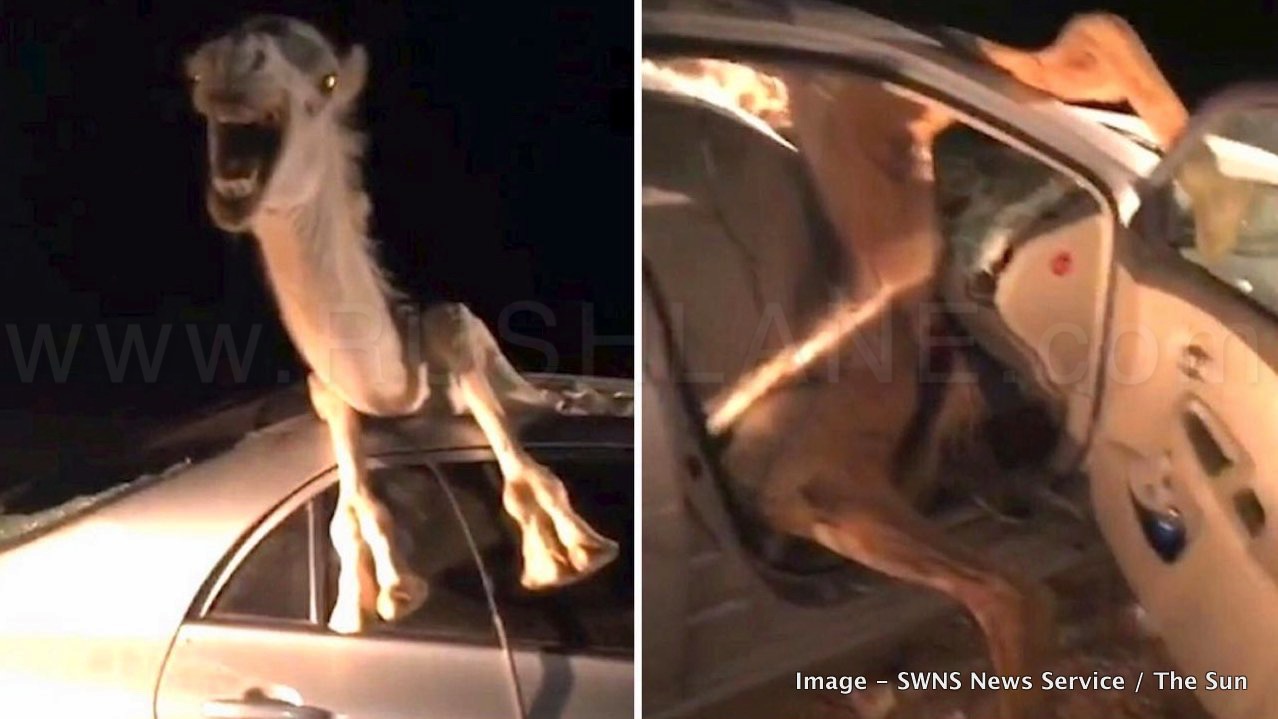 In a head-on collision, a camel smashed through the windshield of a Toyota Corolla and got stuck in the cabin. While the driver managed to escape from the vehicle, the bewildered camel was freed only after a 4 hour long rescue operation.

One can only imagine the trauma the animal had to undergo while the public tried to get it out of the car. The video had gone viral on social media, and everyone was curious about the health of the camel. Now, The Sun has has an update.

As per the report, the incident reportedly occurred on a highway near Bikaner in Rajasthan, India. The head-on collision caused the camel to crash through the windscreen of the silver colored Toyota Corolla and get stuck in its cabin.

While the driver immediately got out of the car, the camel was freed by passersby after a mammoth struggle that lasted 4 hours while the accompanying video, shows how the camel got stuck with its head in the sunroof. You can watch the video below (Viewer Discretion Advised).

The Toyota Corolla had to be cut to free the animal. While one of the camel’s legs seems to be broken, the driver escaped without any injuries.

Camels are a common sight on the roads of Rajasthan wherein 80% of India’s camel population is present, though numbers have been dwindling in recent years.

Drivers tend to speed along the roads in Rajasthan but should be aware of such slow moving animals in the vicinity and take every effort to avoid such collisions in the future.