India already has the Toyota Glanza (rebadged Maruti Suzuki Baleno) and will soon have the Toyota Urban Cruiser (rebadged Maruti Brezza), launch scheduled for 23rd Sep. However this story isn’t related to that. Suzuki has now unveiled a new car called Swace in Europe, which technically is a rebadged Toyota Corolla Touring Sports.

Like most rebadged products, there will be almost no mechanical change which Suzuki will be bringing in with the Swace. Swace will continue to remain an estate model, directly based upon the Touring Sports variant of the Corolla.

Unsurprisingly, Suzuki has confirmed one power train option, which the Swace will share with the Corolla. It consists of a 1.8 litre hybrid setup which includes a 4-cylinder 97 hp petrol motor mated to a 71 hp electric motor. Transmission duties will be taken care of by a CVT unit. 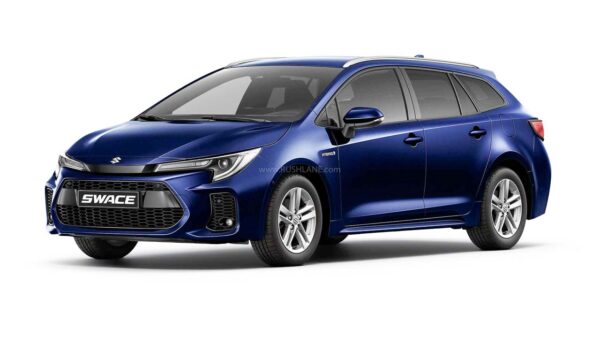 Till now, Suzuki hasn’t confirmed the power output details but most probably it should be around the 120 hp mark, close to what we have seen on the Corolla. Suzuki does claim that it can manage a 0-100 kmph (0-62mph) in 11.1 seconds and that the Swace has a top-speed of 178 kmph (111 mph).

Swace will also get a dedicated electric vehicle mode, similar to what we have seen on the Corolla. As European emission norms are pretty strict, Suzuki has further specified that the hybrid setup produces 99-115g/km of CO2 on the WLTP cycle. The Swace will still miss out Corolla’s more powerful 2 litre hybrid powertrain.

Overall differences between the Corolla and Swace are very limited. The exteriors are very similar to the one seen on the Corolla. However, Suzuki has added some elements, like a typical Suzuki grille at the front to help the Swace look more Suzuki-like. On the inside too, the changes are very minimal. It is majorly just the Suzuki badged steering wheel which can help someone differentiate between the Swace and the Corolla. 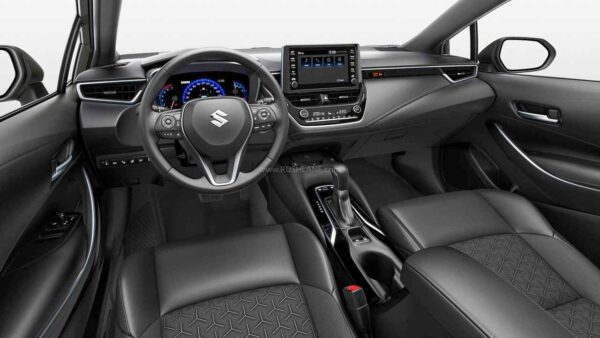 As expected, it will be Toyota which will be producing the Swace for Suzuki in the UK. Toyota’s UK factory in Burnaston, Derbyshire will be rolling out the Swace, alongside the Corolla. Pricing is expected to be around the to £27,000 mark (Rs 27 lakhs approx), which is very close to that of the Corolla Touring Sports.

It will join the Across (Suzuki badged Toyota RAV-4) as the second rebadged product in the European continent which would have come out from the Toyota-Suzuki partnership. Launch dates haven’t been revealed but are expected to be around the end of the current year.