Toyota Corolla wrapped in cow dung to beat summer heat – But does it help? 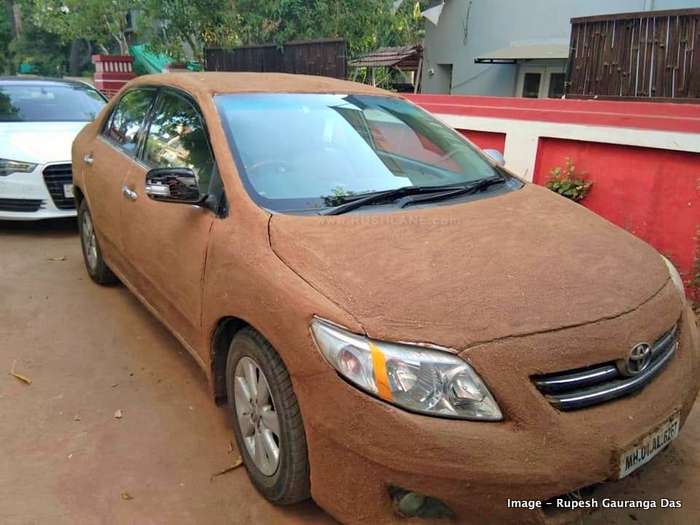 Images of a Toyota Corolla wrapped in cow dung are going viral on social media. The images were shared on Facebook by Rupesh Das. In the post it was claimed that the images were clicked in Ahmedabad, where temperatures during the day are around 45 degrees C. The post adds that the car belongs to Mrs Sejal Shah.

The images have sparked furious debates on the absurdity or innovation aspect dividing the populace. But does it really help in keeping the car cool? The following are some of the aspects affect the interior cabin temperature of a car and your AC system.

The first and the most important factor that affects interior cabin temperature is an effect called the greenhouse effect. Whenever an enclosed space is made of glass, the glass allows the light to enter completely while it stops the infrared radiation from emitting out of the car. Here are a few photographs taken on my handheld infrared based thermometer which will help you understand what this effect really means. The first photograph is of the parking surface. The ambient temp is around 40*C in Ahmedabad. However the cement surface is 60*C under the direct sun at noon. 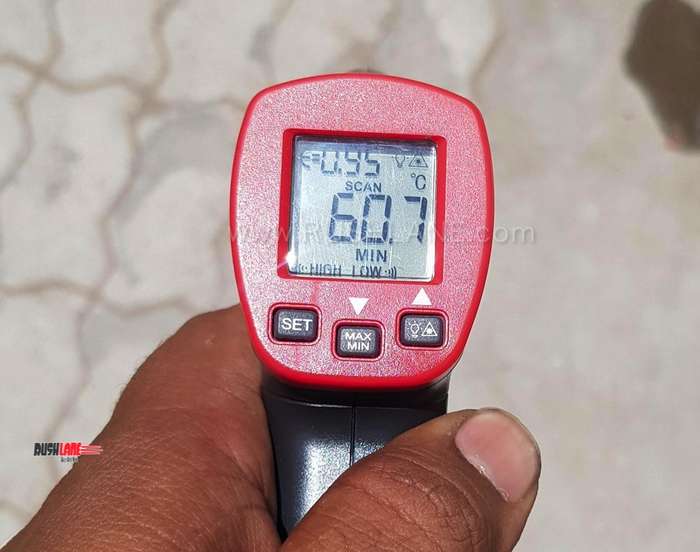 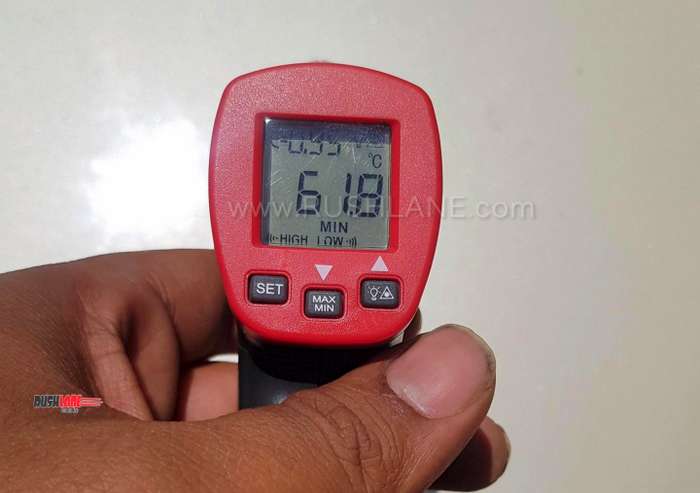 Next we check the door surface of the car which is nearly a vertical surface. The temperature is much lower at 55 degrees C since the surface isn’t facing the sunlight horizontally. 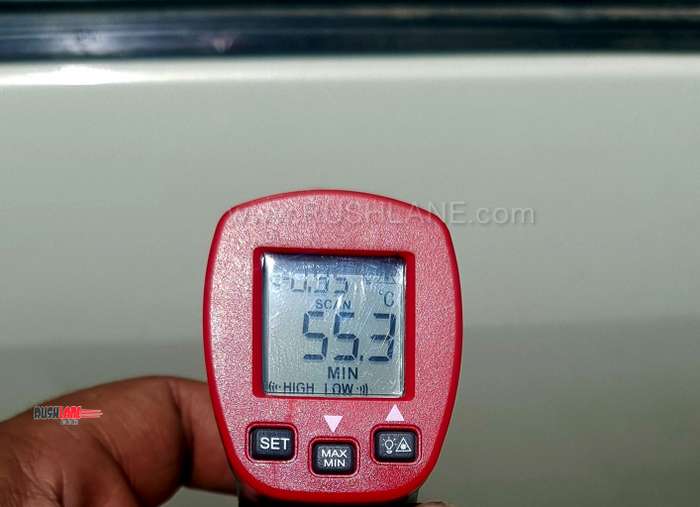 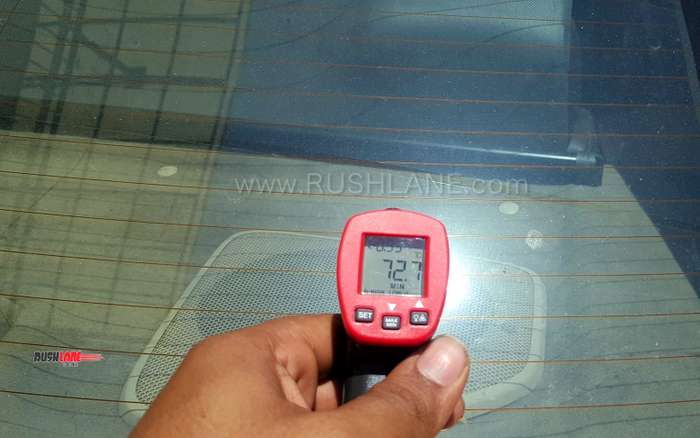 Next I check the hottest part of the car which is the area below the front windshield. 96 degrees C!!!! If you felt that the air is literally boiling when the first blast of hot air escapes it now you know that its close enough. 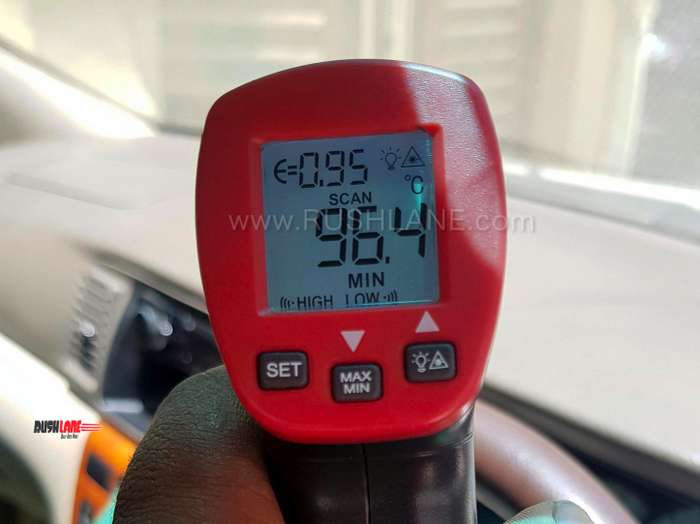 In most modern cars the front windshield is angled back for aerodynamics but the downside is that this glass area allows the maximum light inside the car and then traps the infrared escaping it. This is why dashboard discolouration begins first after a couple of years under the direct sun coupled with the heat.

After opening two of the doors and allowing outside air to cool the car, the interior seat and upholstery temperature is around 58*C which is slightly less than the ambient since its not exposed to the sun directly. 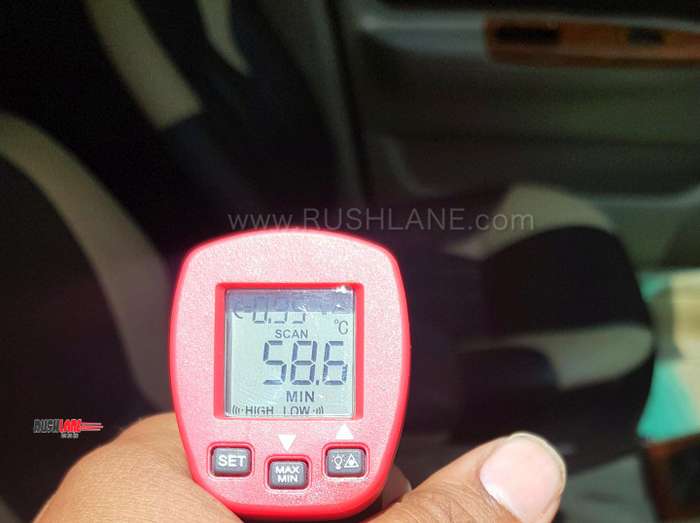 Then a part that would seem irrelevant in this discussion, the headlight has a much lower temperature of 49*C than all the other parts. Why? Because it’s chromed and highly reflective. 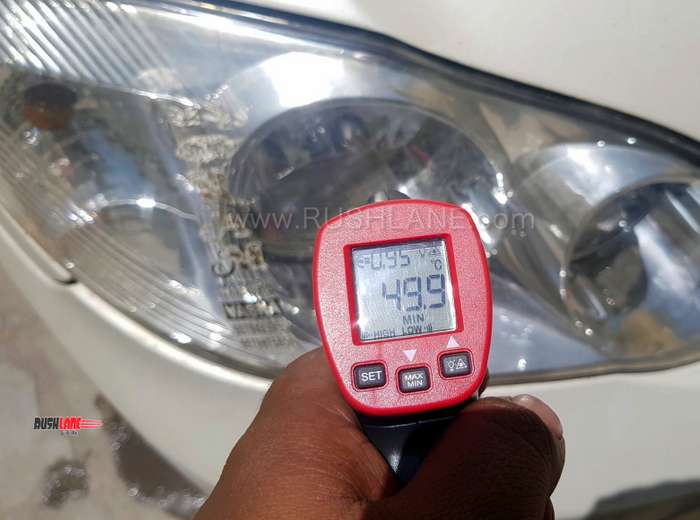 Lastly the difference between non shaded and shaded area. Trees are literally amazing! 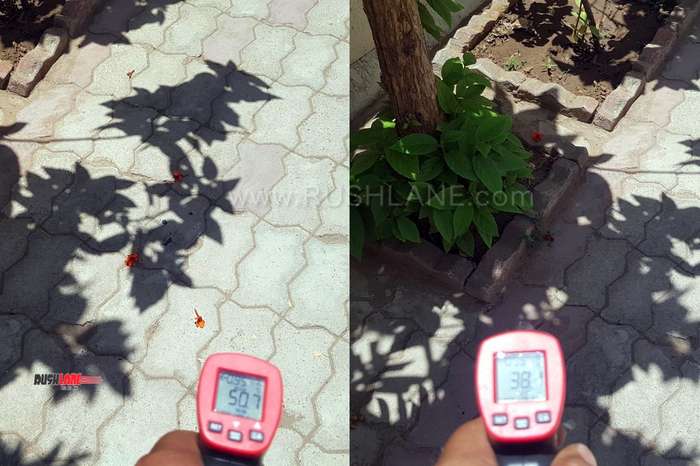 So from the above evidence it should be clear that its the light entering the car from the glass portions heats up the car far more than anything that the metal surface can even transmit.

The metal surface always will be near to the ambient temperature of the road or air around it. It can never heat the car up more than the ambient temp around it. Metals do not trap heat like glass and in fact cools down faster than glass volumes under shade. On top of that the car doors and roof are hollow and has some insulation and lining materials inside it and it never transmits the outside temperature to inside.

Applying cow dung at this point will not make any difference to the cooling factor of the interior cabin since all of the heating is due to the light entering via the glass and the infrared component getting trapped by the glass. The cow dung will in fact damage the paint of the car just like bird droppings do. If you leave a bird dropping to bake onto the car for days or weeks, it causes permanent discolouration to the paint. Secondly the rough surface of the cow dung texture will be like a sandpaper surface in a wind tunnel on the highways. Good luck with fuel economy at highway speeds. 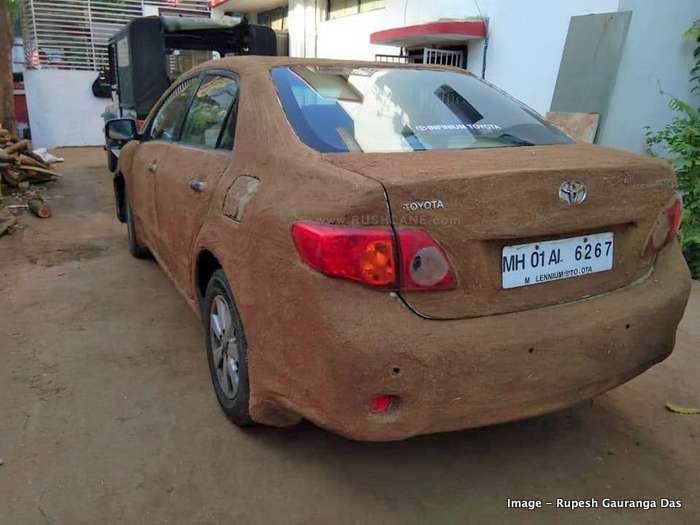 What is a better solution? If you want to really cool down your car with actual facts, there are a few minor things to check & carry out.

– Use full frame sun shades as it cuts out a lot of the light entering the cabin. Sun films of any kind are illegal as of now so we are not discussing that.

– Park in a shaded area if possible. The amount of damage done to the cars interior from the direct sun and heat will quickly degrade the interiors in a few years. If your parking is secure and private then you can even leave the windows about half an inch down so that the hot air keeps escaping and doesn’t get trapped inside the cabin.

– Check if your cars cooling system is in full health, including checking the cooling fans are working at full blast. A weak cooling system will quickly start failing in the absurd summer heat and the first signs will be the AC not able to cool and the car starting to lose power if there is no temperature gauge to refer to.

– Check your AC system yearly before the summer starts. Most of the problems I see in today’s car AC systems is slow refrigerant leak that the user doesn’t realise. Many cars lose refrigerant slowly over the year or two. Check for leaks yearly as the AC condensor unit is the first thing to get damaged since its at the very front, even from small pebbles on the highway.

Modern cars will soon come with glass that is a bit tinted, and is fully legal. This should practically help hugely in keeping the cabin cooler on a sunny day.