Inside a car showroom, you will always find cars that are shining and without any damage. Leave damage, these cars inside showroom are cleaned so often that they do not even have a single speck of dirt. The idea is simple, make the car look nice, and the chances of customer buying it increases. But, there is a Toyota dealer who is approaching the idea of selling a new car differently.

Even as we often read about a car’s safety rating with dummy drivers, it remains to be seen and proved how these cars actually perform in a life threatening situation with a human being behind the wheel. One Toyota dealer, want to show their customer how safe cars from Toyota are. 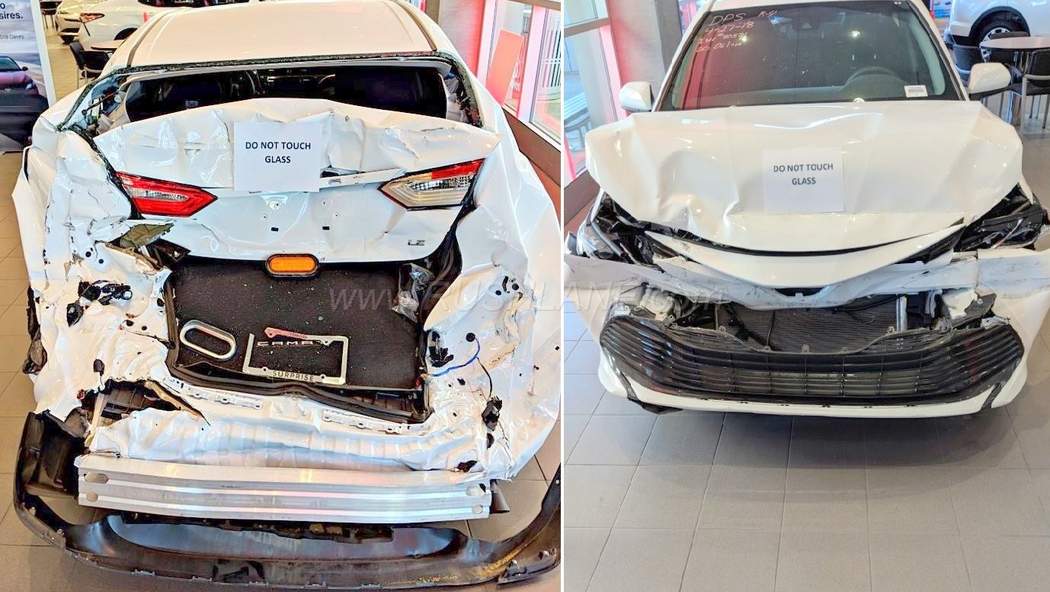 A Toyota dealership in Arizona, wherein the latest Toyota cars are generally on display, has proudly displayed the 2018 Toyota Camry that got squashed between two trucks on the highway but left the occupant completely unharmed.

The Toyota Camry in question was being driven by an employee of the same dealership identified as Ramon Suarez. He was on his way to Sky Harbor Airport to pick up a customer when he was rear ended by a semi truck which then pushed him forward towards a found large truck. Jammed between the two, the Toyota Camry and its occupant were in a precarious situation which could have had serious impact both on the car and driver. However, though the Camry was hit with force, Ramon walked out of the car totally unscathed. 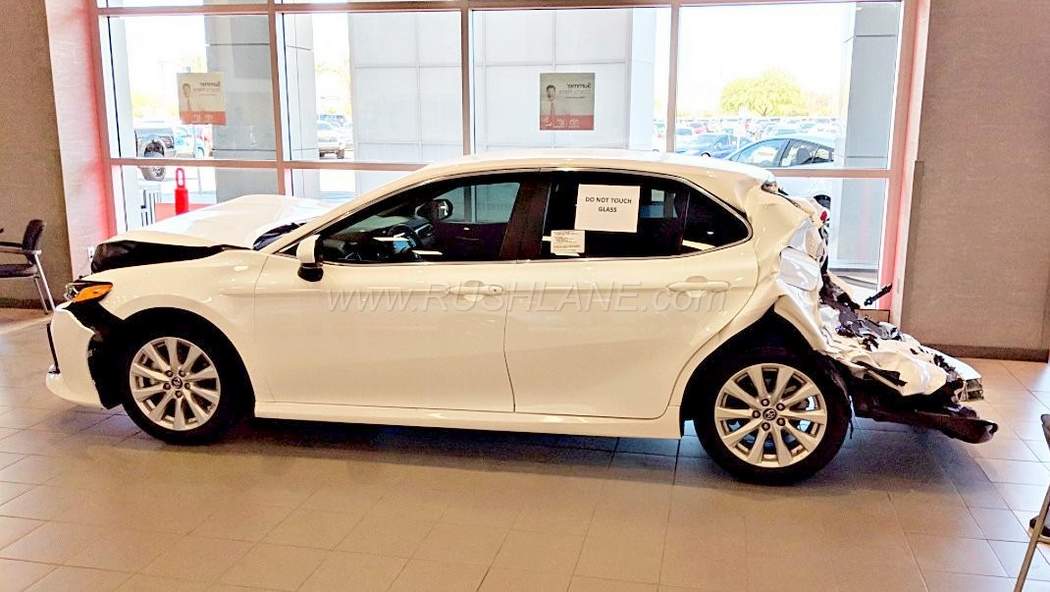 Though the rear is completely smashed, the Toyota Camry’s passenger cabin can be seen totally intact and all four doors were in perfect working condition, opening and closing as they normally do.

The crumpled Camry was retrieved from a tow yard in Phoenix and brought to the showroom for display so as to show off the strength and stability of the Camry and how it can withstand such a major crash and yet save the life of its occupant. The Toyota Camry occupies a central position in the showroom and prospective buyers are astonished to note its safety and stability factor.