Earlier today at a cross called Famous Chowk in Sangvi, Pune, a Toyota Fortuner driver lost control of the car while overtaking. The entire incident was caught on a CCTV. The car no is MH12KJ0333 and it is registered in the name of Nikhil Ashok Purohit. He is the second owner.

As per eye-witnesses, the driver of the car applied accelerator instead of brakes. Video shows that before the car crashed into the food joint – Anant Bhojanalay, another angle of CCTV shows that it was trying to overtake a biker on road. Watch the video below.

The car driver was attempting to overtake a biker on road, but at the same time, another car was coming from opposite direction. It is at this time, the driver of the car reportedly decided to apply brakes and stopping the overtaking manoeuvre, but instead ended up pressing the accelerator.

Though the driver managed to complete the overtaking manoeuvre without hitting either the biker or the approaching car, but by this time the Toyota Fortuner in question, was already out of control. It was a AWD 3.0 liter diesel powered automatic SUV. 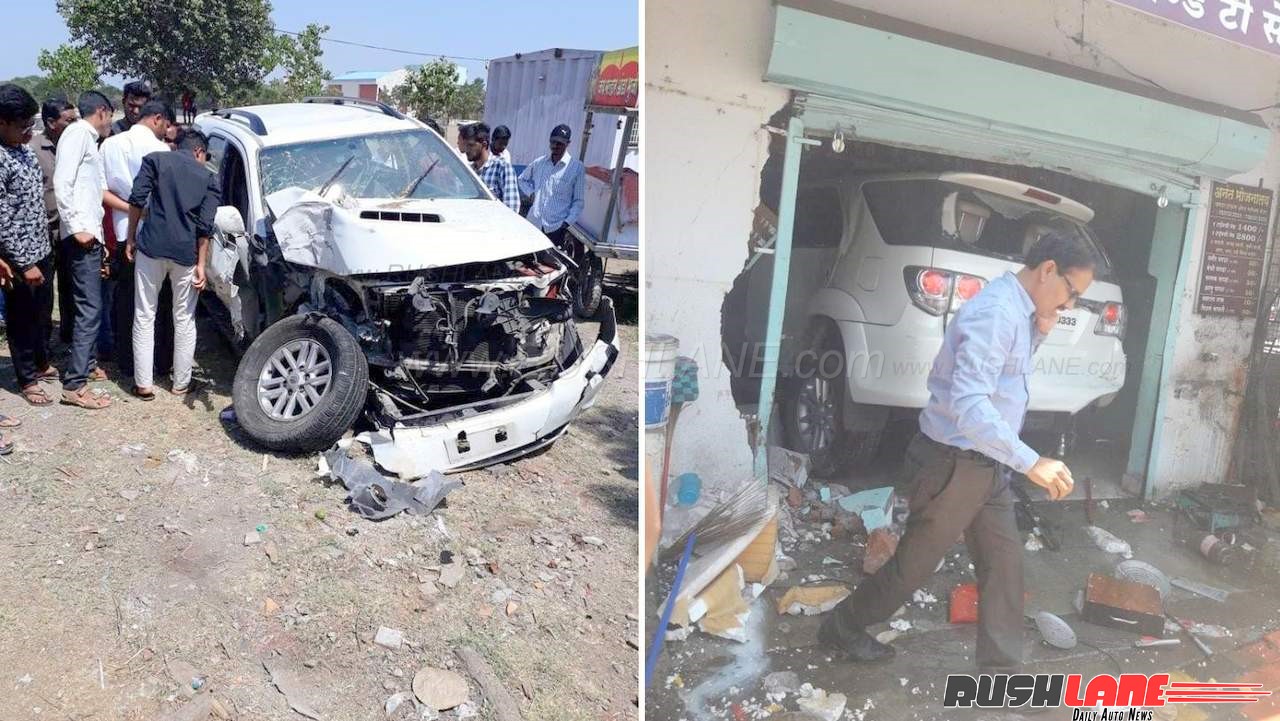 The out of control, and accelerating Toyota Fortuner SUV went right into a food joint which was at the cross road. In this incident, owner of the food joint, 60 yr old Omprakash Ambadas Pandilwar died on the spot, while four others are seriously injured. Those injured are – the cook, Basvaraj Talpate (50), Omprakash’s wife, Suvarna Omprakash Pandilwar (50), driver of the car Sachin Jadhav (40) and Omprakash’s grandson Avinash Pandilwar (10). 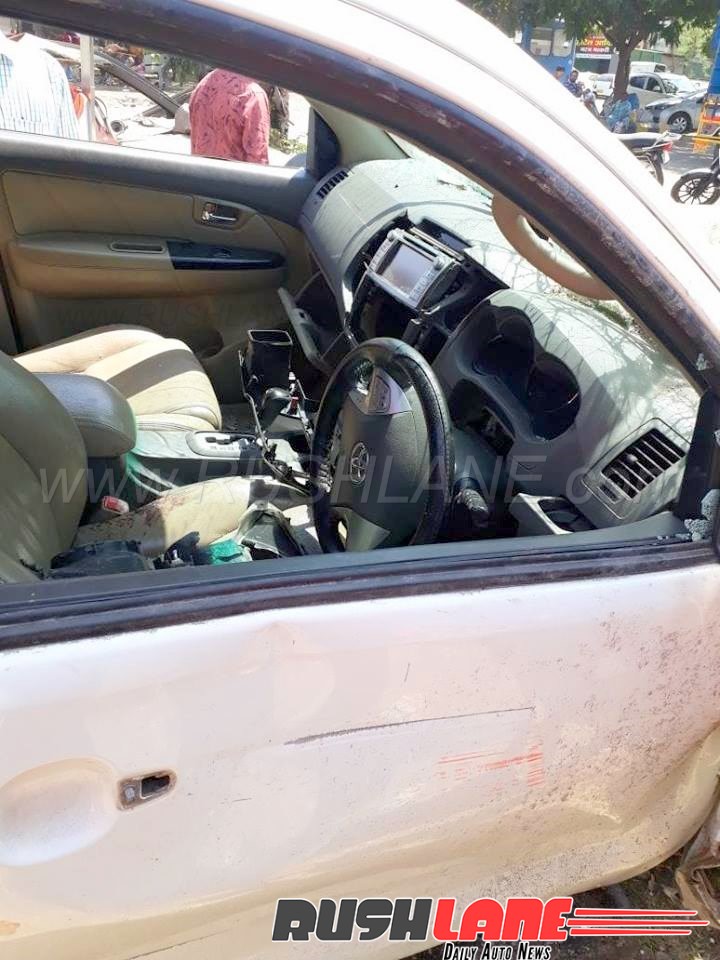 The Fortuner was later pulled out of the place. The front of the car has been completely damaged. Those in the car survived. Surprisingly, airbags did not open even though the entire front is badly impacted. Probably the driver was not wearing a seatbelt.

Owner of the car stated that Sachin, who is their driver, has been driving the same car for very long time and has been a responsible driver. He is surprised why Sachin did not apply brakes, or turn the car out of danger. Local police has registered a case and are investigating the incident. No one has been arrested yet. But they have filed a case of negligent driving against Sachin. Once Sachin is ready to give statement, the police will know better as to what lead to the accident.