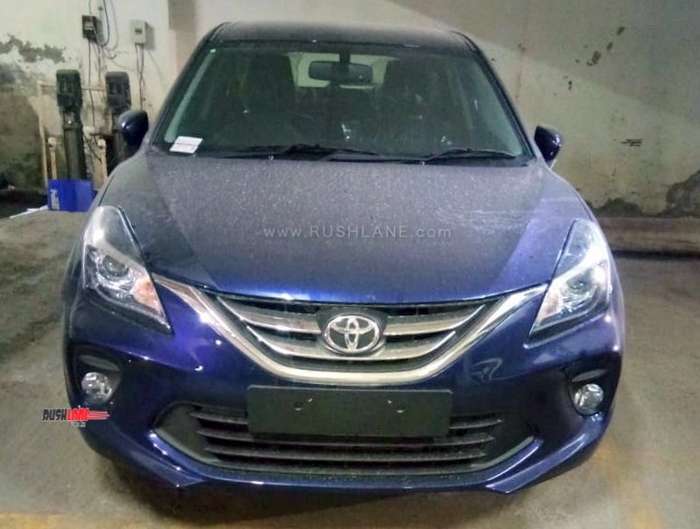 ‘Glanza’ is the official name of the rebadged Maruti Baleno hatchback which will be retailed via Toyota dealers from 6th June. It is the first car that will be launched under the Toyota Suzuki alliance, which was announced in 2017. Earlier this month, Toyota released the first teaser, which revealed the name of the car. Now, front and rear of Toyota Glanza have been revealed in leaked photos.

Toyota Glanza follows the same design as seen on the Baleno. It is basically the same as Maruti Baleno. No difference, apart from badges and a new grille. It will come in 5 color options of grey, red, blue, silver, and white. The interiors will sport minimal changes.

As you can see in the leaked photos of Toyota Glanza, the front features the same chrome lip on the grille, but instead of the black part of Maruti Baleno’s grill, Toyota has given Glanza thick slats of chrome. At the rear, there are no changes, except for Toyota badge in the center, Glanza badge at the left and variant badge on the right. Compared to Maruti Baleno, Toyota Glanza looks a bit outdated to me. 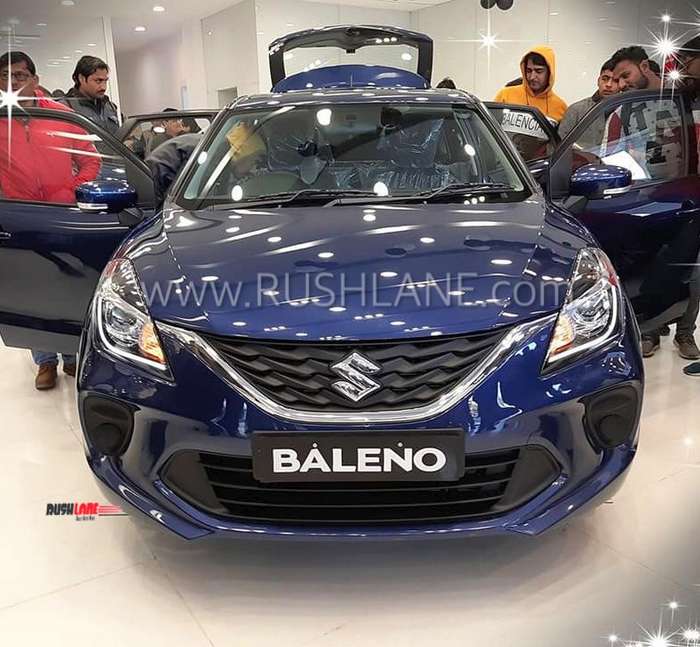 Toyota will launch the new Glanza in trim levels of G and V; which are equivalent to Baleno’s Zeta and Alpha trims. It will be powered by a single 1.2 liter, K12B, 4 cylinder petrol BS6 engine; which also powers Maruti Suzuki Baleno. It is capable of 83 bhp power and 113 Nm torque mated to a 5 speed manual gearbox. It will also be offered with CVT on both variants. Mileage claimed is more than 21 kmpl. It is the first BS6 petrol engine from Maruti. Glanza will not be offered in a diesel engine option.

Toyota Glanza will officially launch on 6th June 2019 with bookings set to open in the coming days. The premium hatchback will also gain in terms of warranty; with Toyota promising a 3 year/100,000 km warranty as against the 2 year/40,000 km warranty offered by Maruti Suzuki on the Baleno.

No prices have been announced as on date but the Glanza will be more expensive than the Maruti Baleno. Both cars are made at the Suzuki plant in Gujarat. The Toyota Glanza will compete with the likes of Maruti Baleno, Hyundai Elite i20, and Honda Jazz. Maruti Baleno is the best selling car in the segment with about 18k monthly sales on average. Toyota Glanza monthly sales are expected at 2k units. There is disagreement between Maruti and Toyota as to who will claim sales of Glanza. Maruti says they will add sales of Glanza under their monthly total sales, to which Toyota has replied not possible. Automotive body SIAM has said they will make sure double counting does not happen.