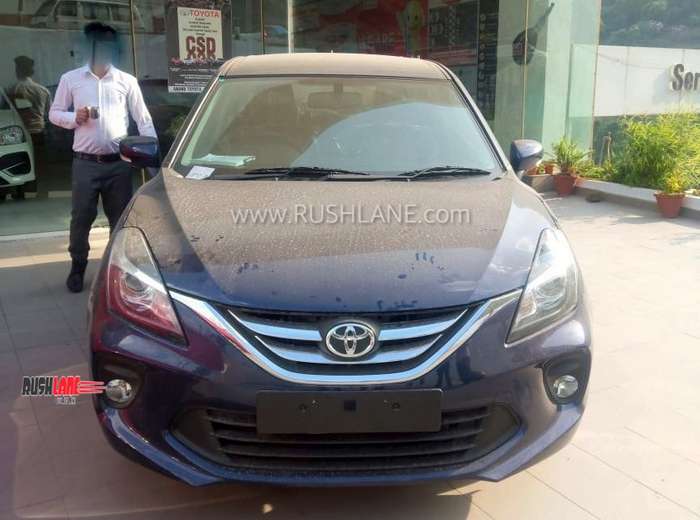 Toyota Glanza has started to arrive at dealer showrooms. Test drives will commence this week. This rebadged Maruti Baleno based premium hatchback, will be officially launched in India on 6th of June. It is the first of Toyota badged cars as a part of the Suzuki -Toyota alliance which was announced in 2017 to share cars and platforms, both globally and in India.

Toyota Glanza looks identical to the Maruti Baleno, except for the distinctive Toyota badging on the outside and inside. The new Glanza also gets a new front grille.

Toyota Glanza will be offered in two variants which are mid-spec V and top-end G variant. These are equal to the Baleno’s Zeta and Alpha trims. The Glanza will be powered by petrol 1.2 liter, 4 cylinder petrol engine which also powers the Baleno. This engine is BS VI compliant and offers 83 bhp power and 113 Nm torque mated to a 5 speed manual gearbox. Both variants will also come with CVT option, for those buyers who want automatic gearbox. No diesel option will be on offer. 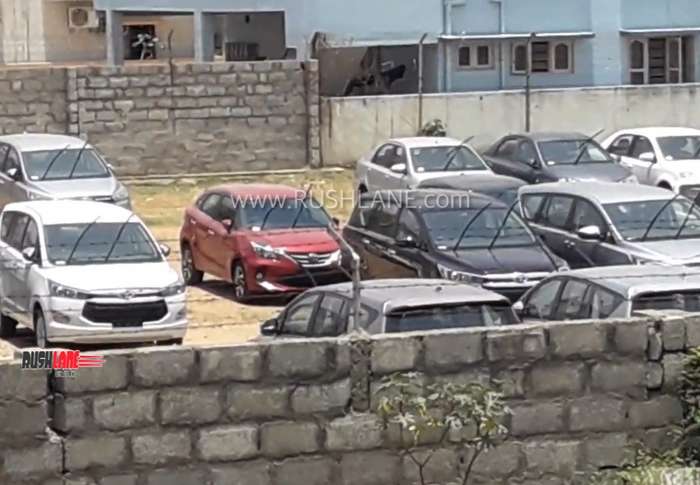 Toyota Glanza will be open for bookings in the coming days. Though no pricing details have been revealed as on date, it is confirmed that the price of Glanza will be higher than that of Maruti Baleno. Baleno Zeta trim is priced from Rs 7.05 lakhs, while the Alpha top 1.2 AT costs Rs 8.99 lakhs.

Toyota is also offering a 3 year/1,00,000 km warranty on the Glanza. This is more than what is offered by Maruti Suzuki India on Baleno. Maruti Baleno comes with a standard warranty of 2 year/40,000 km.

Both Maruti Baleno and Toyota Glanza are manufactured in the same plant – Suzuki Motor India plant in Gujarat. It is from here that the Baleno is dispatched to Maruti dealers across India, and so is the Glanza, which is dispatched to Toyota dealers.

Last month over 350 units of Glanza were produced at the plant, which have either reached or are currently heading to Toyota dealers. Despite Glanza being a Toyota car, its sales figures will be incorporated in the Maruti sales report in India. Toyota had earlier disagreed to this, but now have agreed as Maruti has reported Glanza in their sales report of April 2019, under the ‘Sales to other OEM’ section.