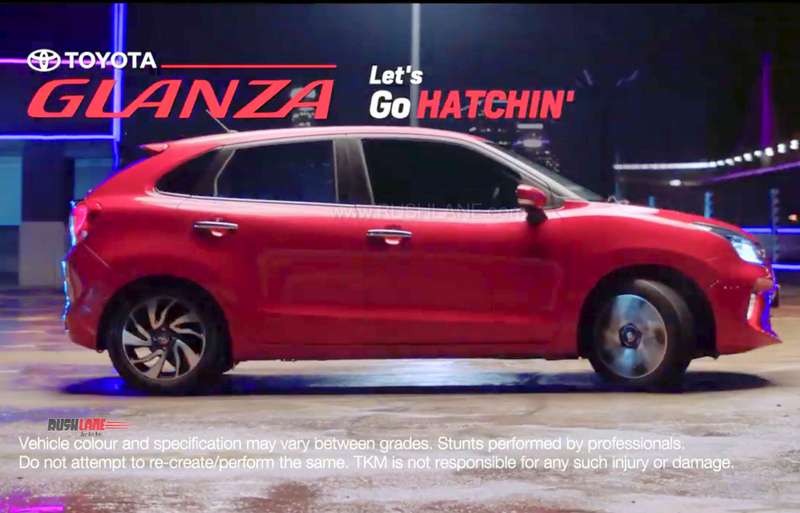 Toyota Glanza, the rebadged Maruti Baleno, is a premium hatchback. It is launched as the first first car which is a product of the joint venture between Toyota and Suzuki. It comes in at an introductory price lower than the Baleno in a bid to attract buyers. Glanza is offered in four configurations – G MT Smart Hybrid (Rs 7.22 lakhs), G CVT (Rs 8.30 lakhs), V MT (Rs 7.58 lakhs) and V CVT (Rs 8.90 lakhs).

Toyota Glanza and Suzuki Baleno share the same platform. There are also no structural differences between the two and both the models are produced at the Suzuki plant in Gujarat. Despite these similarities, the Glanza is slated to offer a better experience to buyers combined with Toyota’s superior sales and service network.

Toyota Glanza, which is based on the Baleno top spec Zeta and Alpha variants, is presented in two variants of G and V and four trims of G MT, V MT, G CVT, and V CVT, along with five color options of red, blue, silver, white and grey.

Its exteriors see most of the design elements borrowed from the Baleno but it receives a revised front grille and distinctive Toyota badging at the front and rear. The Glanza gets LED head and tail lamps and sits on 16” two tone alloy wheels.

Interiors of the Glanza see several driver, passenger comfort and infotainment features. It gets a 7” touchscreen infotainment system with Android Auto and Apple CarPlay. The Toyota Glanza also borrows Baleno’s SmartPlay Studio which it calls ‘Smart Playcast’ (in Maruti it is called Smart Play).

Driver seat can be manually adjusted while other features include 60:40 split rear seat, keyless entry and rear parking camera along with follow me home headlamps. ABS, EBD and dual front airbags are offered as standard.