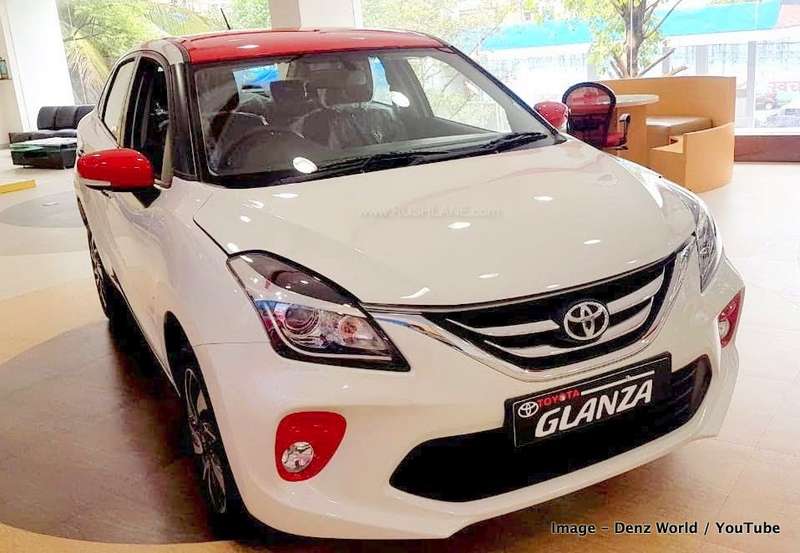 Even for cars that don’t offer dual-tone colour option, customers are getting it done at dealer level. In one such instance, recently launched Toyota Glanza gets a dual-tone paint job, which adds more zing to the car’s exteriors.

A rebadged Maruti Baleno, Toyota Glanza is currently offered in monotone colour options of Red, Grey, Blue, Silver and White. Now, to make things interesting, every now and then we have seen authorized dealers of car makers add a bit of zing on their own, and put it up for sale. Similar is the case here. Photos credit to Denz World / YouTube. 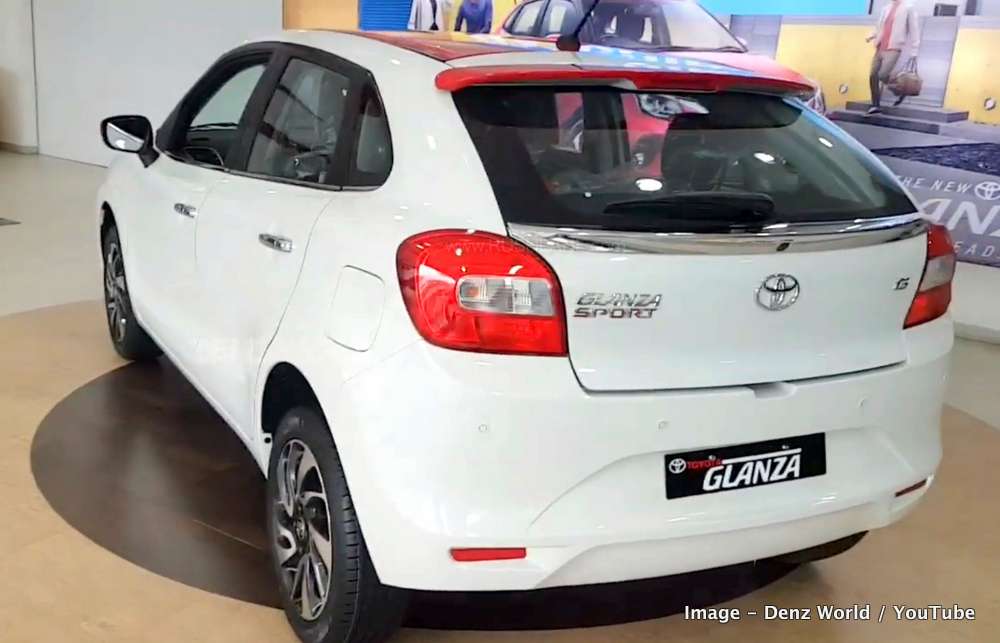 A Toyota Glanza Cafe White variant has been given a dual tone treatment, and is named Glanza Sport. It is technically a single colour scheme, but some elements of Black can be seen on the A, B, C pillars and fog lamp housing. The dual-tone paint job done at the dealer level has added Cherry Red shade to the roof, rear spoiler, ORVMs, and foglamp housings. The customization has been done based on the preferences of a customer and not everyone might find it to be attractive. Toyota Glanza Sport costs about Rs 20,000 more than the standard Glanza.

Toyota Glanza was launched as part of the global agreement between Toyota and Suzuki for sharing their products and technology transfer. Other than the badging, some cosmetic updates, improved warranty terms, competitive pricing, and the promise of Toyota’s world-class service, Glanza is the same as Maruti Baleno. Glanza is based on Baleno facelift that was launched this year in January.

In the future, Toyota will launch rebadged versions of other Maruti Suzuki cars such as Vitara Brezza, Ertiga and Ciaz. As Toyota will increase its focus on India specific products, models likes Corolla Altis and Yaris will be discontinued.