It was only recently that Toyota USA unveiled its new 2021MY Venza crossover, also known as the Harrier outside North America. The Venza or Harrier shares its TNGA (Toyota New Global Architecture) platform with the latest-gen Toyota RAV4 and Lexus RX range.

Spanning 4,470mm, 1,855mm and 1,660mm in length, width and height, respectively, the Toyota Venza perfectly adds to the US market’s affinity towards mid-size five-seater crossovers or ‘urban SUVs’. Reports state that it will be priced from around $35,000 once it is launched sometime this August. Around the same time, Toyota Kirloskar Motor plans to launch the entry-level Urban Cruiser in India. 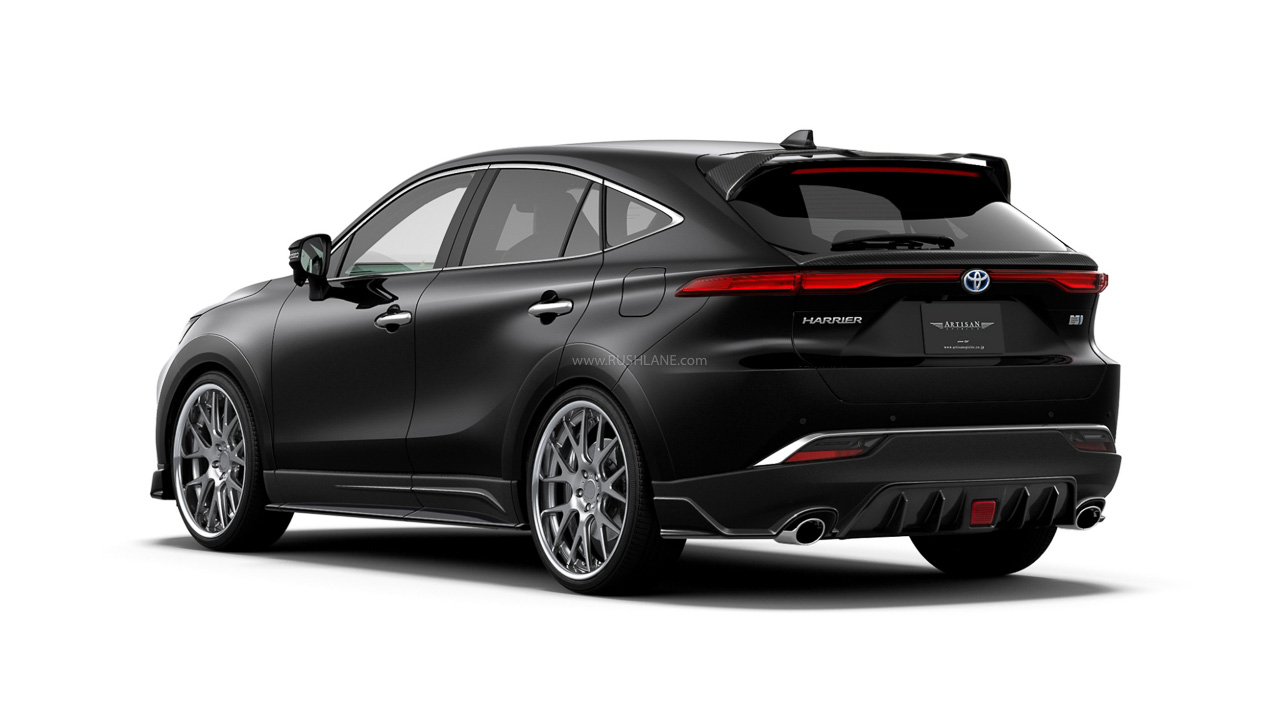 Artisan Spirits, an automotive customisation firm from Japan, has introduced a new body kit or styling pack for the Toyota Harrier/Venza in less than two months from its official debut. At the moment, the kit follows form over function but there are chances of Artisan Spirits introducing performance-focused upgrades in the near future.

In its stock format, the 2021MY Toyota Harrier is a good-looking crossover employing a modern-day JDM design language. Artisan Spirits’ new body kit has made it aesthetically more aggressive. Notable additions include a new bonnet, redesigned bumpers, side skirts, spoiler (two units actually; on the roof and boot lid), larger wheels, etc. It sits much lower as well. Even though the firm has mentioned “Venza” in the description, we do not expect the styling option to leave its home island.

As mentioned before, the engine department remains untouched. The 2.0-litre NA petrol powertrain packs 169bhp and 207Nm. It is mated to Toyota’s Direct Shift-CVT that powers either the front wheels or both axles. On the other hand, the 2.5-litre petrol hybrid variant employs an 88kW (118bhp) electric motor in line with the 176bhp ICE unit. The combined output stands at 215bhp in lesser FWD trims and 219bhp in AWD format (like the US-spec Toyota Venza).

On the inside, the crossover features a 12.3-inch touchscreen, digital IRVM, premium JBL sound system, electrochromic panoramic sunroof, soft-touch ACC buttons, powered tailgate and more. In addition to this list, the 2021MY Toyota Harrier/Venza comes with a host of safety and driver assists.