HomeCar NewsToyota Kirloskar Motor - A journey that started 20 years ago in... 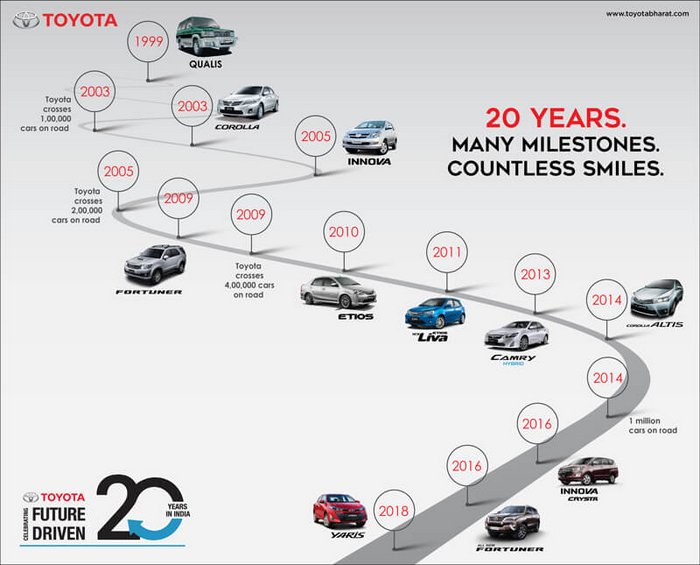 Toyota, in a joint venture with Kirloskar Group, started its operations in India in 1999. It has completed 20 years in the country as Toyota Kirloskar Motor and over these two decades has achieved sales well over the 1 million unit mark. The company’s lineup as on date includes the Innova Crysta, Fortuner, Corolla Altis, Camry Hybrid, Yaris, Etios, Etios Liva, Etios Cross, Prado, Land Cruiser and Prius plug-in hybrid.

With this diverse lineup, the company has catered to a wide range of segments in the country and is constantly improving its standards in terms of quality, safety, fuel efficiency, performance and comfort.

The Toyota Kirloskar journey started with the Qualis launched in 1999, Corolla in 2003 and Innova in 2005. The journey continued with launch of Fortuner in 2009, Etios in 2010 and Innova Crysta in 2016 while last year the Yaris was launched. The new generation Camry hybrid launched in January 2019 has been well received among consumers. In 2014, the company reached a 1 million sales milestone while in FY2017-18, the company sold 1,40,645 units, thus making it the country’s sixth largest carmaker. 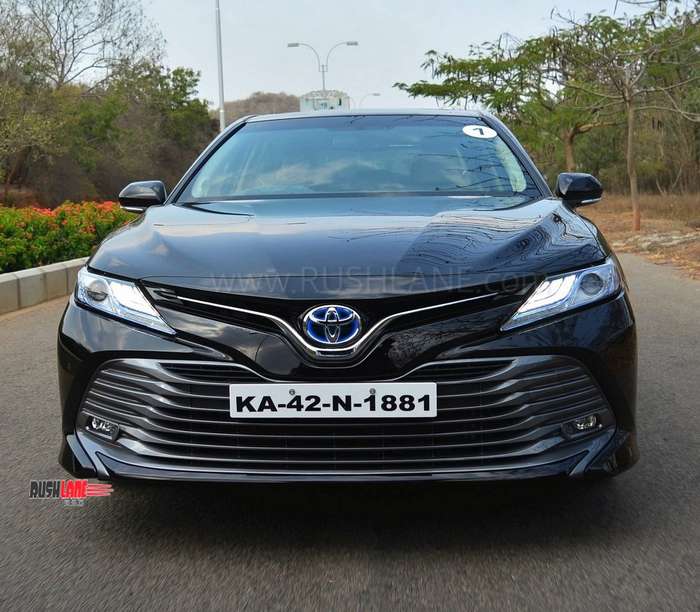 Toyota Kirloskar Motor’s key principals are Customer First. The company is constantly offering better services to augment safety and convenience of its customer and in 2017 launched ‘Toyota Connect India’, a smartphone app. This cloud based app caters to customer’s mobility and ownerships demands and is supported by a dedicated call center along with the company’s dealer networks and service providers.

Toyota Kirloskar Motor had also its first driving school in Kochi in 2015 which was soon followed by 11 other driving schools and now as a part of the company’s ‘Safest Car with Safest Driver’ mission for road safety, it plans to have 50 such schools across India by 2020.

Toyota’s new partnership with Suzuki carries much importance to the brand. Suzuki will be supplying Toyota with the Baleno while Brezza, Ertiga and Ciaz will also be sourced by Toyota from Suzuki. The Vitara Brezza will be produced at the Toyota Kirloskar Motors plant in Bidadi, Karnataka from 2022 and in return Toyota will help Suzuki in terms of hybridization and electrification along with the supply of the Corolla. A new C segment Toyota MPV will also be developed along with Suzuki.