Long overdue, second-gen Toyota Innova Crysta has received its first major facelift. The updated MPV was launched in Indonesia, where it is called Kijang Innova. After Indonesia, Toyota has launched the facelift Innova Crysta in India today. It is offered in 3 variants of GX, VX & ZX. Price range from Rs. 16,26,000 to Rs. 24,33,000 Ex-showroom. Below are all variants, and its pricing.

Facelift Innova comes with several cosmetic enhancements, even though the core design has been retained. Most of the visual changes have been incorporated at the front. For example, the grille design has been refreshed and it now has simpler, yet elegant looking horizontal slats. A thick chrome strip borders the grille, which further enhances the car’s visual appeal. Images are credit to Pravesh and George Thomas. 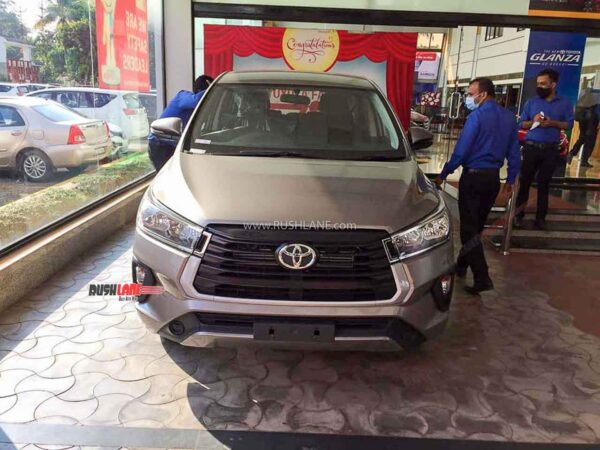 Among other changes, headlights get chrome borders with extensions that seamlessly merge with the front grille. The design of LED DRLs has also been updated. Fog lamps are now housed in a triangular shaped casing and are placed vertically. The updated bumper now looks more rugged, featuring blacked-out elements and a faux, silver coloured skid plate.

Innova facelift side profile has been left largely untouched. However, it does get new 16-inch alloy wheels. The finishing could vary depending on the variant. For example, base variants will have silver finished alloy wheels whereas high-end variants could get diamond-cut alloy wheels. At the rear too, there are minimal changes. 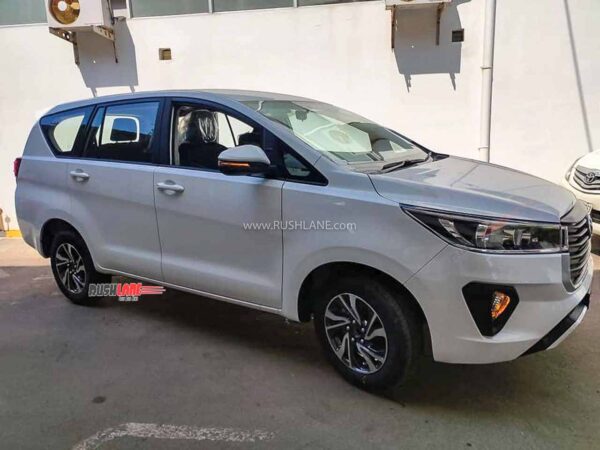 Talking about interiors, the updates include an all-black theme, redesigned instrument cluster, and captain seats in the middle row. A 7-seat variant will also be available. Top variants will get additional updates such as inbuilt air purifier and a new 9.0 inch touchscreen infotainment system with support for Apple CarPlay and Android Auto.

It also gets new upholstery colour of Camel Tan in the ZX grade. Besides, customers can now enjoy vehicle connectivity features such as real-time vehicle tracking, geofencing, last parked location and many more as optional accessories in the new Innova Crysta. 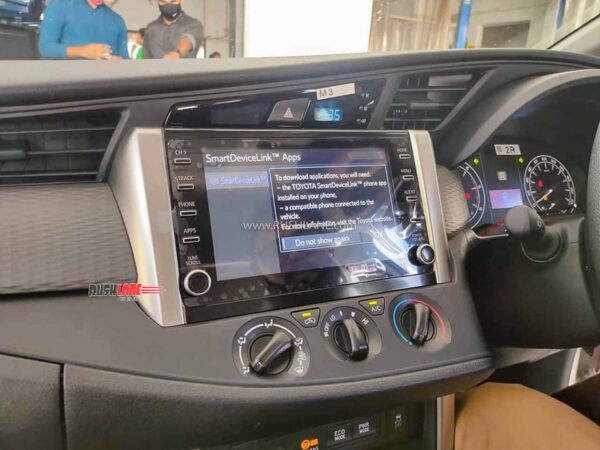 In Indonesia, Toyota Innova Crysta facelift will continue using the existing engine options. The 2.0 litre petrol mill makes 139 hp whereas the 2.4 litre diesel unit makes 149 hp. In India too, engine options will be the same as the current model. These have already been updated to BS6. 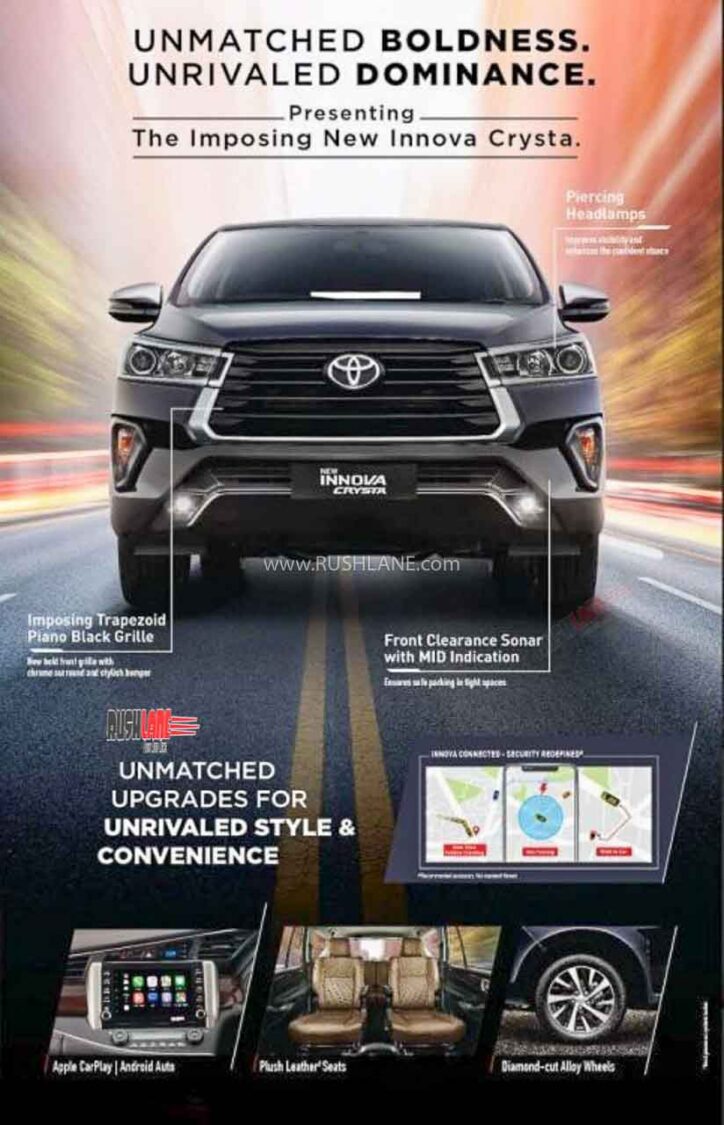