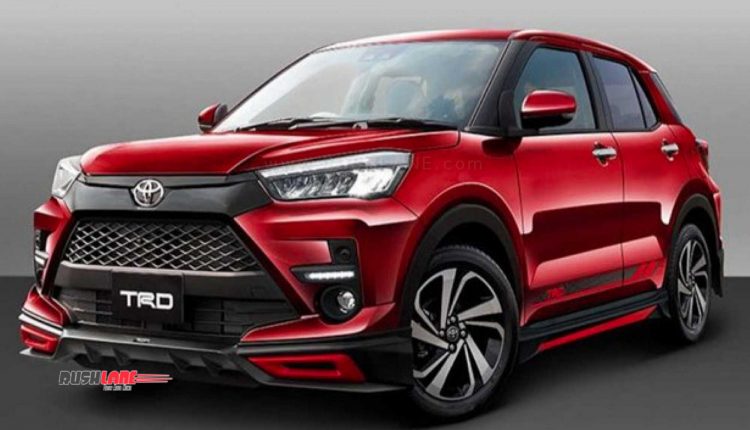 Toyota had recently launched the Raize SUV in Japan and now its TRD (Toyota Racing Department) & Modellista divisions have used their capabilities to introduce modified versions of the compact SUV.

While the Raize comes with multiple single-color options, TRD has upped the oomph factor by bringing in dual-tone elements for the Raize. TRD kit fitted Raize gets a new matte-black front spoiler, dual tone side skirts, contrast bumpers on the front and rear and the quintessential typical red TRD highlights and decals all across the body. On the inside too, there are places where the TRD name shines, for example on the red TRD-branded start/stop button and a TRD badged luggage mat. 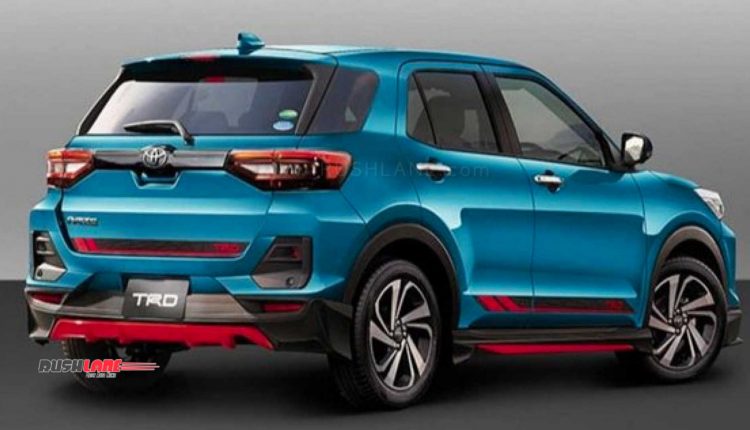 As seen with most TRD editions, there is no change in the mechanicals of the SUV. The Raize draws power from a 1 litre turbocharged 3 cylinder petrol engine which dishes out 98hp and 140.2 Nm of max torque. Currently, only a CVT unit is being offered by Toyota, however there are chances that a 6-speed MT might get added later.

Customers have an option to choose between a 2WD configuration and a 4WD configuration. Fuel efficiency figures stand at 18.6 kmpl for the 2WD variant and 17.4 kmpl for the 4WD option, however these might drop slightly, thanks to the added weight and equipment due to the mods carried out by TRD.

On the inside, customers get a host of creature comfort features. The Raize has a large 9 inch touchscreen infotainment unit which is compatible with both Android Auto and Apple CarPlay. It also gets cruise control, FATC (Fully Automatic Climate Control), keyless entry, push-button start, steering mounted controls and heated front seats.

While the Raize is technically a Ford EcoSport and Hyundai Venue competitor, reports suggest that Toyota and Suzuki might use its platform to spawn a new mid-sized SUV for India. This new SUV will most likely measure around 4.3m in length, directly competing with the likes of Hyundai Creta and Kia Seltos. Chances of the Raize coming to India are slim as Suzuki already has the Brezza and Toyota is interested in getting the Brezza badged with a Toyota logo soon, just the way it did with the Baleno / Glanza.