Toyota Rush SUV, which was introduced in South Africa in two variants last month, has now been announced for launch in Pakistan. Toyota Rush is offered in two variants in South Africa, priced at R299,900 (Rs 14 lakhs) for the manual variant and at R313,500 (Rs 14.6 lakhs) for the four speed auto variant. In Pakistan, the car is expected to be priced from PKR 32 lakhs (about Rs 18 lakhs).

Toyota Rush is also offered with TRD accessories, which include a TRD front bumper with faux diffuser and skid plate at the rear, TRD side moldings, TRD fog light covers and decals on rear door and boot lid. It is not yet clear if these will be offered at launch of later. 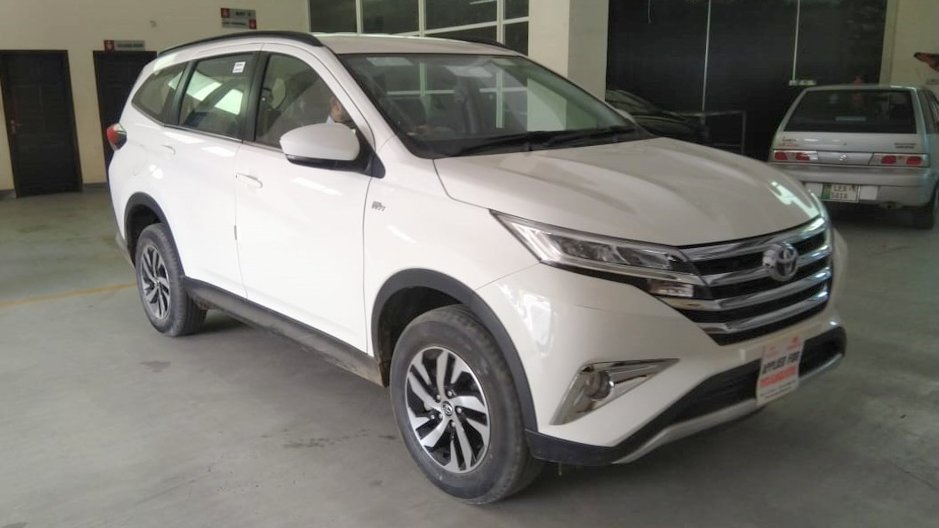 In terms of design and dimensions, the new gen Toyota Rush is a perfect rival to the Mahindra XUV500 or the upcoming Tata H7X seven seater in India. It receives LED headlamps, a large trapezoidal front grille with horizontal slats finished in dark grey along with a centrally mounted Toyota logo, a silver finished skid plate, black roof rails and a body colored spoiler.

At the rear, LED tail lamp clusters and a contoured line running from bumper to rear diffuser area is noted. Exterior color options include white, silver, ruby metallic, bronze metallic and black. The Toyota Rush measures 4,435mm in length, 1,695mm in width and 1,705mm in height. It gets a 2,685mm long wheelbase and sits on 17” alloy wheels. 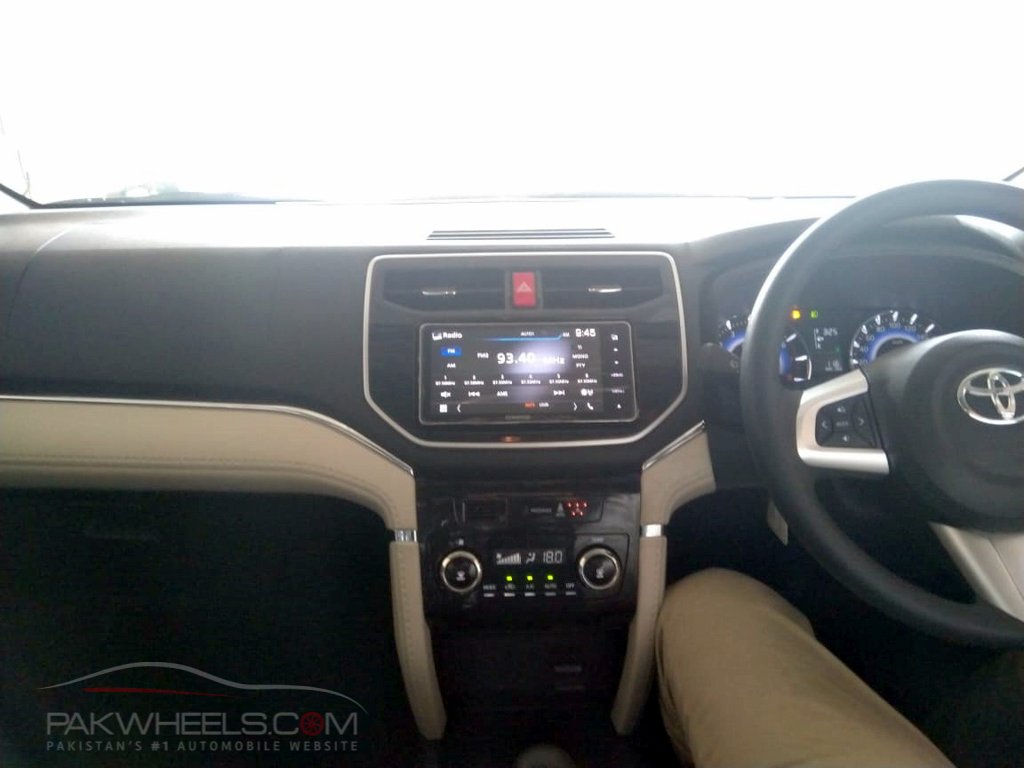 Toyota Rush is comfortable for upto 7 adults and comes in 3 row seating. Its interiors are seen with black fabric seats and black fabric inlays on door panels. The seat at the rear gets three independently adjustable headrests with 60:40 forward function. The upper dashboard gets a touchscreen audio system with Bluetooth, USB and Android Auto and Apple CarPlay while the lower dashboard comprises of a dual zone electronic climate control, 12V accessory connector and storage area. Cargo area is of 609 liters while rear seats can be turned down independently so as to increase this space.

Even as Toyota India has not officially announced plans to launch the SUV in India, reports are doing rounds that the SUV will be launched here soon. Spy shots have already surfaced online. Once launched, the Toyota Rush will be a perfect rival to Mahindra XUV500 and upcoming Tata H7X. Here in India, it will sit below the Fortuner in the company line-up.