The Toyota S-Presso, if at all conceived, would feature a slightly revised front fascia

The product sharing arrangement between Toyota and Suzuki in India started off with the Maruti Baleno which is also being marketed as Toyota Glanza. The scope of this arrangement is set to extend to the Vitara Brezza crossover (Urban Cruiser), Ciaz sedan as well as the Ertiga MPV which are set to spawn their respective Toyota counterparts in due course.

The rebadging exercise would enhance Maruti Suzuki’s volumes while allowing Toyota Kirloskar Motor to establish its presence in new market segments without having to shell out significant investments. Moreover, Suzuki will benefit from its partner’s expertise in hybrid powertrain technology.

If the Toyota Glanza’s initial market response is anything to go by, this partnership can be described as fruitful. So, will the two Japanese automakers further widen the scope of product sharing? Will Toyota be interested in exploring the cost-sensitive small car segment through this route? We think it is unlikely but it doesn’t hurt to imagine how the Maruti S-Presso would look like with Toyota badges. 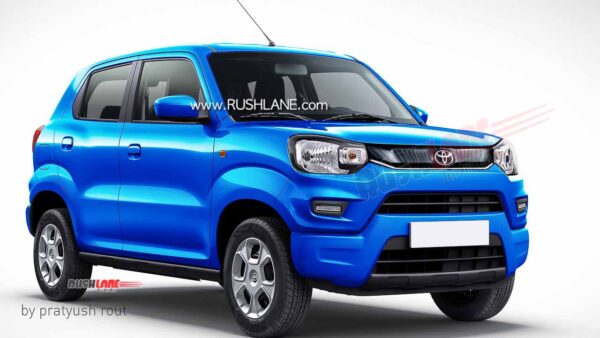 Here is a speculative rendering of Toyota S-Presso as envisioned by our in-house design specialist Pratyush Rout. As you can see, a new grille element with Toyota badge and body-coloured finish for the bumper are all it would take to change the S-Presso’s identity.

No Plans To Launch

While the feasibility of rebadging the Maruti S-Presso is not an issue, Toyota may not want to explore the segments below the Glanza. The Toyota Innova Crysta which caters to the premium people mover segment continues to be the brand’s best selling vehicle in India, and in order to keep its status quo, it is important for Toyota to maintain its premium appeal. Having a low-cost product like the S-Presso in its portfolio could dilute Toyota’s brand image. 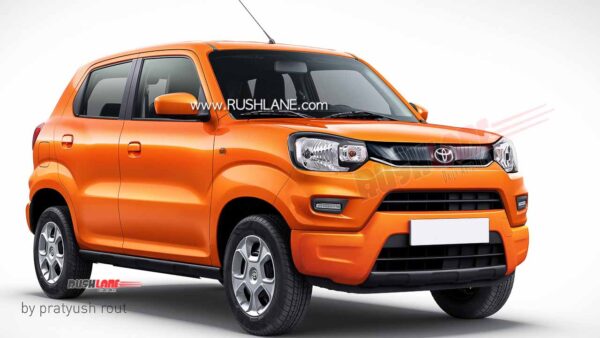 S-Presso is one of the smallest and cheapest car on sale in India. It is priced from Rs 3.7 lakhs, and is powered by a 1.0 liter petrol engine. Though a small car, it is marketed by Maruti as mini SUV. If Toyota S-Presso becomes a reality, it will be the cheapest car in company line-up.

Coming back to the Toyota’s version of Vitara Brezza crossover, it is expected to be launched later this month. It is christened Urban Cruiser. Bookings are already open at company dealerships, as well as at Toyota India website. It features slight revisions on the front fascia to align with the family identity but rest of the car will be carried forward without much changes. 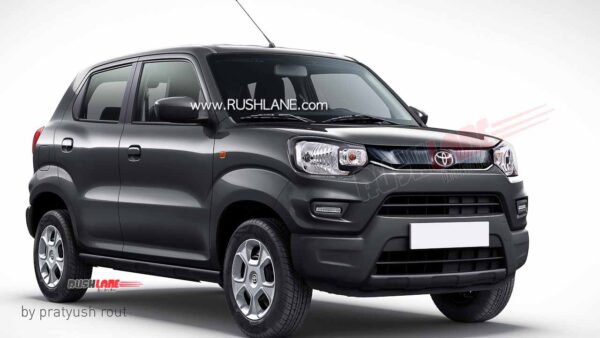 The same goes for the SUV’s powertrain lineup as well. The upcoming product is expected to bring considerable incremental sales to the table for TKM. Speaking about sales, Aug 2020 saw Toyota India register a decline of 48% in sales.