Just like India, where both Glanza and Baleno are on sale – South Africa also has both Starlet and Baleno

Made in India cars are exported to several countries and the top products in this category include Ford EcoSport, Volkswagen Vento, Chevrolet Beat, Kia Seltos and Maruti S-Presso. The latest to join the list will be Toyota Glanza, which will be sold in at least 47 African countries. Ahead of its launch, the car has been unveiled in South Africa. However, Toyota will be using the ‘Starlet’ nameplate instead of Glanza in African markets.

The name Starlet comes from a sub-compact Toyota hatchback with the same name that was in production from 1973 to 1999. With the launch of Starlet, Toyota’s Africa portfolio will now have a total of four products. The other three are Land Cruiser 200 (SUV), Hilux (pickup truck) and Hiace (commercial van).

Toyota Glanza was launched in India last year in June at a starting price of Rs 7.22 lakh. A rebadged version of the bestselling Baleno, Glanza was launched as part of the collaborative agreement between Toyota and Suzuki. As per the agreement, the two auto companies have decided to collaborate in various areas such as product development, product sharing, and development of autonomous driving systems. 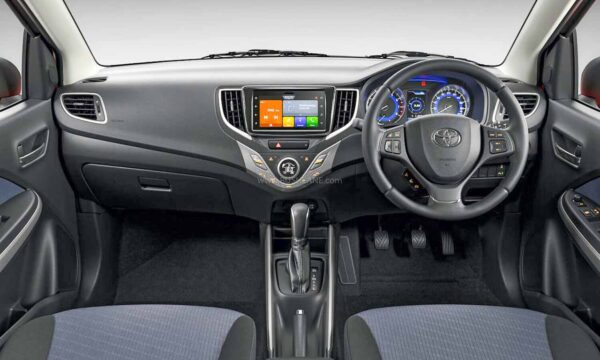 Starlet price in Africa will be in the same range as Baleno, which is R 221,900 (Rs 9.63 lakhs) to R 274,900 (Rs 11.93 lakhs). Glanza was the first product to be launched under this agreement in the Indian market. In the future, products like Brezza, Ciaz and Ertiga are expected to be supplied to Toyota by Maruti Suzuki.

Glanza and Baleno are largely the same with the exception of a few exterior changes and features. One key benefit that Glanza offers is that some variants are priced lower than the corresponding Baleno variant. Warranty schemes are also better for Glanza in comparison to Baleno. Something similar can be expected with Toyota Starlet, which is likely to get some changes to suit African markets. 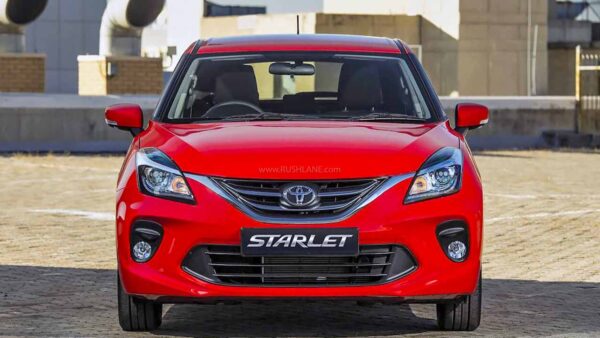 Among the changes in Toyota Starlet (rebadged Glanza) will be a 1.4 litre petrol motor that generates 93 hp of max power. In comparison, India-spec Baleno and Glanza are equipped with a 1.2 litre petrol motor that churns out 83 hp / 113 Nm. It is mated to a 5-speed manual or CVT gearbox. A mild-hybrid option is also available with both Baleno and Glanza, wherein the lithium-ion battery increases power output to 90 hp. 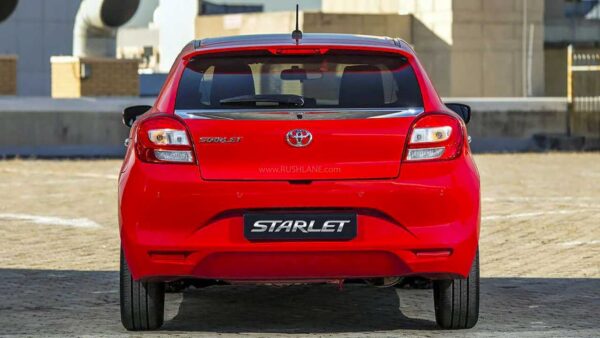