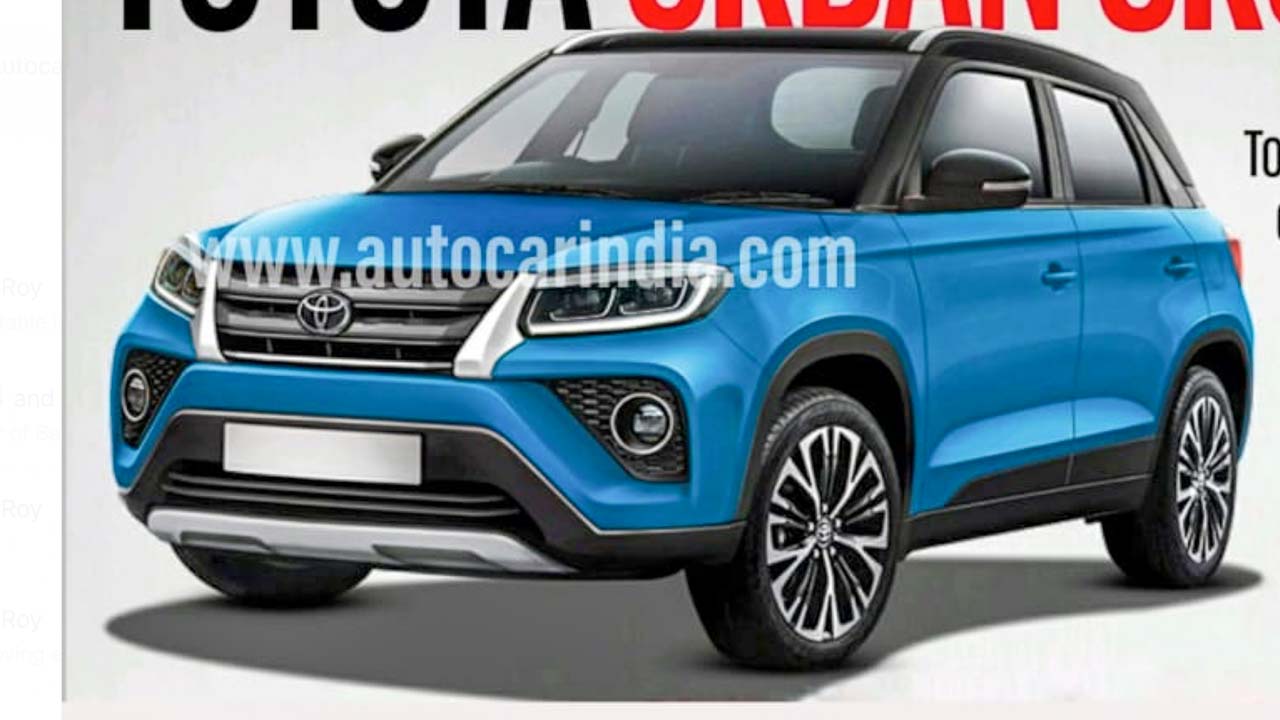 Japanese automaker Toyota is already in an agreement with home competitor Suzuki to introduce badge-engineered products in the affordable segment. Likewise, Suzuki will borrow underpinnings and technology to sell vehicles in higher segments where Toyota has a clear advantage. The latest product to come under this alliance is the Suzuki ACross (“a-cross”), which is essentially a rebadged Toyota RAV4 compact crossover.

In India, the Toyota Glanza sub-four-metre supermini or “premium hatchback” (rebadged Maruti Suzuki Baleno) is the only product under the joint venture. It is currently the most affordable offering from Toyota. Now, the company is almost ready with the second model of this genre, Toyota Urban Cruiser subcompact crossover or “compact SUV”. It is essentially a Maruti Suzuki Vitara Brezza in a slightly different shell.

If we observe the Glanza, Toyota has evidently taken minimal efforts at making the car look or feel different from its donor product. However, same is not the case with the upcoming Urban Cruiser. It sports a tweaked front fascia and different alloy wheel design.

The front grille is inspired from the Fortuner, hence the nickname Baby-Fortuner. Sales team could have a field day promoting the Maruti Brezza as a Baby Fortuner? However, there would be no change in the general silhouette and interior layout. The ‘Toyota Brezza’ might get a revised UI in the infotainment system as well.

We had revealed last month that Toyota will open bookings for its all-new affordable offering on August 22. The 2020 Toyota Urban Cruiser will launch this festive season or in other words, by mid-September. Similar to the strategy followed in the Glanza, the Urban Cruiser might be based on higher Vitara Brezza trims. Pricing would remain somewhat similar. In 2020 BS6 petrol format, Maruti Suzuki offers the Vitara Brezza at a starting price of Rs 7.34 lakh ex-showroom.

As mentioned before, there will be no mechanical changes between the Vitara Brezza and Urban Cruiser. Toyota’s new FWD compact SUV employs a 1.5-litre K15B four-cylinder NA petrol engine making 103bhp @ 6,000rpm and 138Nm @ 4,400rpm. This is mated to either a 5-speed manual or 4-speed TC automatic transmission.

Once launched, the Toyota Urban Cruiser will play in one of the most competitive four-wheeler segments in India. Major rivals (besides its Maruti Suzuki sibling) include the Hyundai Venue, Mahindra XUV300, Tata Nexon and Kia Sonet (almost ready). Meanwhile, Renault India and Nissan India are working on the Kiger and Magnite, respectively. Both vehicles are currently undergoing road tests in their early test mule avatars.