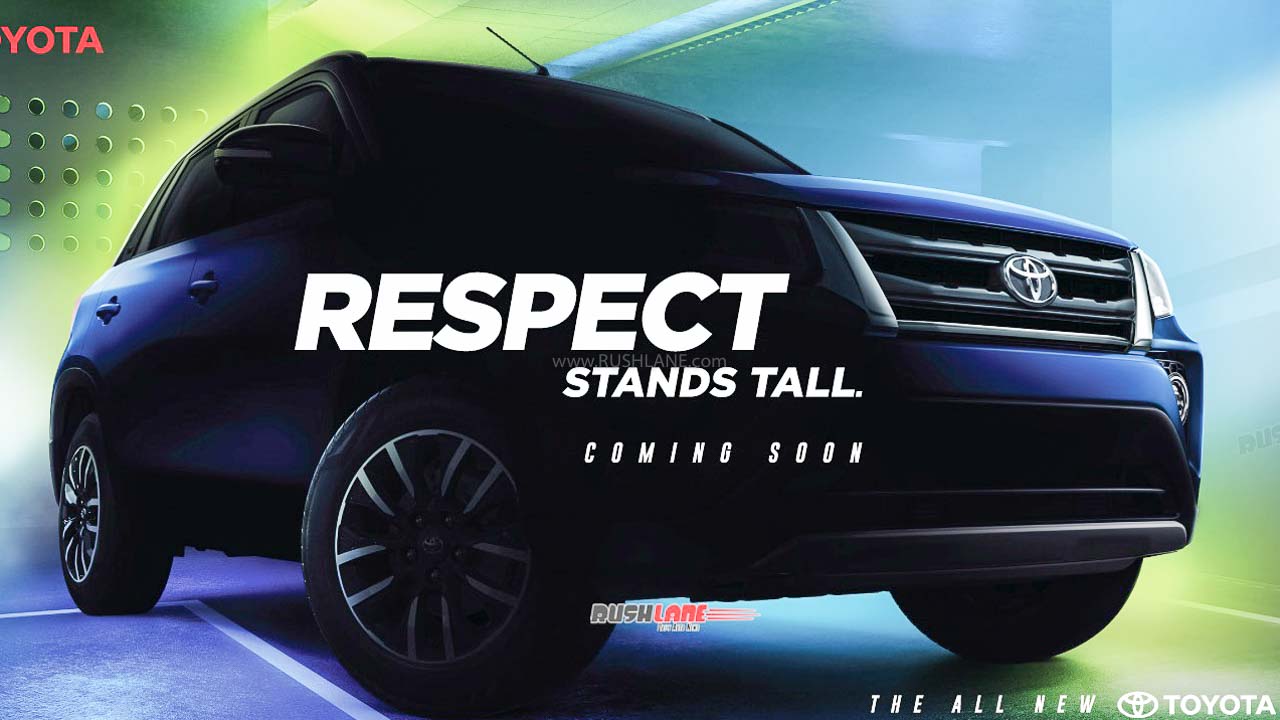 Toyota Urban Cruiser’s launch campaign has been rolled out, and bookings will start by August end. With less than a fortnight to go fo the order books to get busy, Toyota Kirloskar Motor (TKM) says the vehicle’s launch campaign revolves around ‘Respect’.

Toyota is no stranger to SUVs and has enjoyed market dominance that has largely gone unchallenged where the Toyota Innova is concerned. Toyota Fortuner facelift too is being readied for launch. For TKM, Toyota Urban Cruiser isn’t just it’s newest car, it’s also the smallest SUV from a range of famed Toyota SUVs.

While Toyota’s SUVs are robust and command road presence along with being equipped appropriately, they are not an easy buy for younger prospective buyers. The smaller Toyota Urban Cruiser will appeal to those who wish to own a Toyota SUV at a young age. The vehicle theme builds on its target audience’s aspiration for success at a young age.

The compact SUV segment has been steadily growing in recent years, and is now formidable segment that accounts for decent market share. Segment preference and popularity stems from its body type, and road presence. Toyota Urban Cruiser comes with the brand’s global standard of sales and after-sales services. With launch scheduled for this festive season, it would be interesting to see what the Toyota Urban Cruiser’s USP is.

Built on the Vitara Brezza as part of an agreement between Toyota and Suzuki, this is the second shared platform that both brands are engaging in. The Toyota Glanza hatchback is based on Maruti Baleno.

Based on the Brezza, Toyota Urban Cruiser will be sharing engine option along with the Maruti SUV. Just like Brezza, Urban Cruiser will also be getting a 1.5 liter petrol 4 cylinder engine. This engine is rated to deliver 104 PS and 138 Nm. It claims to deliver about 17 kmpl. The high fuel efficiency has been made possible due to the addition of SHVS mild hybrid tech. Transmission options on offer will be 5 speed manual transmission as well as an automatic gearbox.

Toyota Urban Cruiser will only be offered with a petrol engine option. It will be the 3rd car in company line-up which will only be offered with. petrol engine option. The other two being Yaris sedan and Glanza hatchback. With fuel prices increasing, and diff between the cost of petrol and diesel declining, more and more people prefer to buy a petrol powered car, especially in the case of smaller cars.

Once launched, Toyota Urban Cruiser will not only compete with its donor car, it will also rival the Hyundai Venue, Tata Nexon, Ford EcoSport, Mahindra XUV300, Honda WRV, and soon to be launched Kia Sonet. It will also have to compete with the Renault Kiger and Nissan Magnite – both of which are planned for launch by March 2021.