Toyota Harrier Hybrid launched as Venza in the US – Photos

Last month, we had shared all the important details of Toyota Harrier crossover. Compared to its previous avatar, the latest Toyota Harrier packs significant improvements in terms of styling, equipment and performance. It is based on the Japanese brand’s updated TNGA (GA-K) platform which also underpins the latest-gen Toyota RAV4 and Lexus RX. TNGA, which expands to Toyota New Global Architecture, is a modular platform. The additional ‘GA-K’ tag denotes its transverse front-engine FWD/AWD layout.

Yes, the name is quite familiar and this is the reason why Tata Motors sells its popular five-seater SUV in certain foreign markets under the name, Buzzard Sport. On the other hand, the upcoming Gravitas 7-seater is marketed as ‘Tata Buzzard’ in those regions.

Now, Toyota of North America has unveiled the new Venza crossover. It is essentially a rebadged left-hand-drive version of the Toyota Harrier, with no major differences from its original format. However, the Venza comes only in a hybrid AWD format. 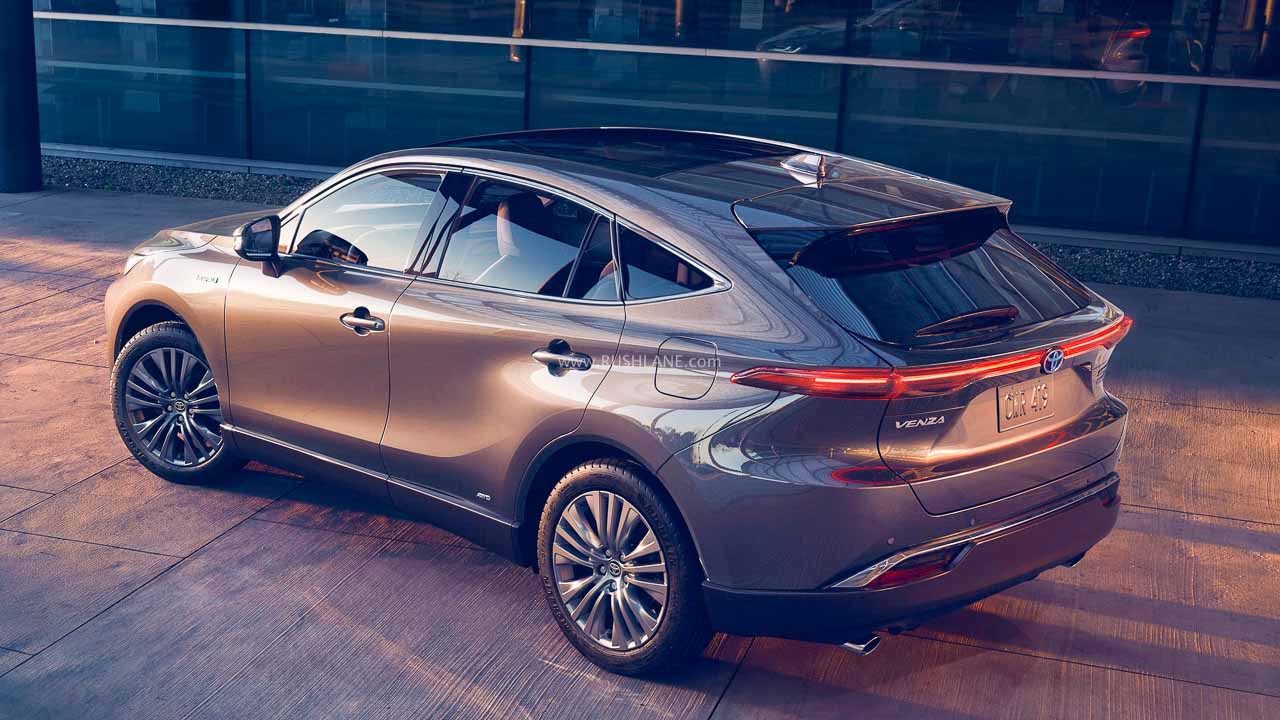 The 2021 Toyota Harrier debuted with two four-cylinder petrol engine choices: 2.0-litre Dynamic Force GDI and 2.5-litre petrol hybrid. In the former, output figures are rated as 169bhp and 207Nm. It comes coupled to Toyota’s Direct Shift-CVT unit which powers either the front axle or all four wheels. Meanwhile, the latter powertrain (with THS II or Toyota Hybrid System II) comprises of a 176bhp 2.5-litre engine and an 88kW (118bhp) electric motor. In FWD format, the combined output stands at 215bhp while it is marginally better  in AWD format, at 219bhp.

Notable interior features and comforts include a 12.3-inch touchscreen, soft-touch climate control buttons, electrochromic “frost control” panoramic sunroof, digital IRVM, powered tailgate, premium JBL audio system and a host of driving assists. Exterior dimensions span 4,470mm, 1,855mm and 1,660mm in length, width and height, respectively. At a wheelbase of 2,690mm, the Toyota Venza ticks all the boxes to be a desirable mid-size crossover in the US market.

In recent years, global automotive markets have been witnessing increased demand for crossovers or ‘urban SUVs’. For the same reason, major automakers have introduced several such products across a varied price range. The Toyota Harrier or Venza fits in a slightly higher side of the price ladder.

Even though Toyota has not shared its price details for the North American market. Expected to debut in August, reports state that it will start at around $35,000. In India, Toyota plans to launch the Urban Cruiser around the same time.