In-house modifiers of Toyota- Toyota Racing Development (TRD) sports division and Modellista have redesigned the Yaris Cross. While the TRD division has introduced a rally kit, Modellista has brought in an urban style package of the same model. Both in-house tuners have released their after-market kits on the same day as the subcompact crossover made its debut in Japan.

With the TRD kit, the Japanese auto company offers various GR Parts for the subcompact SUV based on the concept of “Functional Edge style”. It features new bumpers, side skirts, cladding for the wheels arches, and red and white rally-style mudguards. Complementing the look are 18-inch black alloy wheels, tinted optics, door handle protectors and a carbon fiber number frame. 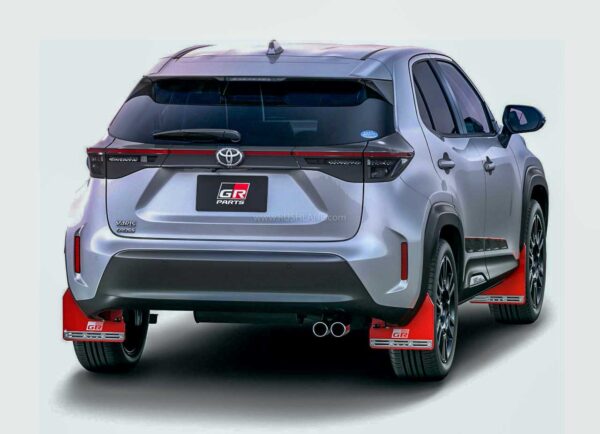 The use of red/black mud flaps with the GR (Gazoo Racing) logo imposed on them enhances the sportiness usually associated with a rally car. Additional GR parts include sun shades, door stabilizers and a branded trunk mat. The spoiler at the rear gets black cladding and also the boot door gets a matte black finish in between the tail lights which makes it look more rugged.

Coming to the Modellista kit, its design resembles that of sports cars in urban hubs without coming off as too extreme. Painted in body colour, it visually makes the car look more massive than it actually is. The Modellista package is further offered in two options- Elegant Ice Style and Advance Robust Style, both of which enhance the sportiness of an urban SUV. 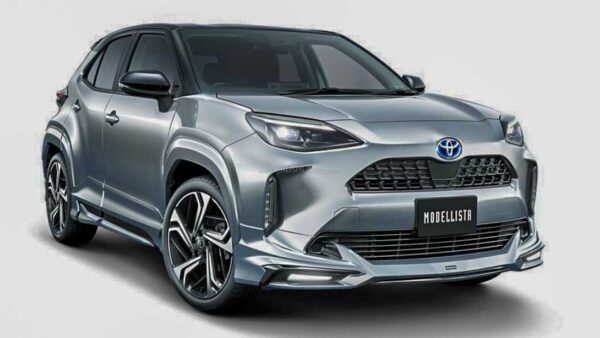 Moreover, this package also offers updates for the interior as well including decorative linings in new colors and additional illumination for the center console among many others. The interior also features a panel and garnish set in chrome and Bordeaux red, scuff plates, a wooden luggage deck and LED lights inside the cabin and boot space. The registration plate is also illuminated by LED lights. 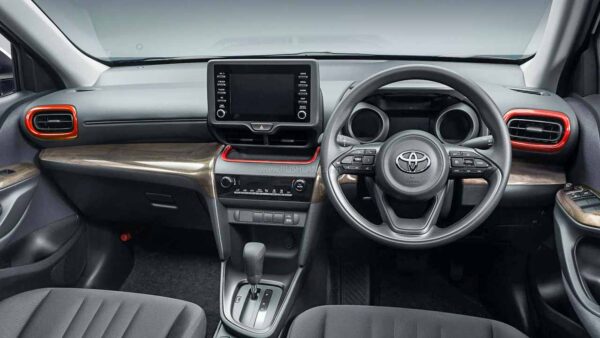 Mechanically, the Yaris Cross hasn’t been tinkered with. It is powered by a 1.5-litre petrol motor which is mated to a CVT gearbox. This unit is good enough to produce a peak power of 120 hp. An option of a hybrid powertrain with an electric AWD is also available in addition to the standard front-wheel drive.