Triumph Bonneville T100 Black gets powered via a 900 cc parallel twin motor while T120 Black gets a 1,200cc engine

Triumph Motorcycles has officially launched exclusive Black editions of Bonneville T100 and T120 in India at Rs.8,87,400 and Rs.9,97,600 respectively. Both the bikes come in inspired by the 1959 Bonneville and show off timeless styling with contemporary performance.

While mechanically there are no changes in these exclusive Black Edition models, they do get matte black treatments all around where there were earlier chrome accents. These include blacked out wheels, engine covers, mirrors and exhausts while all other features continue in the same format as seen on the regular versions. Bonneville T100 Black gets paint schemes of Jet Black and Matt Black while Bonneville T120 Black is offered in Jet Black and Matt Graphite.

Bonneville T100 Black gets new chassis and suspension offering better comforts to the rider while its lower seat height and relaxed riding stance makes it ideally suited for long distance riding. It receives a USB charging socket which is mounted under the seat, engine immobilizer and LED lighting at the rear with twin clocks for all indications such as gear position, odometer, trip setting, distance to empty and fuel levels. 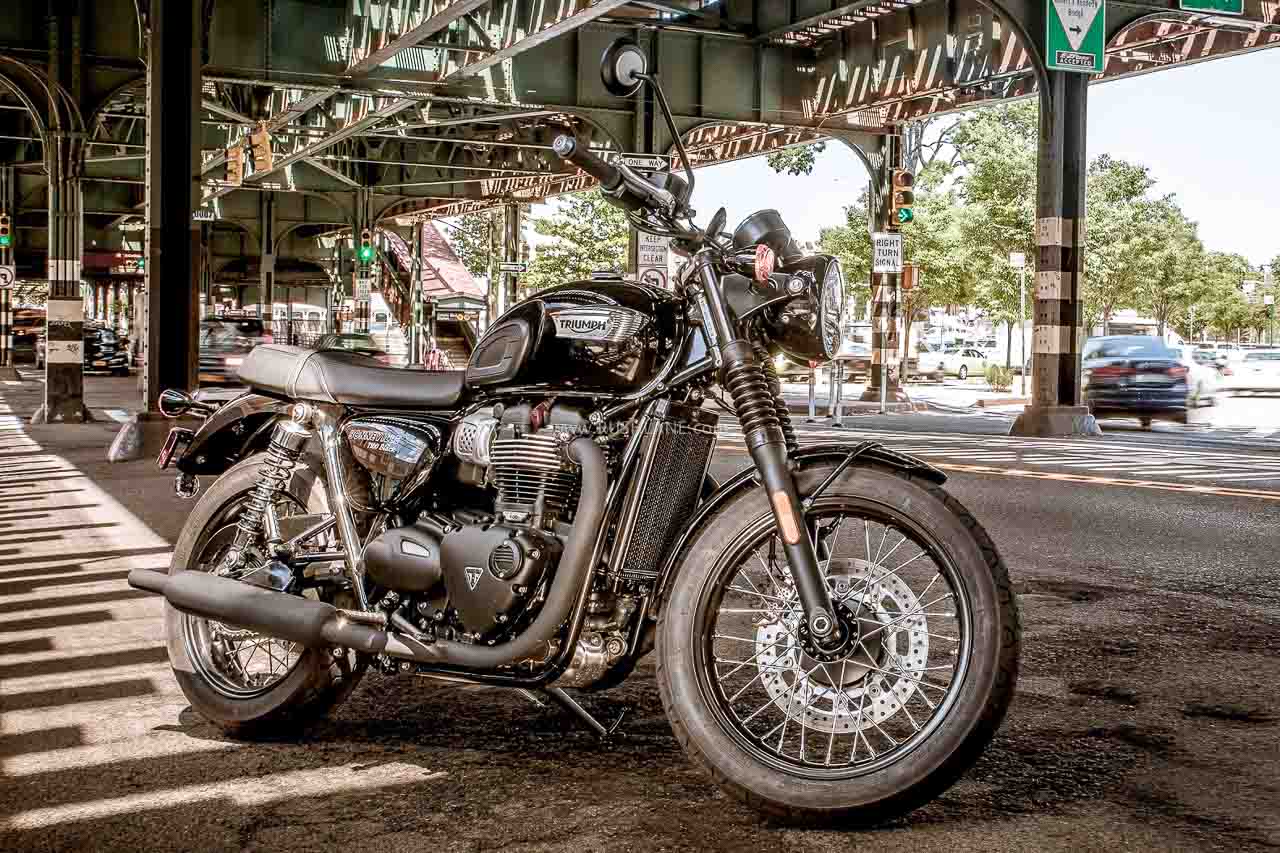 Bonneville T120 gets ABS, ride by wire, traction control and torque assist clutch while it is offered in two rider modes of Rain and Road. Here too, features include LED lights at the rear, USB charging socket, and twin clocks offering all ride indications.

The T120 also receives a dark brown seat over with black accents, black rims and grab handle while the engine is also finished in a black colour scheme. Where ride capabilities are concerned, true to Bonneville style and character, the Bonneville T100 and T120 offer the rider advanced control and safety which skillfully enhances the rider’s confidence.

A special range of more than 150 custom accessories are being offered by Triumph Motorcycles so as to make these two Black Edition bikes even more distinctive and personal. For the T100 Black, the accessory list includes heated grips, a central stand and grab rail along with cruise control while the T120 Black gets custom parts such as slip on silencers, chrome clutch, alternator and throttle body accessories along with a 4 bar Triumph tank badge.

As bookings open, Triumph dealers are offering home test rides and home deliveries which are restricted only to those states where the lockdown has been eased while all dealerships had adopted the highest level of safety and hygiene conditions across their premises.