Triumph Trident three-cylinder roadster with a neo-classic appeal was first teased in the form of a design prototype in August 2020. Last month, the British motorcycle marque went on to reveal the production-spec prototype swathed in camouflage.

Our design specialist Pratyush Rout has envisioned the classic paint work that the Triumph Trident may have to give you a complete picture before the motorcycle makes its debut on 30th of October. As you can see, plastic knee padding and matte finish would go very well with the motorcycle’s design. 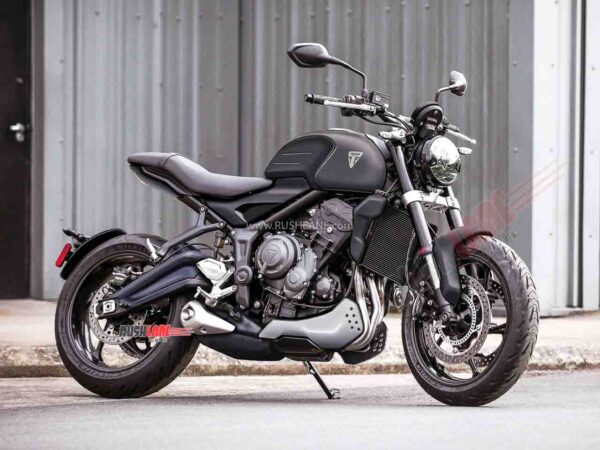 The fuel tank forms the major part of bodywork as the front fender, tailpiece and side panels adopt a minimalist approach. With a circular LED headlamp and a single-pod digital dashboard, the Triumph Trident looks simple yet elegant.

Triumph Motorcycles did not reveal much about its upcoming motorcycle except that it will be powered by a three-cylinder engine, and it will be the most affordable product in the company’s Triple family. So, it is reasonable to assume that it will be cheaper than the entry-level Street Triple. 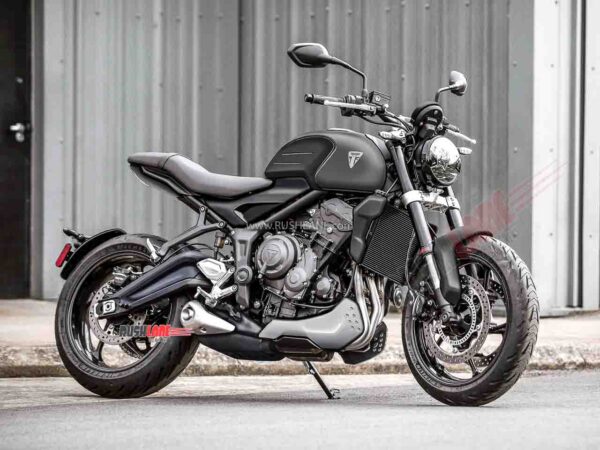 Coming to the engine, it is being reported that the Triumph Trident will not be employing the latest Street Triple range’s 765 cc motor. The shape of the crankcase is identical to that of the now-defunct 675 cc unit of the previous Street Triple but some reports suggest that the Trident’s mill will displace around 660 cc. We will know for sure in a under a week.

The power output is not likely to exceed 94 hp (limited by European A2 regulations) so that the engine can be restricted to 47 hp to cater to the European A2 license holders. Triumph has hinted that the engine will offer ample torque, meaning the motorcycle will have a sedate character.

The prototypes reveal that the Triumph Trident will be equipped with LED headlamps and a fully digital dashboard. One can expect the roadster to be equipped with traction control although an IMU-supported system is unlikely. We also expect the motorcycle to get riding modes. The Triumph Trident is expected to go on sale in Europe early next year and reach India a few months later.