One such case of truck carrying over-sized metal pillars on a public road has resulted in a brutal accident in India, which has left more than 5 people dead. 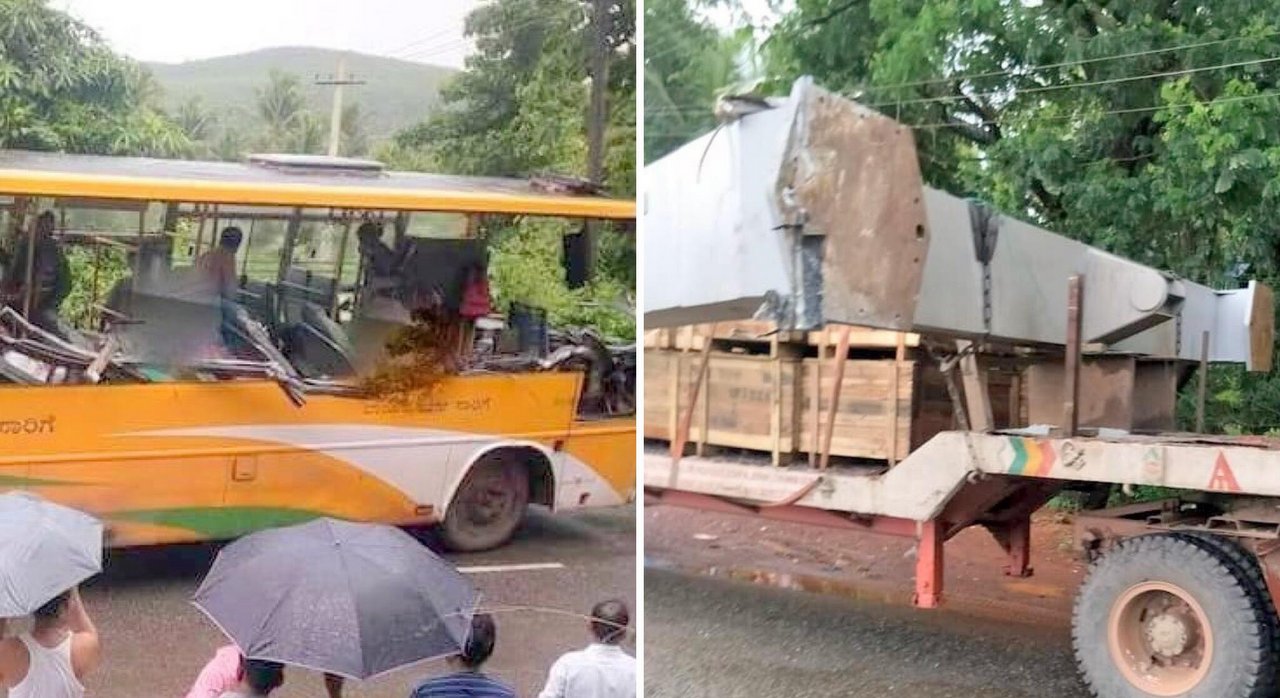 The accident took place earlier today on the Kumata – Karwar highway in Karnataka. The truck in question was carrying metal pillars which were about 6 feet wider than the body of the truck. As there was no divider on the road, it made the truck even more dangerous, especially for those who were coming from the opposite direction.

Unfortunately, a passenger bus coming from the opposite direction failed to notice the protruding metal pillars. This resulted in an accident that has killed more than 5 passengers in the bus. The passengers who were killed were sitting behind the driver. The driver of the bus has survived. Those injured have been taken to nearby hospital. 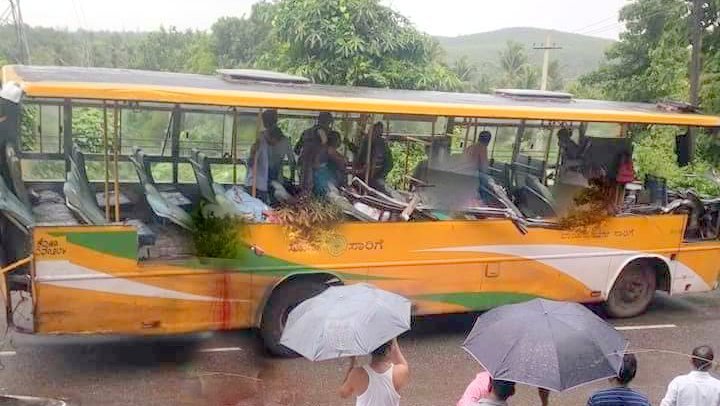 Police has registered a case against the driver of the truck, as well as against the truck owner. Both the truck and the metal pillars have been seized by the police and FIR has been filed. More details can be found at Rushlane Crashlane post.

Indian roads are the most dangerous in the world and such accidents are the reason. Its not that we do not have rules in place to stop over-loaded and over-sized vehicles who are plying on our roads. Details about the same can be found here, in a govt site. But our failure to follow rules and regulations is the biggest reason why our roads reports the highest number of road deaths in the world