The Enforcement Team of Transport Department has issued a challan amounting to a total of Rs.2 lakhs to a truck driver and owner. This is the highest fine in the country so far and has been issued for a series of offences under the new Motor Vehicle Act that came into effect from 1st September 2019.

The truck in question had a Haryana registration number plate. It was overloaded beyond permissible capacity and the driver did not possess a proper license. The truck was apprehended on the GT Karnal Road near the Mukarba Chowk on Wednesday.

It was also found that other documents such as PUC certificate, registration certificate, fitness test, insurance and permit were not as per standard requirements. The driver was also not wearing a seatbelt and probably as per the new mandate was not wearing the required attire, which has now also been made mandatory for all truck drivers in the country. 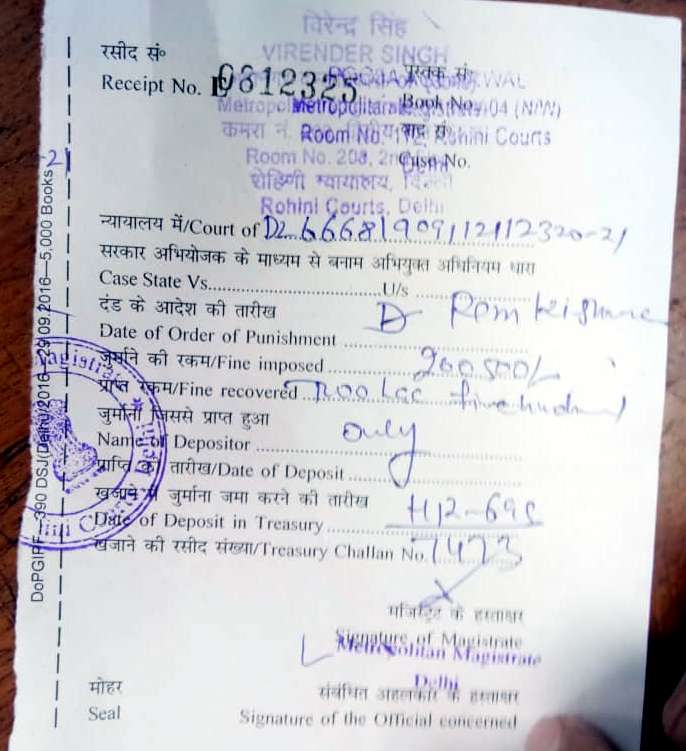 With this string of offences, the officials slapped a penalty of Rs.20,000 for overloading, an added fine of Rs.36,000 for carrying 18 tonnes above the permitted limits of 25 tonnes but when caught, the truck load weighed 43 tonnes, which is 18 tonnes over the permitted limit. Under the new MV Act, each added tonne of overload is fined at Rs.2,000.

The penalty also included Rs.1,31,000 for violation of traffic norms and the truck driver was also fined Rs.69,500 taking final total upto Rs.2,00,500. The penalty was paid by truck owner Ram Kishan at the Rohini Court on Thursday.

Since the implementation of the new Motor Vehicle Act, hefty fines are making headlines. The earlier record was of Rs.1.41 lakhs levied on a truck from Rajasthan on September 9 for overloading his truck. However, this challan of Rs.2,00,500 has broken all records.

While Union Minister for Road Transport and Highways,Nitin Gadkari is of the opinion that these higher penalties will act as a deterrent on cases of traffic violation, the general public have not taken kindly to this new Motor Vehicle Act. There have been protests across the country and recently the Uttrakhand Government has relaxed the quantum of fines.

Uttrakhand Minister Madan Kaushik announced that now driving without a license would attract a fine of Rs.2,500 as against Rs.5,000 as levied under the new MV Act 2019. The Maharashtra Transport Minister Diwakar Raote has also urged the Government to reconsider and reduce these exorbitant fines while Chief Minister of Madhya Pradesh, Kamal Nath has also stated that the Central Government should reconsider the quantum of penalties so as to give some relief to the people.