Disclaimer – The manufacturer (TVS Motor Company) has blacklisted Rushlane from it’s events/rides as a consequence of decisions based on restrictive practices. This post is written based on inputs sourced independently from a third party.

Until now, the TVS Apache 160 has has been plied with cosmetic upgrades, but that looks to change now with real machining work. 2018 TVS Apache RTR 160 launch is scheduled for March 14, 2018. Ahead of launch, new spy shots and details of the bike have emerged.

This time around, cosmetic upgrades are reminiscent of the RTR 200. Similarities extend to the headlight and taillight, turn indicators, fuel tank, instrument panel (console), and ‘shotgun’ exhaust design as on the RTR 200.

New TVS Apache 160 will be available in multiple trims just like its big brother Apache 200. The base variant Apache 160 will be with a carb engine and a rear drum brake while top variant will feature FI and front and rear disc brakes. Front disc is standard across all variants.

In addition to this, to enhance the commuter bike’s sporty character, TVS will offer a single handlebar, which will offer a more comfy riding position. Suspension in the front is a telescopic fork while at the rear you will now get monoshock. 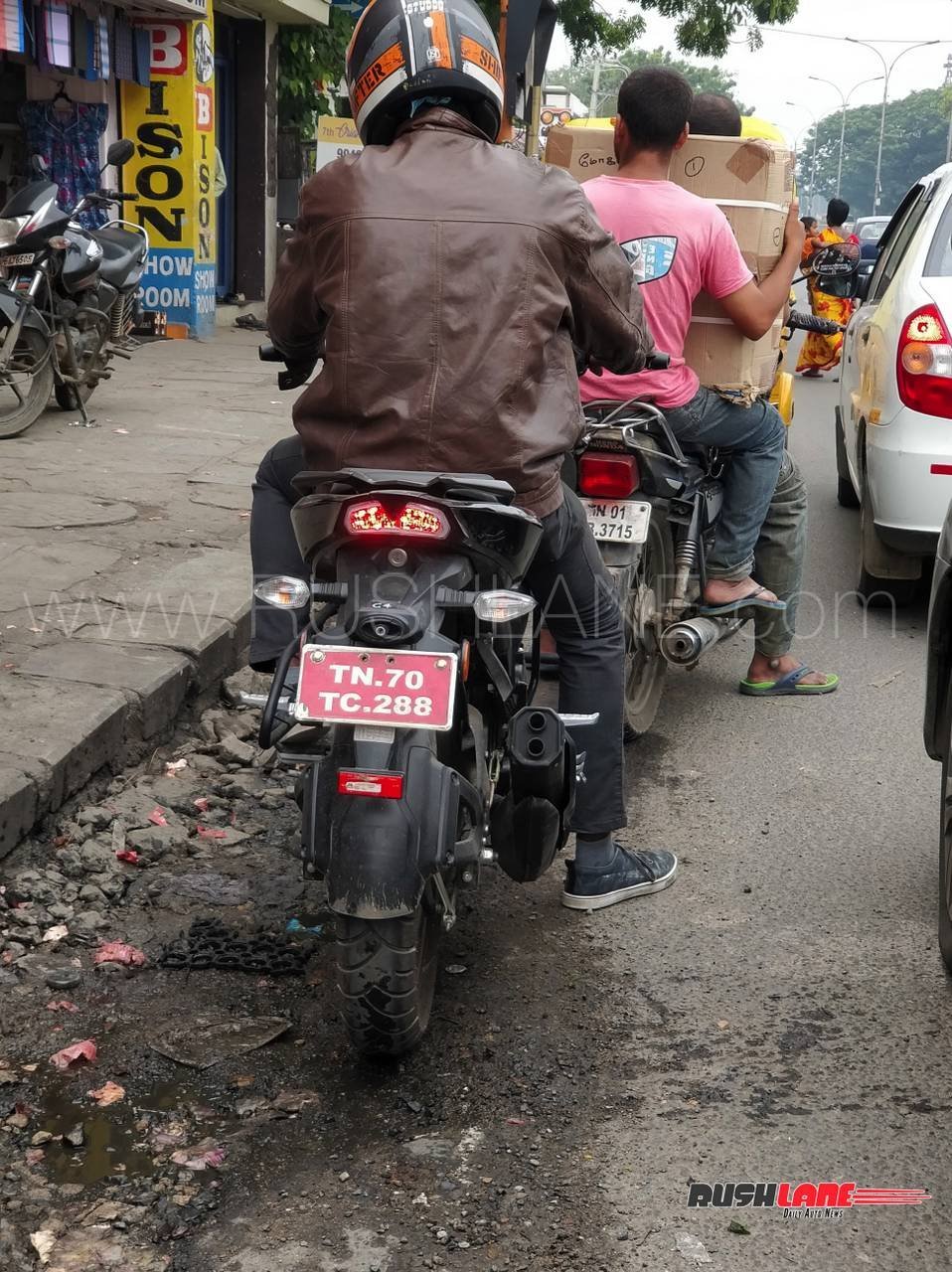 TVS Apache 160 will not sport split seats, which is seen on Apache 200. Instead it will get a single seat setup. The new 160 RTR is powered by an air cooled engine with oil cooling for improved heat management.

Having lost overall bulk, the bike sports a skinny rear tyre. The outgoing 159.7 cc engine returned max output of 15.1 hp and 13 Nm of torque. With new engine specs those output figures are expected to be improved.

Expect the base Carb variant with front disc to cost about Rs 90,000, while the top end Apache 160 FI with dual discs will cost in the region of Rs 1 lakh (on-road prices). This brings price of the Apache 160 very close to that of Apache 200. Could this result in the end of Apache 180?

More details will be revealed once the bike is launched.