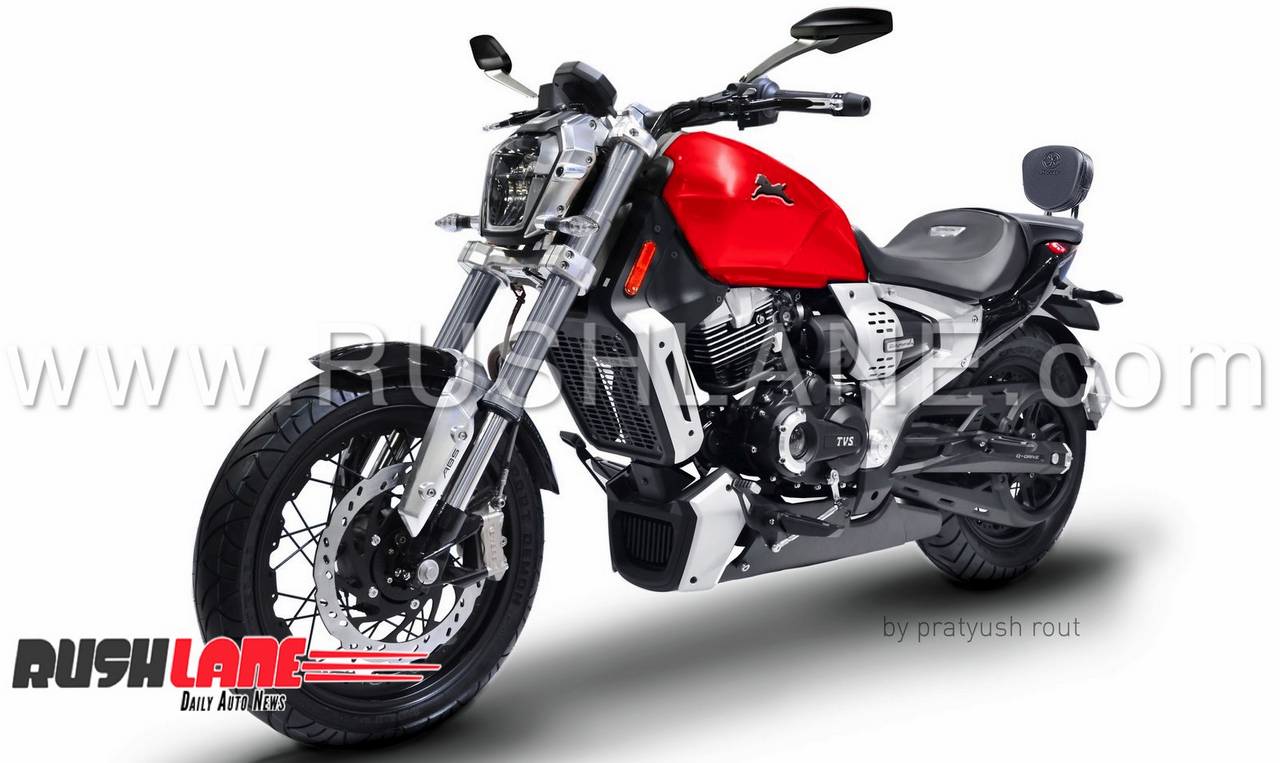 Disclaimer – The manufacturer (TVS Motor Company) has blacklisted Rushlane from it’s events/rides as a consequence of decisions based on restrictive practices. This blog is reliant on available customers and sources.

If the TVS Zeppelin cruiser concept showcased at the Auto Expo earlier this year is anything to go by, the Bajaj Avenger family’s monopoly in the segment is not likely to last for long. Our rendering artist has made some tweaks to the concept to envision how the production ready TVS Apache 200 cruiser motorcycle would look like.

Since the concept already looks production ready, the rendering is limited to adding minor items like rear view mirrors and pillion backrest in addition to replacing the flashy golden finish for the front forks with chrome.

The TVS Apache 200 power cruiser, when launched, would easily become the sportiest offering in the segment with its LED headlamp, unique fuel tank, and thick tyres. Provided that TVS retains all the salient styling features, the production-spec Zeppelin would have a futuristic appeal that would certainly attract young audience. 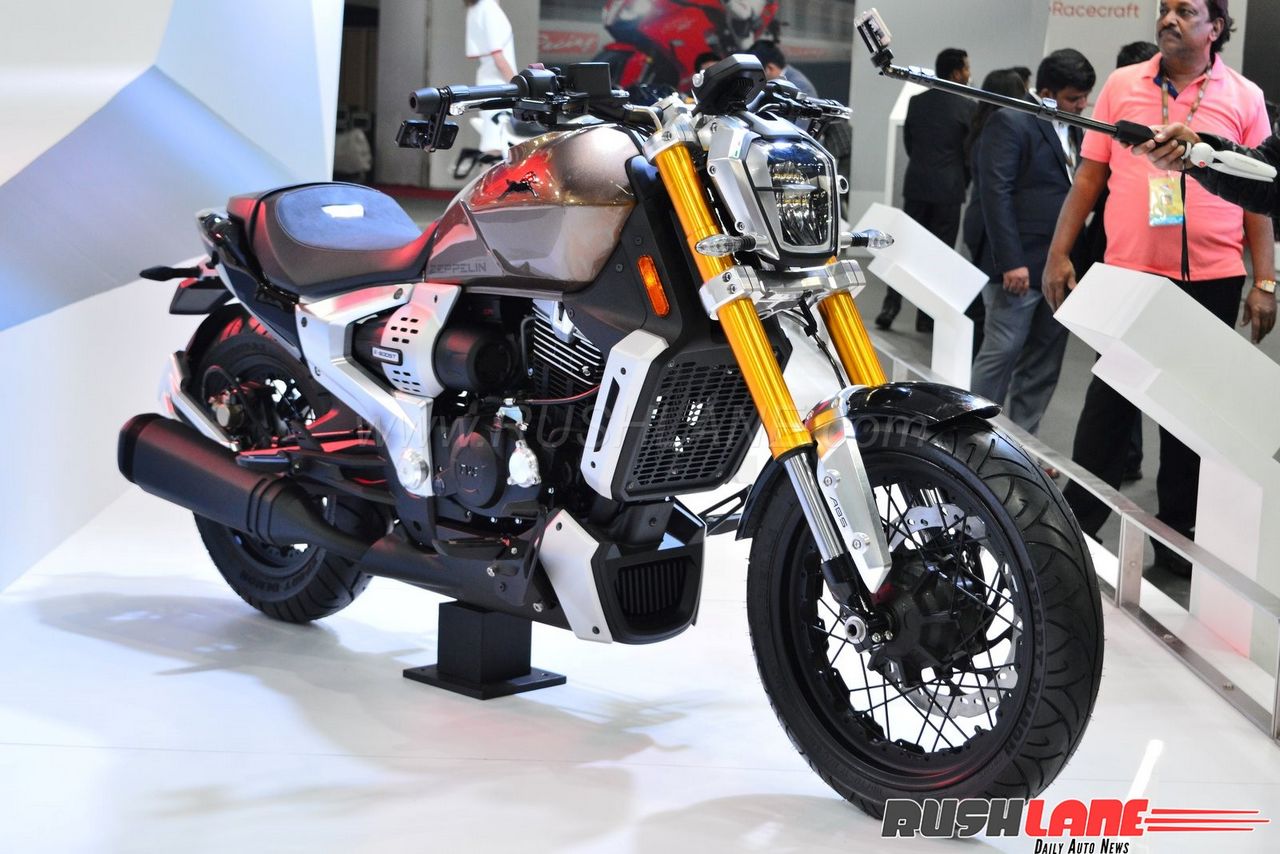 The concept is equipped with a 220 cc single-cylinder engine which is supported by a patented Integrated Starter Generator (ISG). The ISG is claimed to give the cruiser enhanced performance and fuel efficiency. It remains to be seen whether TVS will implement the mild hybrid system in the commercially available version or not.

TVS hasn’t revealed any production plans for the Zeppelin yet but given the very positive response from the public for the concept, it’s safe to assume that a production version is on the anvil.