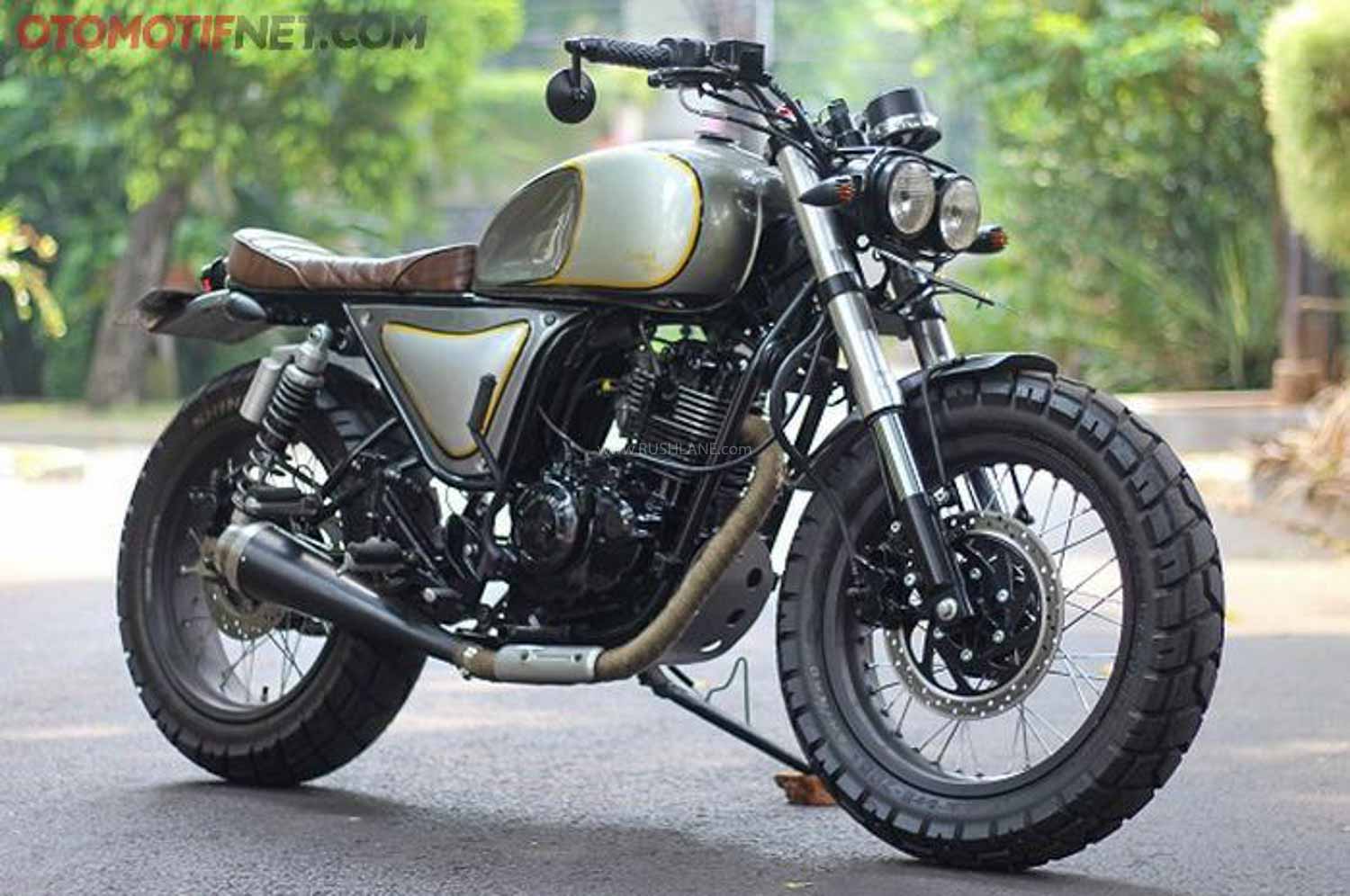 TVS Motor Company introduced its Apache series back in 2006 as a strong rival to Bajaj Auto’s Pulsar range. Back then, the Bajaj Pulsar 150 and 180 DTSi models ruled the streets and were popular symbols of cool (alongside the likes of Hero Honda’s Karizma). Hence, the Hosur-based automaker had every reason to make its new four-stroke sports series a good package. TVS could not see an overwhelming market response initially but today, the Apache series is easily one of the best in the 160-200cc category (and definitely better than entry-level Pulsar models).

In foreign markets, Bajaj Auto’s Pulsar range could be the more popular choice. However, TVS Motor Company has a good customer base in several ASEAN countries, especially Indonesia. The ‘Emerald of the Equator’ has a large community of automotive customisation studios, for both four-wheelers and two-wheelers. Here is a scrambler based on a 2008MY Apache RTR 160 by Brilliant Custom Motorcycle (BCM) in Jawa Barat (or West Java).

BCM’s scrambler project looks nothing like its donor motorcycle. If we consider only aesthetics, the team has done an impressive job. Even though the term ‘scrambler’ stands for a stripped-down motorcycle with off-road capabilities, on paper, this particular example looks bulkier than its original avatar.

The fat Shinko Trail Master E-705 dual-sport tyres shod on Rossi spoke wheels further add to the overall mass. With the stock engine (or even with some minor upgrades), we doubt if the motorcycle would be able to perform as its looks suggest. The 5-speed 2008MY TVS Apache RTR 160 (now in BS6 format) came with a 159.7cc carburetted SOHC single-cylinder mill. It made roughly 14.6bhp @ 8,500rpm and 13.1Nm @ 6,500rpm while new.

This concern goes out of the picture to a good extent thanks to BCM’s mechanical and creative expertise. Adi Prasetio from BCM shares that there have been no proper scramblers based on the TVS Apache. The lack of reference was a challenge at first.

The team at BCM had to re-engineer the frame with some ‘U’ metal components. The flat, thin and brown leather seat fits perfectly with the custom-made battery compartment underneath. BCM has opted a “whitewashed silver colour” with gold and black pinstripes, which blends well with the overall design. In typical scrambler fashion, the rear end is stripped to its bare bones with just the registration plate and a small round LED tail lamp.