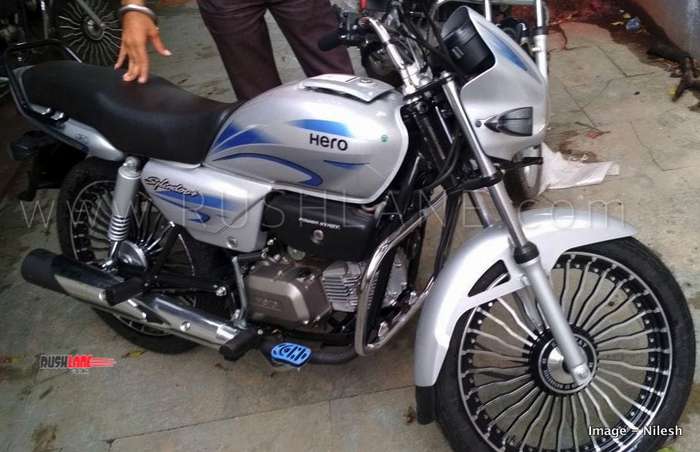 While Hero MotoCorp and Honda Motorcycles and Scooters continued their rule in top two positions, Bajaj Auto has seen a dramatic increase in sales causing a notable increase in market share from 9.8 percent in FY18 to 12 percent in FY19.

Lower consumer sentiments, rising fuel prices, liquidity crunch, higher interest rates and GST at a current rate of 28 percent, combined to have an adverse effect on two wheeler sales in India over the past financial year. Society of Indian Automobile Manufacturers (SIAM) revealed that two wheeler domestic sales grew 4.86 percent in FY19 to 2,181,390 units as compared to 20,200,117 units sold in the same period of the previous year.

Hero MotoCorp and Honda Motorcycle and Scooter India, India’s two biggest two wheeler makers, were once again at the top of the list in terms of domestic sales. However, while Hero MotoCorp posted positive sales, sales of Honda dipped 4.41 percent in the past financial year. Hero MotoCorp sold a total of 7,612,775 units in FY19 as against 7,382,718 units in FY18, an increase of 3.12 percent. On the other hand sales of Honda dipped 4.41 percent from 5,775,287 units sold in FY18 to 5,520,617 sold in the past financial year. Honda is the only major two wheeler brand to have posted a decline in sales. For March 2019, their sales declined by 47%.

Sales of Japanese two-wheeler manufacturer Suzuki Motors increased substantially by 33.44 percent in the last fiscal to 668,787 units as against 501,203 units sold in the year ago period. The company owed this increase in sales to a well balanced product portfolio, both where scooters and motorcycles were concerned with the Access 125 continuing to be the highest grossing product for the company in India.

Piaggio also saw sales increase 14.09 percent with sales in the past financial year at 77,775 units as against sales of 68,169 in the same period of the previous year. The company plans to scale up its networks in India to over 350 dealerships by the end of this year from a current 250 sales outlets. Piaggio has a manufacturing plant in Baramati in Maharashtra from where the iconic Vespa alongside Aprilia SR 150 are produced.

Negative sales were reported by Mahindra Two Wheelers in FY19. Sales dipped to 4,004 units in the past financial year from 14,752 units in the same period of the previous year. Sales of India Kawasaki Motors increased 74.51 percent to 3,115 units in FY19 from 1,799 units in FY18. These figures took total sales of two wheelers up marginally by 4.86 percent from 20,200,117 units in FY18 to 21,181,390 in FY19 leading piling stocks and high inventory at most company dealerships in the country.

As per SIAM, sales predictions for FY20 do not look very promising. The upcoming elections, switching over to higher safety and emission norms along with bleak forecasts for a below average monsoon could impact consumer demand both where sales of four and two wheelers are concerned.