While April and May 2020 were one of the worst the two wheeler segment has ever experienced in terms of sales, June sales have seen a marginal improvement 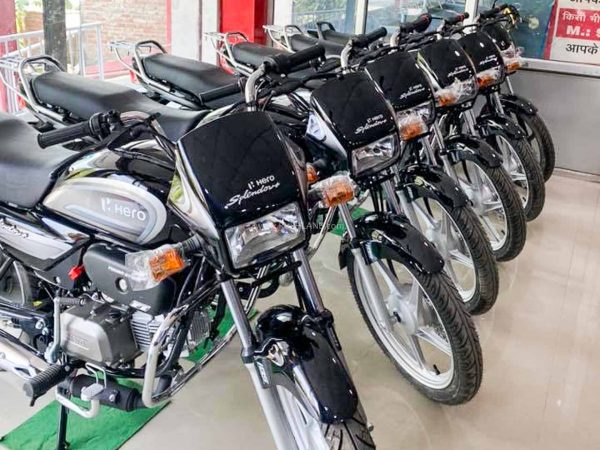 The COVID-19 pandemic has thrown the entire auto industry into deep depression. A nationwide lockdown was announced on 25th March and all production and sales came to a complete standstill. April 2020 sales were down to zero units for the first time in history.

Early May saw the opening up of plants and dealer showrooms in a phased manner. Sales of four and two wheelers started picking up while every automaker took every precaution of safety and hygiene so as to safe guard the health of its employees and customers. Online sales portals have also been initiated by most automakers which have also helped in stirring up some sales.

Total two wheeler sales for June 2020 dipped 36 percent. Here is a detailed writeup of how many units were sold in June 2020 by leading two wheeler makers in the country – Hero, Honda, Bajaj, TVS, Royal Enfield

Two wheeler sales June 2020 vs May

Hero MotoCorp topped the list with a total sale of 4,50,744 two wheelers in the past month. Sales were down 26.8 percent as compared to 6,16,526 units sold in the same month of the previous year. However, when taking into account sales in May 2020 which stood at 1,12,682 units, it may be noted that June 2020 sales increased four times. This is a clear signal that markets are improving after the coronavirus setback. Taking into account sales in the first quarter of 2021 Hero MotoCorp sales stood at 5,63,426 units. Last month the company also introduced an integrated online sales platform – eSHOP allowing customers a full digital buying experience to purchase their selected models directly from the company website.

Honda Motorcycle and Scooter India, the country’s second largest bike maker reported a 55 percent year on year decline in domestic sales. Sales for June 2020 stood at 2,02,837 units, down from 4,50,888 units sold in June 2019. These figures were down 55 percent for domestic market. But as was seen with Hero, Honda sales too have bounced when compared to May 2020. Also, around 95 percent of the company dealerships have commenced business. 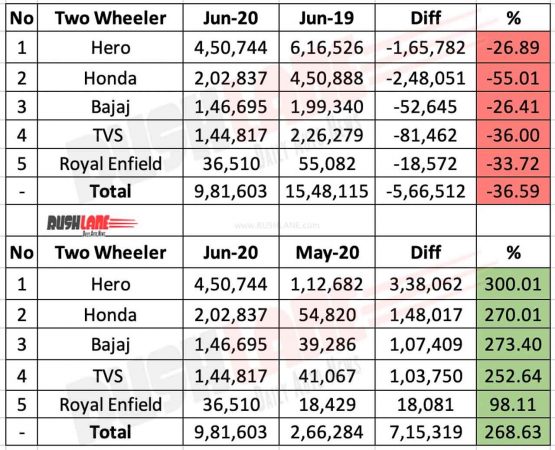