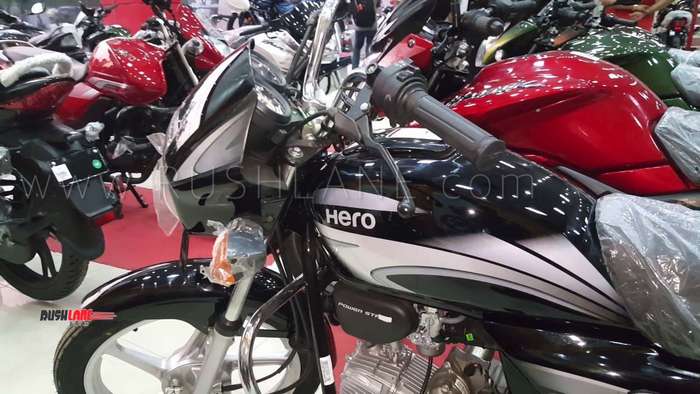 Two wheeler sales during the month of May 2019 skidded significantly with every two wheeler maker with the exception of Bajaj Auto and Suzuki Motorcycles positing negative sales. The dip in sales could be attributed to a liquidity crunch, poor market sentiments and distress across rural markets.

In May 2019, the company also introduced three new motorcycles -XPulse 200, XPulse 200T and Xtreme 200S and two scooters — Maestro Edge 125 and Pleasure+ 110 which are now open for booking and expected to bring in better sales in the months ahead. 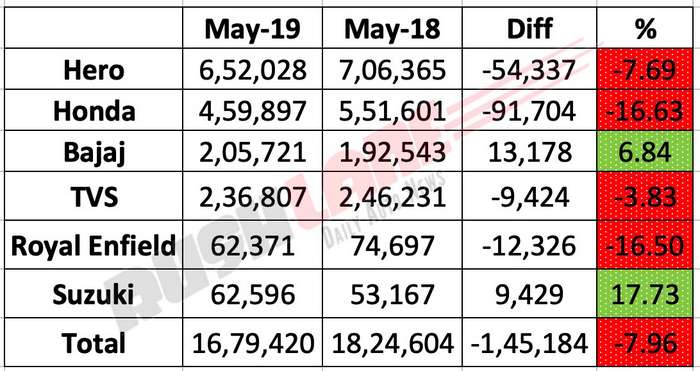 Honda Motorcycle and Scooter India ((HMSI) posted a 16 percent fall in sales in May 2019. Sales during the past month stood at 459,897 units as against sales of 551,601 units sold in the same month of the previous year.

Bajaj Auto Limited posted a 7 percent increase in sales in the past month and the only two wheeler company to achieve positive growth. Sales during the month of May 2019 stood at 205,721 units as compared to sales of 192,543 units in May 2018. The company saw an increase in demand for its entry level and premium bikes.

Suzuki Motorcycle posted double digit growth of 17 percent in May 2019 with a total of 62,596 units sold as compared to 53,167 units sold in the same month of the previous year. The company expanded their portfolio and the Gixxer SF series were launched in May 2019. The new Suzuki Gixxer SF 250 was launched at Rs 1.70 lakhs while the new Gixxer SF 150 carries a price tag of Rs 1.09 lakhs.

These sales took the overall sales in the two wheeler segment down 8.6 percent from 1,824,604 units sold in May 2018 to 1,679,420 units sold in the past month. A promising monsoon and change in buyers sentiment is expected which could see some revival in this sector.