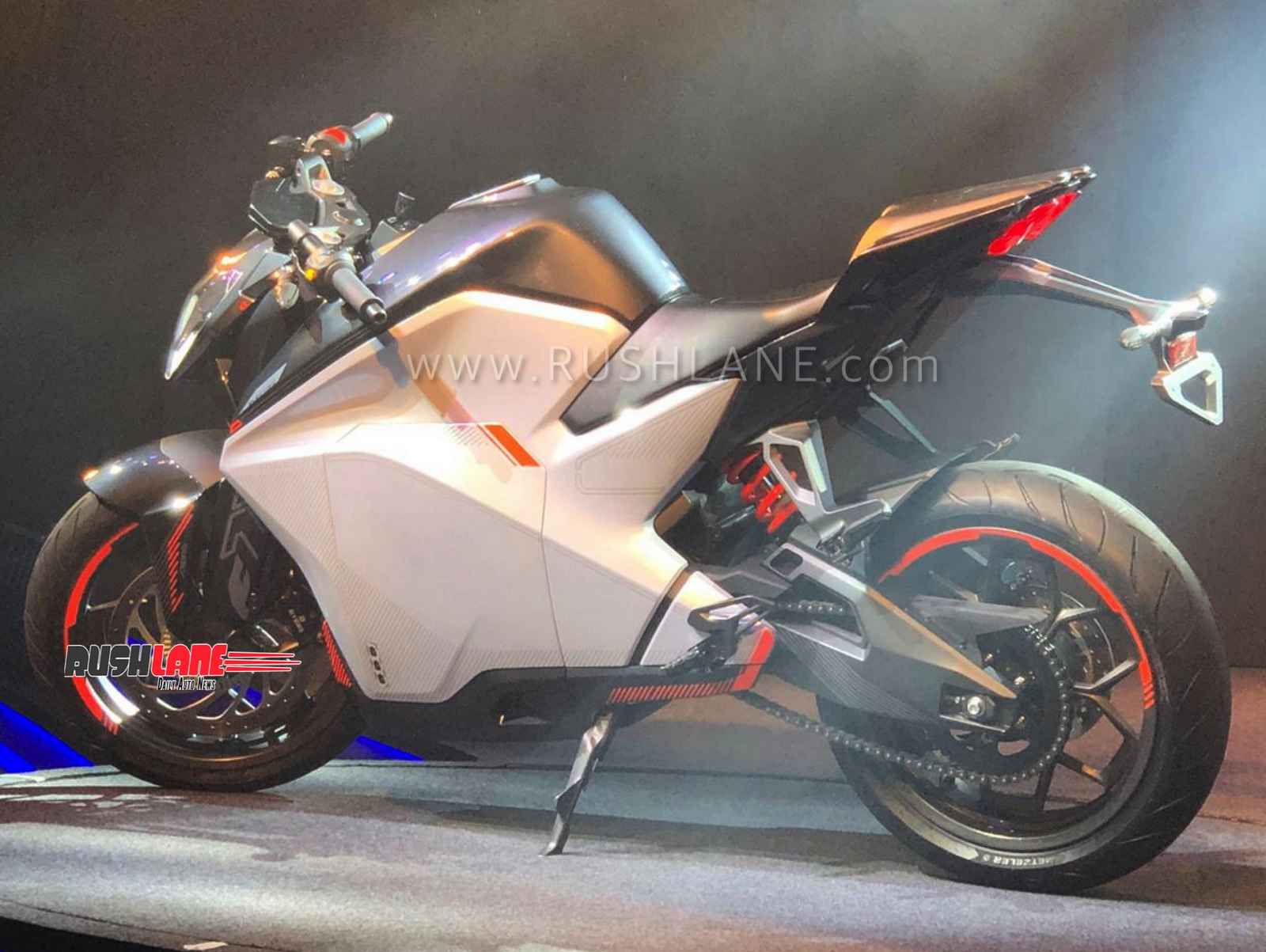 Bengaluru based Ultraviolette Automotive Pvt. Ltd., an innovator in sustainable mobility and energy infrastructure, marks its entry into the electric two wheeler space with a high performance F77 electric bike. Price of the electric bike is in the range of Rs 3 lakh to Rs 3.5 lakhs, on-road. Pre-bookings start from today. 100 bookings already received. Delivery will start from end 2020. It will only be on sale in Bangalore, in first phase.

Ultraviolette F77 electric bike is a new electric motorcycle that comes in with futuristic equipment with bike tracking, Over The Air upgrades, ride telematics, and remote diagnostics. It also receives regenerative braking, various riding modes and phone app based connectivity.

The bike itself has been inspired from aviation engineering and has been developed using the principles used in the said industry with advanced engineering simulations, multilevel safety systems and design identity. The bike gets clip on handle bars, an upside down front fork and trellis framework. Watch the first look video along with brochure scans below.

F77 also gets matte black coloured chassis and a slate grey colour seen on its aluminum rim while crash guards are finished in matte black as well. The R suspension sports a Glass hot red colour scheme and handle bar switches are seen on matte black with electric micro switch with LED backlights.

The dashboard sports an ultra high brightness automotive TFT LCD and the side stand is in forged aluminum with an integrated side stand. In terms of accessories, the F77 gets a portable fast charger, chrome charging pod and visor along with crash guards. F77 is built on a trellis frame. The wheelbase is of 1340mm while seat height is at 800mm and trail at 89mm while its rake measures 23.5”

This new motorcycle gets its power via a battery that claims to have the best energy density in the segment. This 25 kWh electric motor sends power to the rear wheel via a chain final drive. This engine is capable of power output of 33.5 hp at 2,250 rpm and 450 Nm continuous torque allowing for acceleration from 0 to 60 kmph in 2.89 seconds and from 0 to 100 kmph in 7.5 seconds and a range of 150 kms. To charge the battery full, you will need electricity worth Rs 16. Top speed is pegged at 147 kmph.

The charger is a standard 1 kW vehicle mounted charger and a 3 kW portable charger. Braking is via fixed 4 radial piston in the front and single piston floating caliper at the rear along with hydraulic disc brake with dual channel ABS. Suspension is handled via inverted cartridge type fork in the front and gas charged preload with adjustable shock absorber at the rear.

F77 also gets smart features of LTE connectivity with 3G and 2G fallback and integrated eSIM, adaptive dashboard brightness with Ambient Light Sensor, temperature, voltage and current sensors with active tracking and efficiency mapping and shock and impact sensors for fall and crash detection. There is also a 9 axis inertial measurement unit for ride analytics and a built in accelerometer along with a gyroscope and magnetometer and sensor fusion technology.

Where safety features are concerned, Ultraviolette Automotive has fitted the F77 with an LED headlamp with ultra V position light, tail light assembly with dual LED lights with a central LED brake light, front turn signals with LED lights and rear and front flash hazard lamps as well. Emergency contact alert and fail and crash sensors are also a part of its safety features.

As on date the Indian electric motorcycle segment has only the Revolt RV300 and RV400 while Tork Motors is poised to unveil the T6X in a few months. Electric scooters abound in the country with the most recent being the Okinawa Lite electric scooter launched in India at INR 59,990.