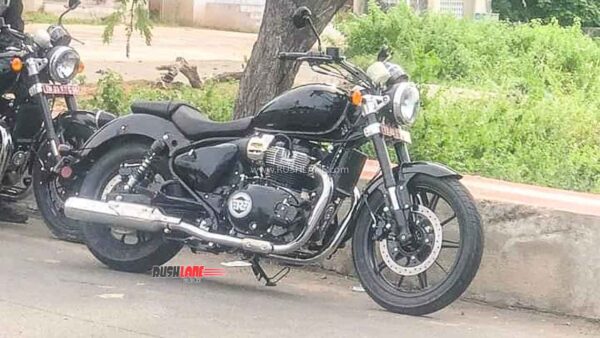 The Royal Enfield 650 Twin engine has given the retro classic brand a solid credibility in the medium displacement segment not only in India but also in international markets. Thanks to the Interceptor 650 and Continental GT 650, Royal Enfield is gaining more and more visibility on a global scale. So, it makes logical sense for the company to milk this engine as much as possible and come up with more body styles.

Royal Enfield’s intention to come up with a medium displacement twin-cylinder premium cruiser was first revealed by the KX Concept which debuted at EICMA in Milan, Italy, last year.

The company did not announce any solid plans to come up with a production version, but the twin-cylinder cruiser is well on its way to the market, as evident form the recently spotted near-production prototype. 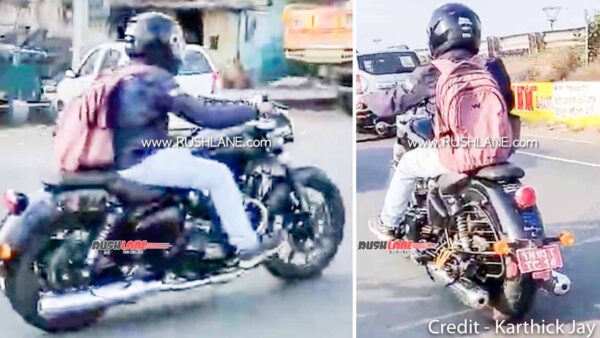 The same has now been spotted again. While Royal Enfield hinted that a possible production version of the KX would get a 834 cc engine, we have reasons to believe that the final production version is likely to carry forward the existing 650 Twin without much changes. For starters, the prototype sports a single front disc which is atypical of a product with higher displacement.

On board the Interceptor and Continental GT, the 648 cc parallel-twin engine develops 47 hp and 52 Nm of torque. We expect the cruiser to have identical power outputs but the 6-speed gearbox is likely to feature tweaked ratios to promote better bottom end torque for the typical cruiser riding experience.

The Royal Enfield 650 cruiser is expected to undertake an extensive testing regime which means we are not likely to see the launch happening in 2020. The company’s immediate focus is to introduce its next generation range of 350 cc models based on the new platform.

The next motorcycles which will be launched by Royal Enfield, will be the Meteor 350 and Classic 350. Meteor 350 launch has been pushed back to post Diwali 2020 period while that of Classic 350 has been pushed back to post April 2021. Launch of the RE 650 cruiser will take place after that, most likely by Diwali 2021. Once launched, it is expected to be priced in the range of Rs 4 lakhs, on-road.