Mercedes Benz GLC SUV, currently in high demand across the globe, is produced from Mercedes Benz plants in four continents among which is also the Pune plant. Mercedes Benz, now working on a refresh of its best selling GLC compact crossover, has plans of importing the vehicle from India into US, as against the earlier imports from its Bremen plant in Germany.

The import from India into US markets comes at a time when the trade war has seen US impose new tariffs on Chinese made goods which also includes auto parts along with the threat by the Trump administration to impose 25 tariffs on European made cars.

India is fast gaining as the car manufacturing hub for US-spec cars. Ford has also started importing the EcoSport into US markets from its plant in Chennai, India, while the country is already an export hub for GM, Hyundai and Renault-Nissan.

First batch of India-made Mercedes GLC SUV will start arriving into USA from next month, reveals Mercedes-Benz USA spokesman Rob Moran. The Mercedes GLC has seen immense demand. It is the company’s most popular model and the largest selling compact crossover in US. Though shipping costs from Pune would be higher, these are offset by lower wages of Indian employees along with other reduced costs as compared to the model produced in Bremen. 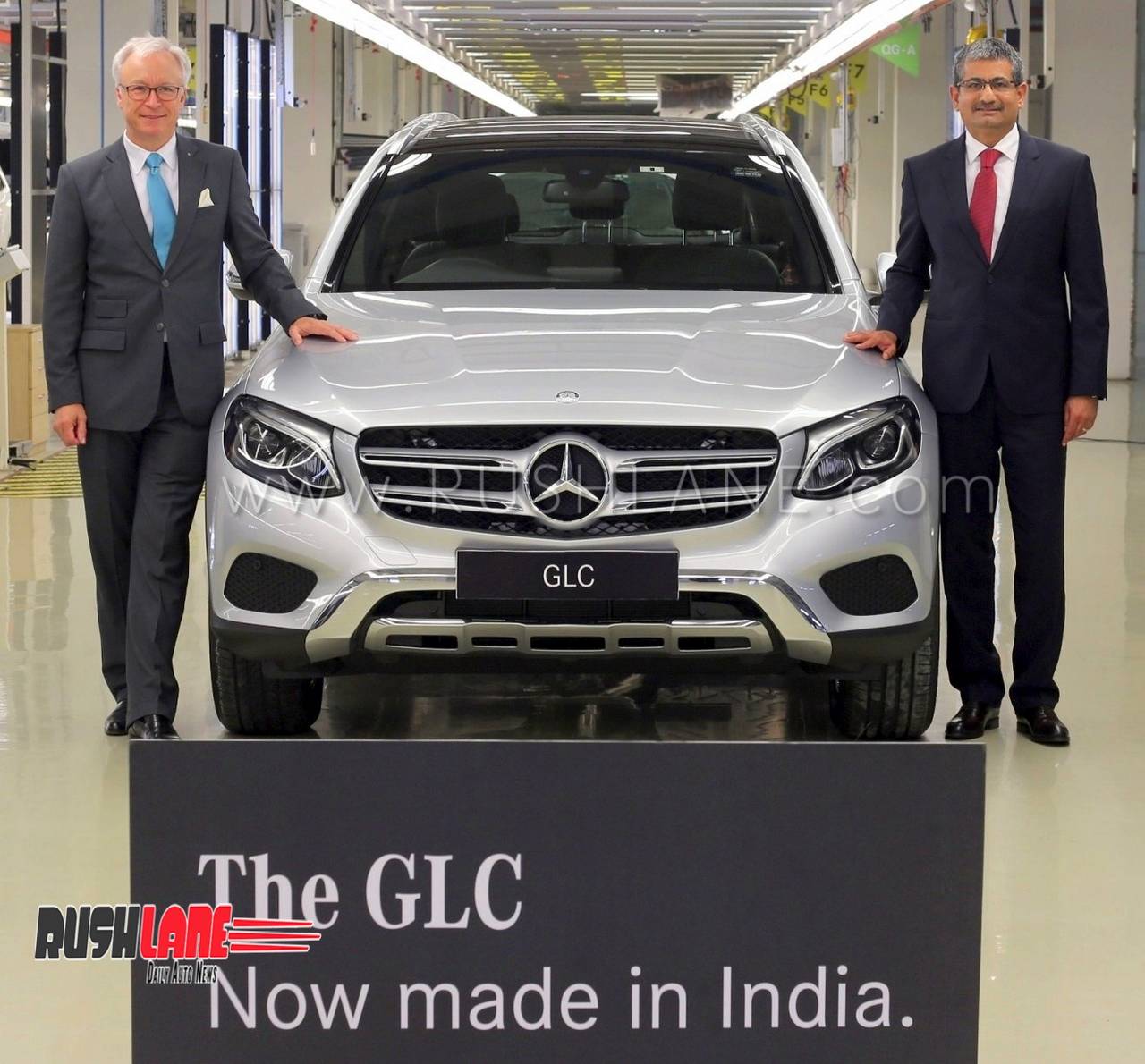 Introduced in 2016, the Mercedes GLC is a replacement to the GLK. Sales across the US increased 57.7% in August to 44,517 units. The GLC now gears up for a mid cycle refresh and has been spied on test along with the GLC Coupe. Changes include a new exterior design with refreshed head and tail lamps, new LED lights with daytime running lights in the front and updated graphics at the rear.