Piaggio Group, the parent company of Vespa and Aprilia brands, showcased the premium Vespa Elettrica e-scooter concept at the Auto Expo 2020, highlighting its plans to enter the promising segment.

While Elettrica is a premium offering for international markets, the company has revealed that it is currently evaluating an India-specific electric scooter based on the retro classic e-scooter’s powertrain. With Elettrica features a 5.4 hp electric motor which is supported by a 4.2 kWh lithium-ion battery pack which is good for a range of 100 km on a full charge.

The lithium-ion battery is capable of lasting for 1,000 cycles which should be good for a lifespan of around 70,000 km. The technical specifications puts this powertrain in the similar performance bracket as the existing crop of Indian e-scooters such as Ather 450, Bajaj Chetak and TVS iQube. 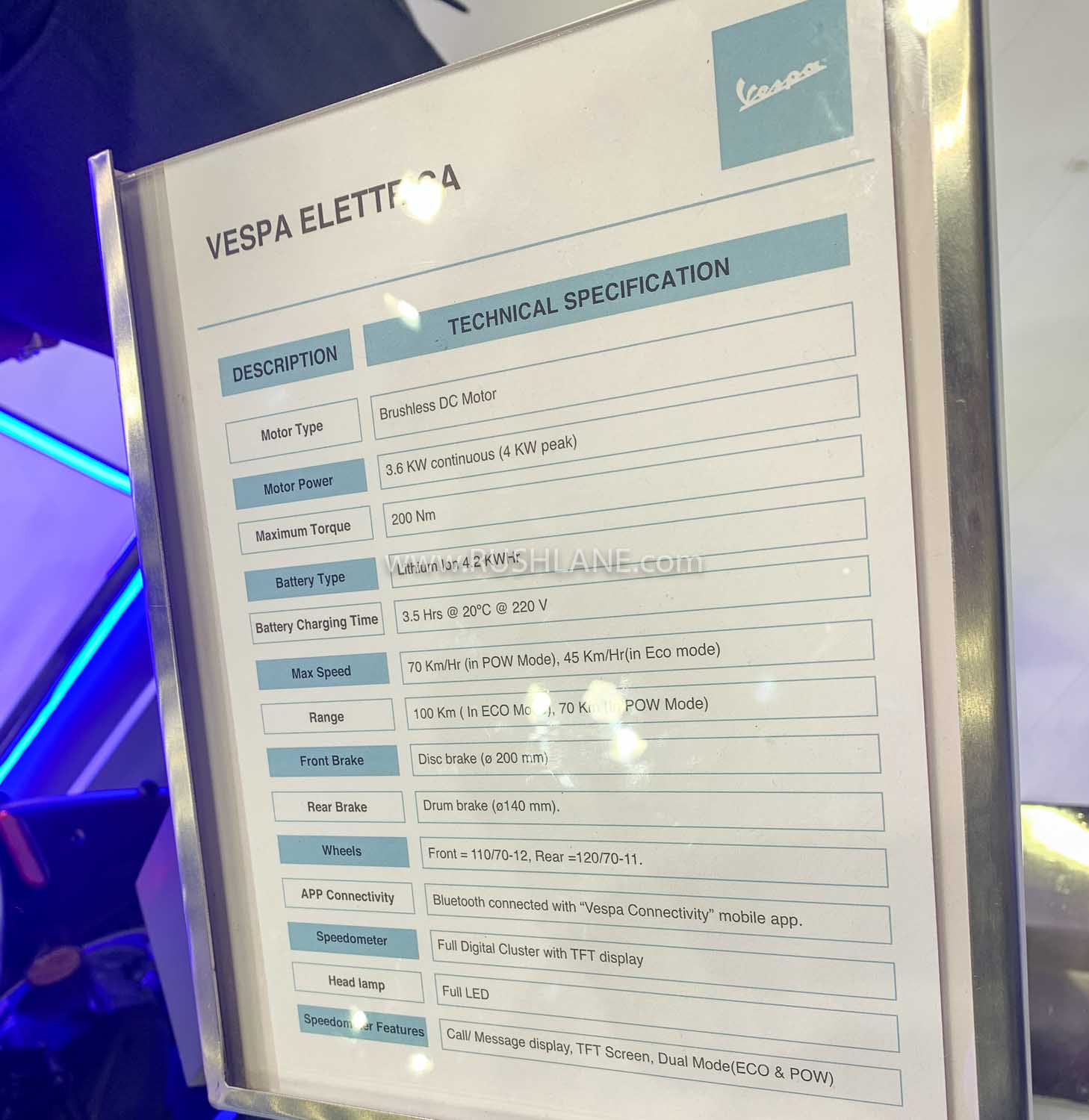 The Vespa electric scooter showcased at Auto Expo 2020 in its existing avatar would be too expensive for our market so Piaggio India is likely to electrify one of its existing locally manufactured scooters in a bid to keep the costs under check and minimize the lead time. Piaggio’s first e-scooter for India could be either a Vespa or an Aprilia. Whatever it is, it is not likely to be ready for the market until next year.

The Piaggio e-scooter will be operating at the premium end of the market. Going by the industry standards, we can expect the vehicle to feature digital instrument console, smartphone connectivity, USB charging, LED headlamp, alloy wheels, reverse mode, ride modes and so on. A price tag of around INR 1.2 lakh (inclusive of FAME-II) would be a nice place to start.

The electric two wheeler segment is still at a nascent stage with most of the players being startups. However, with the recently involvement of established OEMs, the segment has received a much needed impetus and it look set to grow leaps and bounds in the coming years. More and more big names are expected to join the band wagon in the coming years.

Government’s initiatives in terms of subsidies and charging infrastructure establishment is imperative for the EV ecosystem to progress to next phase of large scale adoption.