To celebrate the youthful spirit of the sixties, Vespa has unveiled a new scooter named as Racing Sixties at Auto Expo.

Vespa’s new scooter is based on existing SXL 150 and it will be launched in March as a limited edition model. While most of the equipment will be the same as SXL 150, there are quite a few cosmetic updates that give Racing Sixties its unique identity.

One look at the scooter and it will probably be love at first sight, especially for folks who have a taste for neo-retro design. Racing Sixties is wrapped in a classic red & white dual tone colour scheme, which looks quite attractive and mature. White the white paint works as the background, the red coloured, racing inspired stripes can be seen at the front, sides and back. Front and rear suspension springs are also wrapped in red. 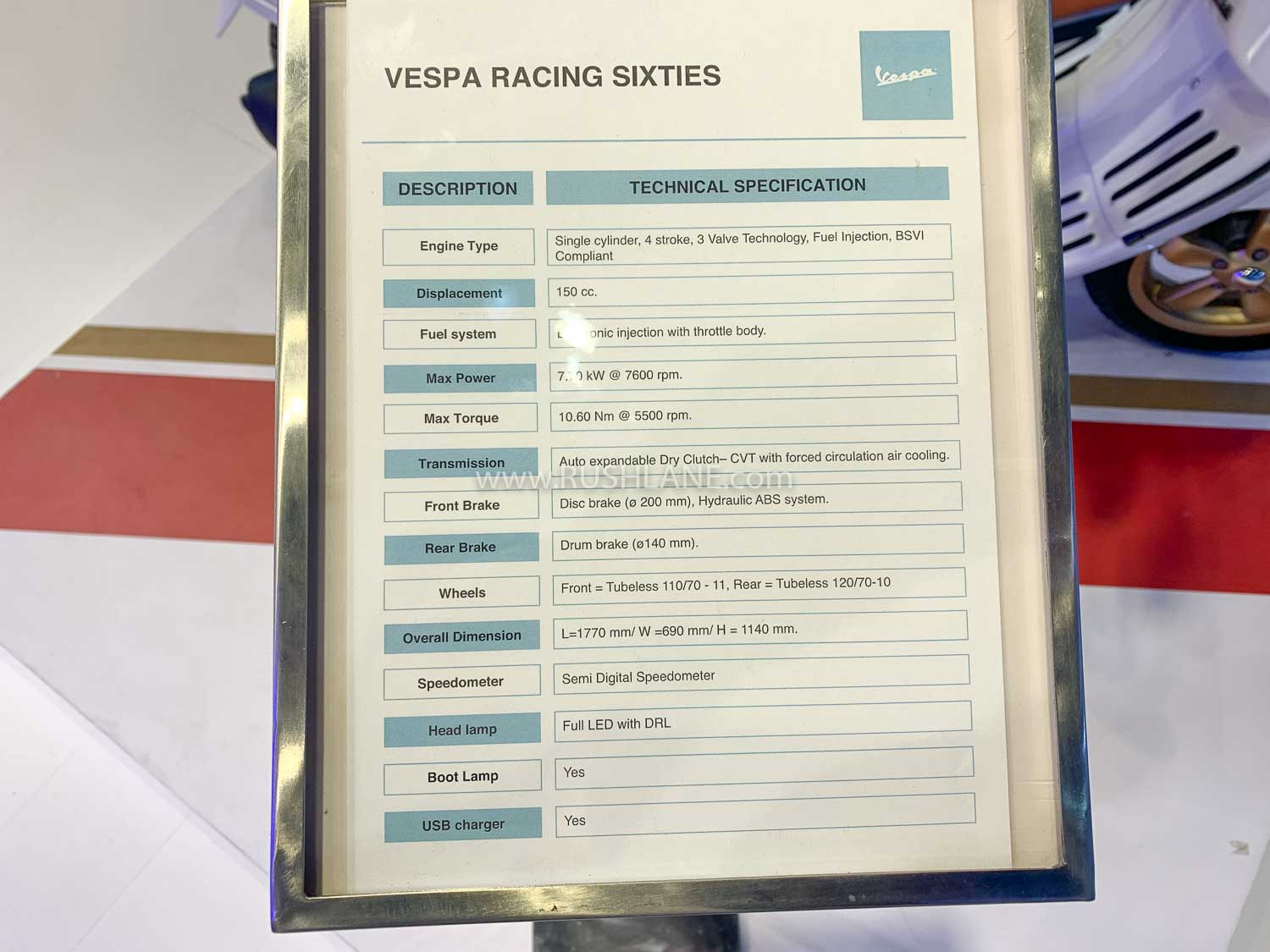 Other parts such as rear view mirrors, headlight casing, seat, and rubber on the floorboard come in a black finish, which stands out against the core red & white colour theme. Another highlight is the gold-painted wheels, which adds to the scooter’s premium profile. The single-piece black seat comes with contrasting white piping, which also improves the scooter’s visual appeal.

Apart from the cosmetic updates, there are no other major changes in Racing Sixties when compared to existing SXL 150 scooter. The only exception can be seen in engine of the new scooter, which will be BS6 compliant from day one. However, there’s unlikely to be any significant difference in power and torque output. 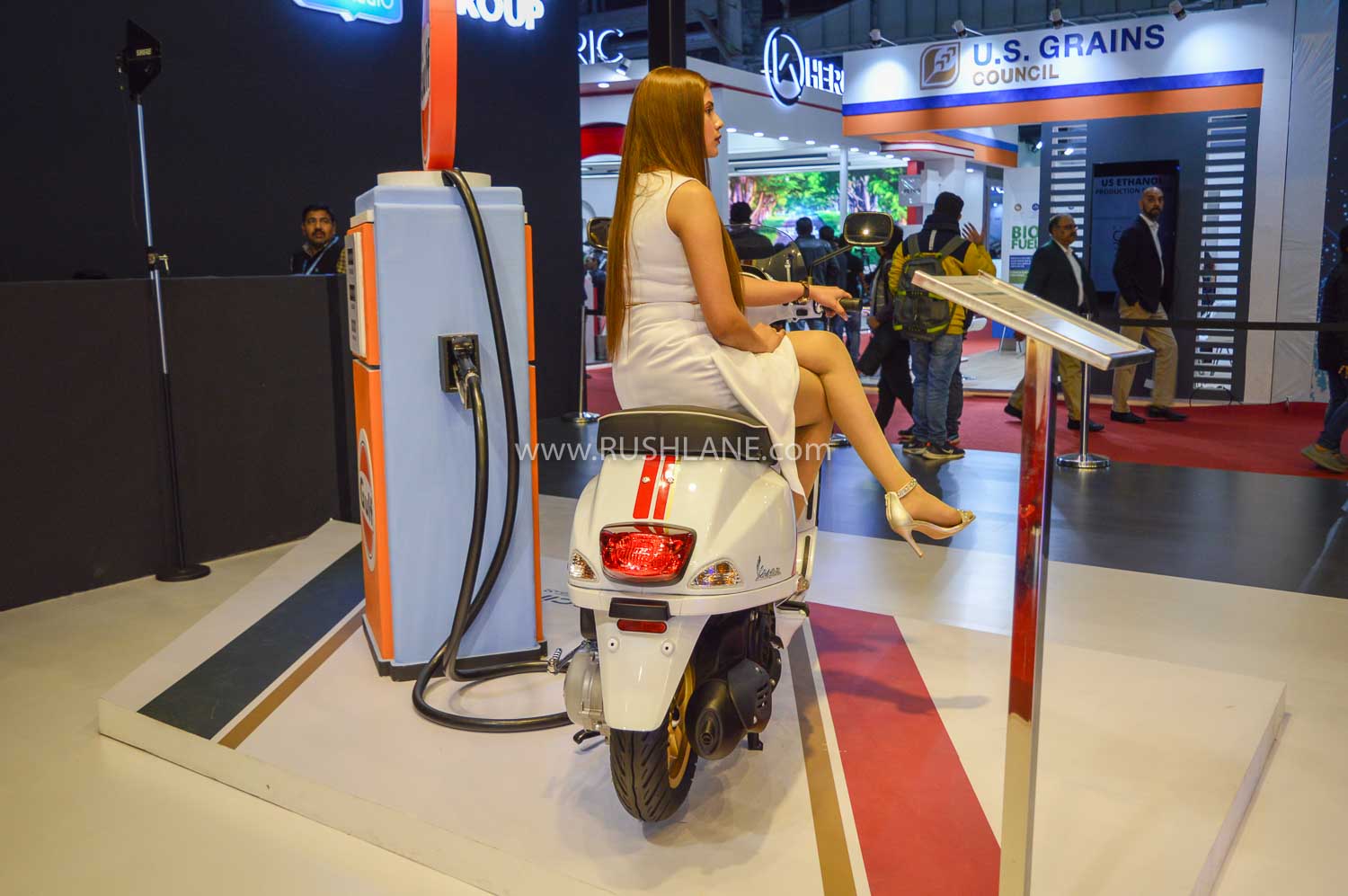 Racing Sixties will be powered by a fuel injected, 150 cc engine, capable of generating max power of 10.4 hp at 7,600 rpm and max torque of 10.6 Nm at 5,500 rpm. Most other equipment will be borrowed from SXL 150 that utilizes a monocoque full steel body, sitting on single side arm suspension at the front and dual-effect hydraulic shock absorber at the rear. Braking duties are performed by 200 mm ventilated disc brake at the front and 140 mm rear drum brake. Single-channel ABS is offered as standard.

With its improved styling, Racing Sixties is expected to cost around Rs 4k-5k more. SXL 150 BS6 standard variant retails at Rs 1.26 lakh, so customers buying Racing Sixties may have to shell out approximately Rs 1.30 lakh.