In early 2019, auto majors Volkswagen and Ford announced that they will jointly develop commercial vehicles, and in July, extended the scope of their global alliance to include pickups and a Ford EV based on VW platform. The companies have now announced that the finer details of the collaboration have been finalized.

Volkswagen and Ford Alliance is aiming to manufacture 8 million medium pickups and commercial vans during the lifespan of the vehicles with primary focus on the European markets. While Ford’s next generation Ranger pickup will spawn the new VW Amarok in 2022, the German automaker’s Caddy van platform is expected to give birth to next iteration of the Ford Transit. Ford will also develop a 1 ton cargo van for both brands. Both companies are expecting the global demand for vans to grow significantly in the next five years.

In addition to the vans and pickup trucks, Ford will also build an electric vehicle for Europe based on VW’s popular MEB architecture. Destined to be ready by 2023, the upcoming Ford EV is estimated to clock sales of 600,000 units throughout its lifespan. A second all-new Ford model for Europe under the scope of this alliance is under discussion. 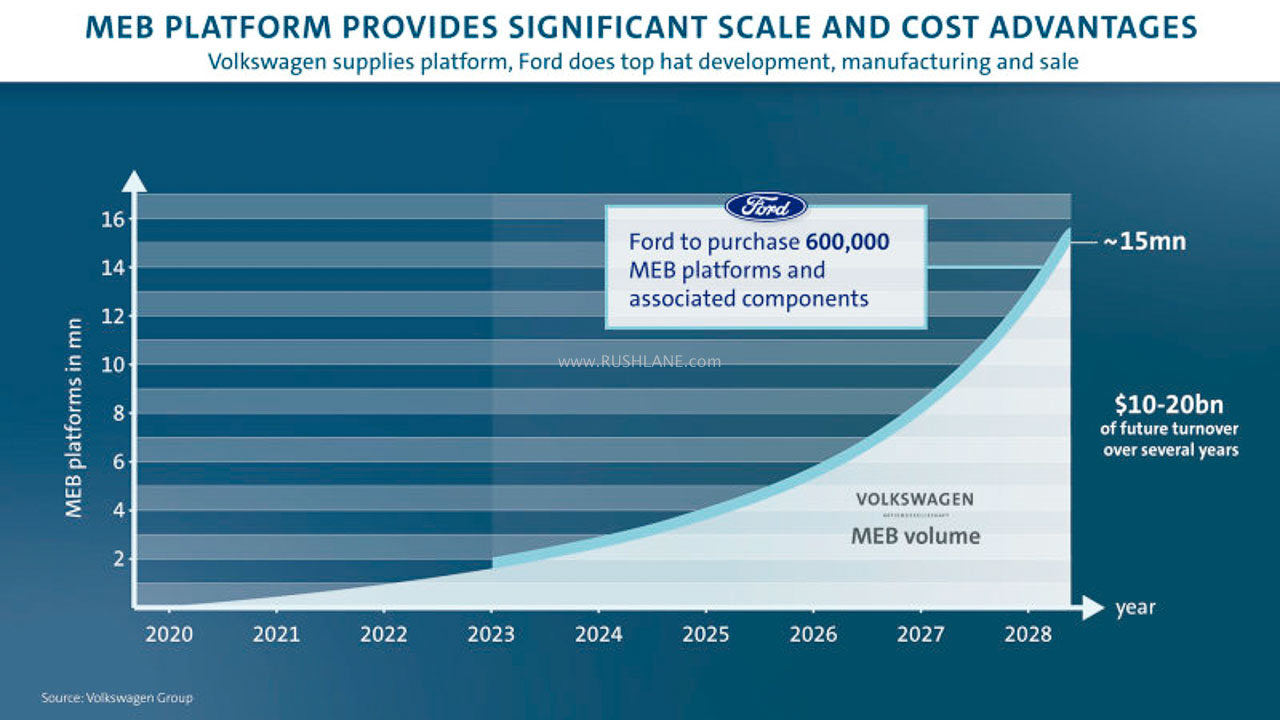 Volkswagen and Ford Alliance aims to take advantage of the strengths of both brands and explore synergies across platforms and technologies. The partnership will not involve cross ownership and this mean, for all practical purposes, Ford and Volkswagen would continue to be rivals. For example, the new Ford Ranger will be pitted against the VW Amarok in Europe despite both products being engineered by the American automaker.

Moreover, Volkswagen will join hands with Ford in investing in autonomous vehicle platform company Argo AI, valued at over USD 7 billion. As a part of this tie-up, both automakers will incorporate Argo AI’s self-driving technology into their respective products to achieve global scale.

The global alliance between the two major OEMs is expected to lead to significant cost savings and improved efficiencies in long term. With the challenging market conditions and ever-stringent emission regulations, it is inevitable for major players collaborate with each other to ensure sustainability.

It is to be noted that, for the Indian market, Ford has entered into an arrangement with Mahindra which will see the former handing over its local production operations to the latter. Mahindra will provide Ford with its next-gen XUV500 platform for a new crossover SUV. Both models are expected to look entirely different despite using common hardware.