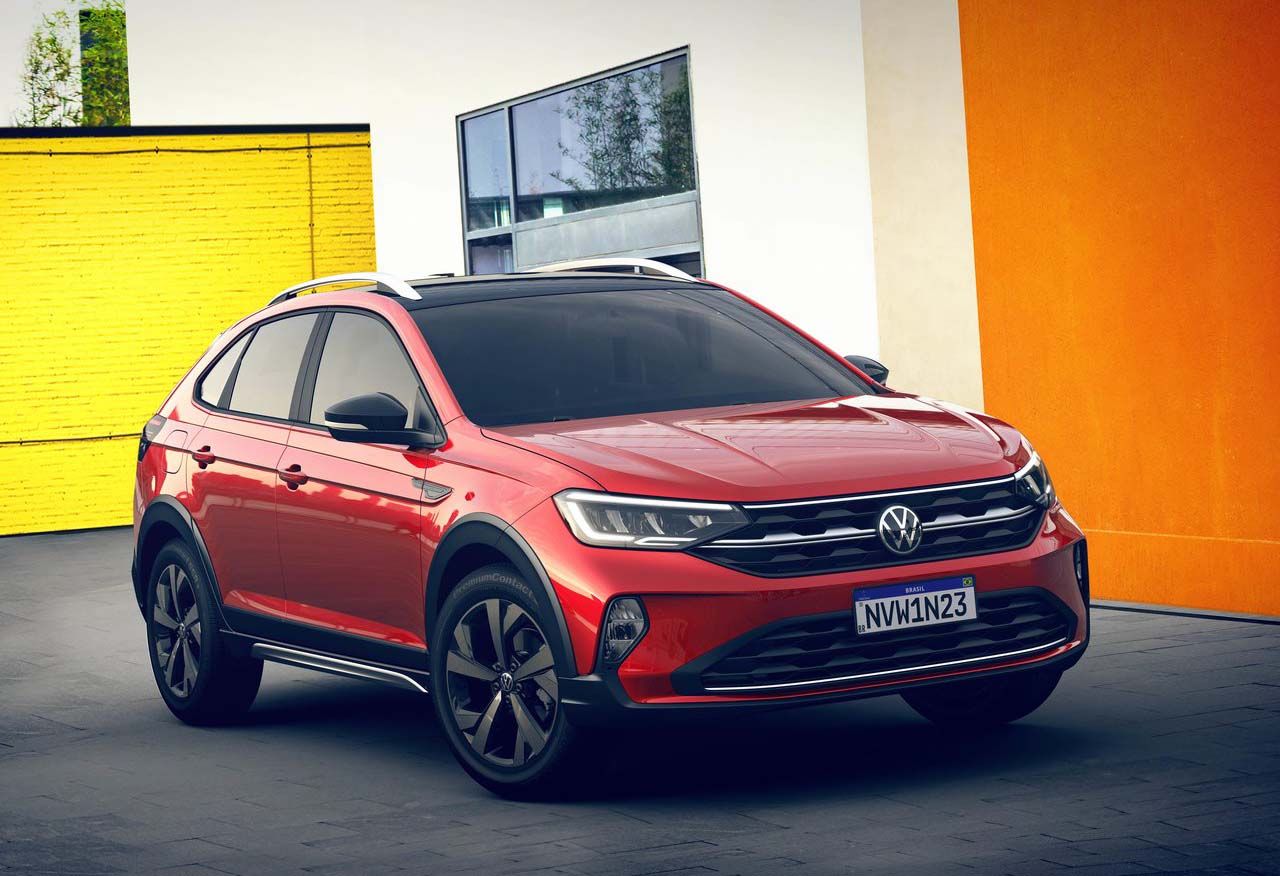 The new 2021MY Volkswagen Nivus, based on the brand’s MQB A0 platform, is primarily aimed at South American markets

German automaker Volkswagen has unveiled its new Nivus compact crossover coupe. Set to hit South American markets (especially Brazil) for the 2021 model year, the all-new Volkswagen Nivus shares its MQB A0 platform with the T-Cross. The same platform comes to India in the form of MQB A0 IN — underpinning the Taigun crossover which looks almost identical to the T-Cross — as part of Skoda Auto Volkswagen India group’s ‘India 2.0’ product strategy. The upcoming Volkswagen Taigun was showcased in the country at Auto Expo 2020.

Following its South American debut, the Nivus could filter down to other potential markets, starting with Europe. Global automotive markets are witnessing an increased demand for crossovers or ‘urban SUVs’ especially the ones relatively compact in dimensions. This incline led to the formation of a lifestyle subclassification popularly known as ‘SUV coupes’ or ‘crossover coupes’. The first-gen BMW X6 started it and now, almost every premium SUV has a sloped-roof equivalent. With the introduction of Volkswagen’s 2021MY Nivus, one can understand that the trend has dripped down to lower price categories.

The Volkswagen Nivus measures 4,266mm in length and 2,560mm in wheelbase. In comparison, the India-bound Taigun extends 4,200mm longitudinally and 2,650mm between either wheel centres. Thanks to its longer proportions, the Nivus has a bigger boot than the Taigun (445 litres against 373 litres).

Highlights include six airbags, 17-inch wheels, full-LED headlamps and taillamps, adaptive cruise control, autonomous emergency braking, keyless entry, drowsiness detector and a full-TFT instrument console. Its 10.1-inch touchscreen infotainment system is different from other Volkswagen products but sports somewhat of the same features. Dubbed ‘Volks Play’, the WiFi-enabled system was entirely developed in Brazil. Plus, it has a 10GB internal storage and a dedicated app store for added functionalities.

In the initial format, the 2021 Volkswagen Nivus gets a 1.0-litre TSI turbo three-cylinder petrol motor generating around 126bhp and 200Nm of torque. Power is sent to the front wheels via a 6-speed torque-converter automatic. A similar setup is followed in the 2020MY Volkswagen Polo and Vento BS6 range. Reports state that a higher 1.5-litre TSI Nivus variant would be added at some point in the future.

Once launched in June 2021, the Volkswagen Nivus could be an affordable alternative to several premium crossover/SUV-coupes from the popular Germans. Examples include Audi Q3 Sportback, BMW X4 and Mercedes-Benz GLC Coupe.