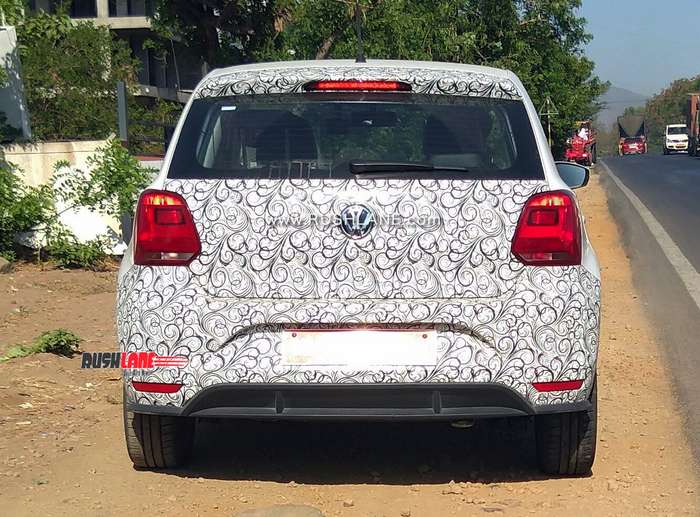 While the Volkswagen Polo graduated to a new generation in Europe last year, the automaker’s Indian subsidiary still makes do with the ageing previous generation model. The latest Polo is based on the MQB A0 platform which needs to be heavily localized in the country to achieve a viable price point and this is the primary reason for the delay.

Under its India 2.0 strategy, VW Group is currently working on localizing the said platform (Skoda taking the lead on this front) but the new Polo is still a few years away. As an interim measure, VW India has decided to give the old car a minor nip and tuck. A mildly camouflaged test mule has been spotted testing near Pune.

As expected, the plastic parts (front and rear bumpers) undergo minor revision while the sheet metal parts continue untouched. The rear gets a sleeker black diffuser which is similar to the one seen on the Polo GTI. The front end is also reported to have derived its inspiration from the sportier GTI. Images are credit to automotive enthusiast Akshay Ballal. 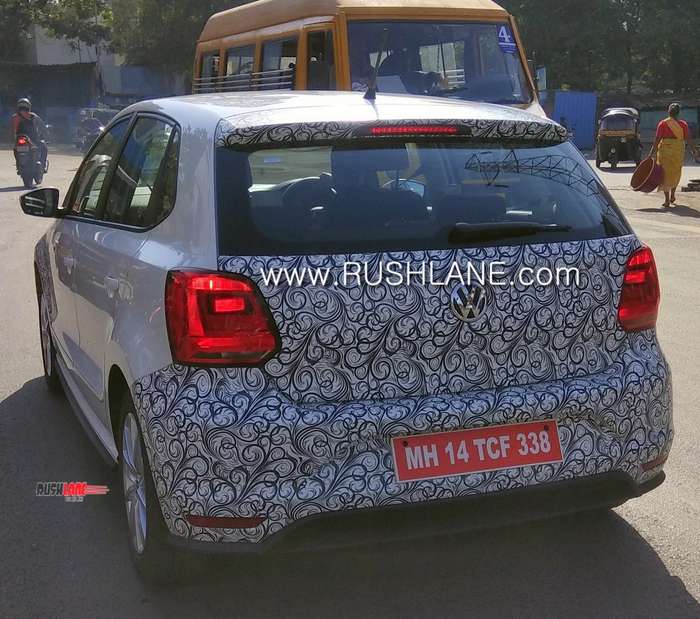 We don’t expect much to change on the inside save for a different seat fabric. The fully loaded Highline variant would be equipped with a touchscreen infotainment system. The mild refresh is aimed at keeping the hatchback relevant until its successor finally arrives.

The Volkswagen Polo facelift will be powered by BS-VI compliant engines. While it remains to be seen if the 1.5-liter diesel engine will get the BS-VI update or not, the petrol motors would be retained without much change in their states of tune. The regular Polo hatchback is powered by a 1.0-litre three-cylinder MPI naturally aspirated petrol engine which develops a modest 76 hp and 95 Nm of torque. The Polo GT TSI’s 1.2-litre direct injection turbocharged petrol unit is capable of 105 PS and 175 Nm of torque. While the former employs a 5-speed manual gearbox, the latter comes with a standard 7-speed DSG.

The entire VW portfolio has been struggling to find buyers in India of late and the Polo is not an exception. In contrast, its primary rivals, the Maruti Baleno and Hyundai i20 continue to post impressive monthly sales numbers. The German hatchback will need more than just a facelift for prospective buyers to take notice.