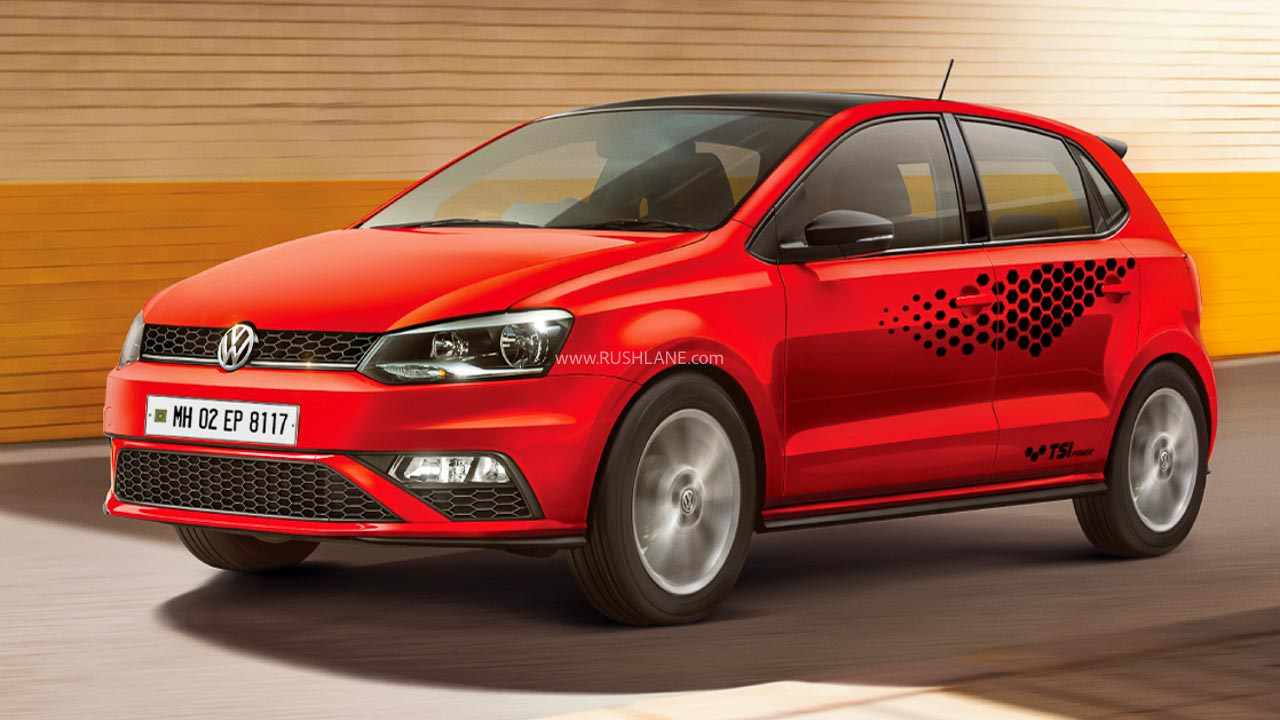 Volkswagen India has introduced a new TSI Edition for its Polo hatchback and Vento sedan. Based on Highline Plus MT trim, the limited-edition Polo and Vento variants come at an ex-showroom price of Rs 7.89 lakh and Rs 10.99 lakh, respectively. The German automaker has also welcomed online bookings for either model with attractive offers.

It was only recently that Volkswagen updated its entry-level Polo and Vento models to BS6 emission norms. Across the brands coming under Skoda Auto Volkswagen India, the automotive group has discontinued its popular diesel power plants for the BS6 era. In other words, the 2020MY Volkswagen Polo and Vento come only in petrol format.

The new TSI Edition Polo and Vento differ from regular variants with their exclusive honeycomb grille, side graphics, blacked-out ORVMs, roof and spoiler; and ‘TSI’ decals. As the name suggests, both models are equipped with the brand’s all-new BS6-compliant 1.0-litre three-cylinder turbocharged petrol motor. It makes 110bhp and 175Nm of torque compared to the previous BS4 1.2-litre TSi mill (good for 103bhp and 175Nm).

In fact, the current GT TSI is cheaper by about Rs 17,000 compared to its BS4 format. The primary reason for this is that Volkswagen has replaced the proven 7-speed DSG (Direct Shift Gearbox or VW’s form of DCT) with a 6-speed torque-converter automatic transmission. The Volkswagen Polo GT TSI was never a hot hatch but the old DSG unit promised appreciable performance in a straight line. Plus, it was the most affordable DSG-equipped vehicle in the country.

A 6-speed manual transmission is also available coupled to the 1.0 TSI in select trims. Lesser Polo variants come with a 1.0-litre NA MPI three-cylinder motor packing just about 75bhp and 95Nm. It is available only with a 5-speed manual and is evidently underpowered for the Polo’s size and segment. The BS6 Volkswagen Vento comes only with the new TSI motor.

Speaking about the new Volkswagen Polo and Vento TSI Edition, Steffen Knapp, Director of Volkswagen Passenger Cars India, stated that the company aims to democratise its proven TSI technology and German engineering expertise in petrol engines. He added that Volkswagen is continuously working towards making “interesting and appealing value proposition” to meet the evolving tastes of its customers.

The fifth-gen Volkswagen Polo we have in our market is over a decade old while global markets received the sixth-gen Polo back in 2017. In other words, the next-gen India-spec Polo would be already more than three years old when launched.