While sales haven’t been great for Volkswagen in the recent past, the German car maker still plans to give the Indian market a yet another chance. For the very same reason, it has handed over the charge of its Indian operations to Skoda.

The company has already started working upon the India 2.0 project and one key agenda of it is to bring in new India-specific products. One upcoming product for the Indian market will be the VW T-Roc SUV which was recently spotted on test on Indian roads.

In Volkswagen’s lineup, the T-Roc sits below the Tiguan and upon launch in India, it will become relatively the most affordable VW SUV. In international markets, T-Roc competes with cars like Honda HR-V, Toyota C-HR, and Skoda Koraq. However, considering the limited sales of the segment, VW won’t be investing money to manufacture the SUV in India. Instead, it will be bringing in the car as a CBU, thanks to the tax relaxation which Government has provided for import of 2,500 CBUs per OEM per year. 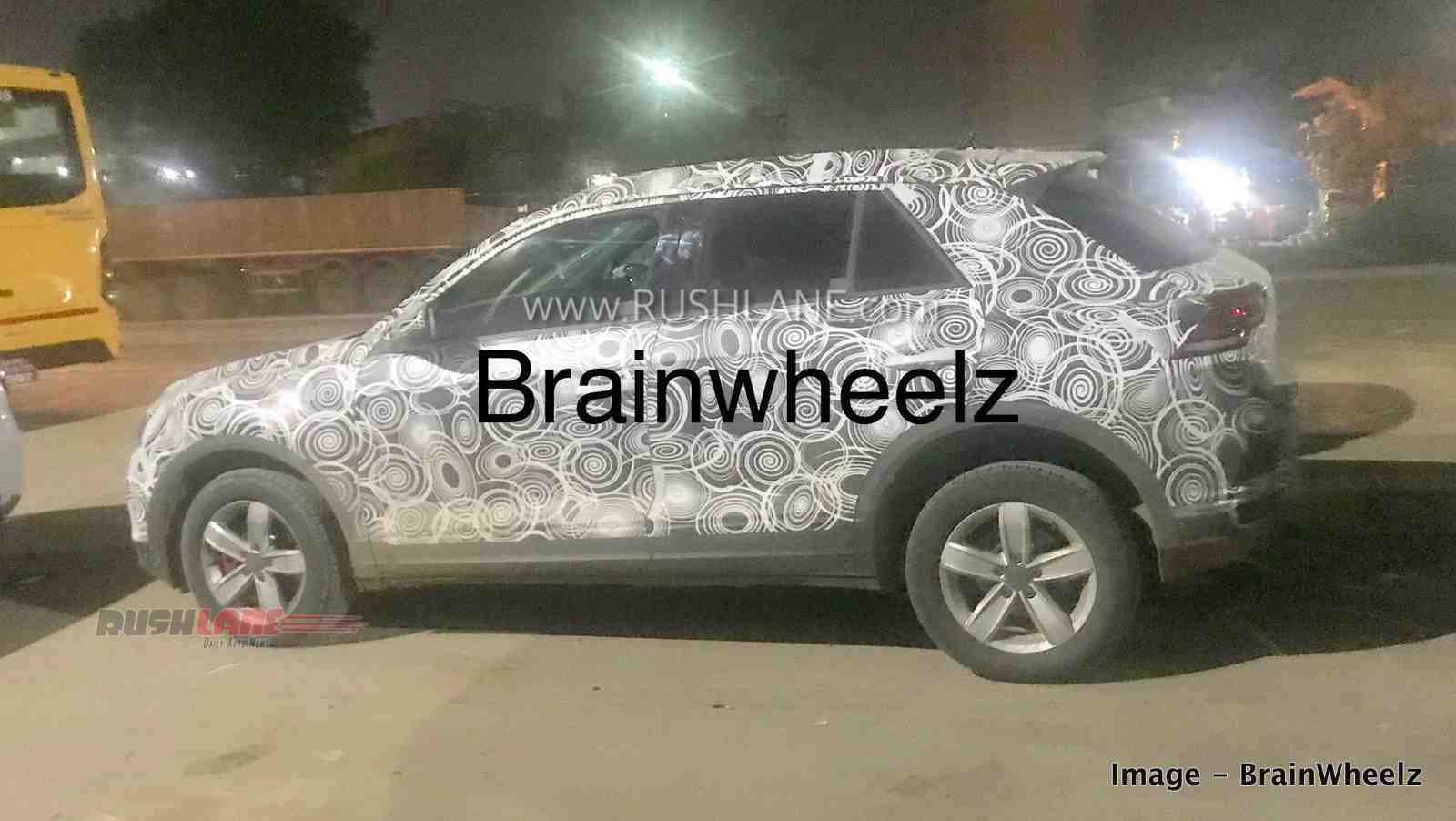 As far as looks are concerned, VW T-Roc is one of the most aggressive and bold vehicles in VW’s stable. While it does have characteristic VW elements, it still manages to stand out thanks to its overall proportions and dual-tone color schemes.

On the inside, VW offers a long list of creature comfort features. These include a large 11.3 inch digital instrument cluster which works as a virtual cockpit, an 8-inch touchscreen infotainment system, wireless mobile charging plate and a sound system from Bose. Cabin is nicely done with liberal use of soft-touch plastics and interesting contrasting body-colored bits which add in a dynamic feel to the cabin.

In India, we expect VW to offer the T-Roc with just a single engine option, a BS6 compliant turbocharged 1.5 litre TSI engine which will shall get mated to a 7-speed DSG dual clutch autobox. In international markets, the T-Roc comes with choice of 4 engine options, 3 petrol and a diesel. However to keep things simple, VW is expected to ideally bring in a single 1.5 litre petrol engine only.

Indian launch of the T-Roc is planned for February 2020, at the 2020 Auto Expo in Delhi. Volkswagen shall ideally price the T-Roc around the INR 17-20 lakh mark. Considering the price, it will be directly competing with likes of Jeep Compass, Hyundai Tuscon, MG Hector and the upcoming India-spec Koraq from Skoda. Other competitors of the T-Roc will be SUVs like Harrier, second-gen XUV500, Hyundai Creta and Kia Seltos.