Volkswagen Taos SUV Debuts As Kia Seltos Rival In The US 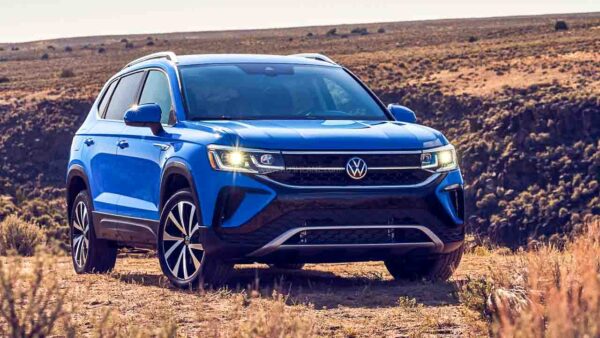 Love for Crossovers and SUVs isn’t just an Indian phenomenon, but is in fact a global trend, which has been dictating the future of multiple OEMs across the globe. Many OEMs who haven’t been conventional SUV/Crossover makers, have now been focusing majorly on the SUV segment, in order to not to lose out their potential customers.

One such global brand is Volkswagen, which has been on a product offensive in the SUV category. After launching multiple SUVs/crossovers in the recent past, Volkswagen has now revealed its new compact SUV which they have baptized it as the Taos. The Taos will sit below the Tiguan in VW’s lineup and will be launched in the US market in 2021 Summer.

Volkswagen Taos has more of a minimalistic theme running in its design. The crossover looks plain, a little boxy  but still manages to look eye-pleasing, in typical VW fashion. It has a large grille in the front and has sweptback headlamps. Top-end trims will also be getting LED lights which will further intermingle with the grille. 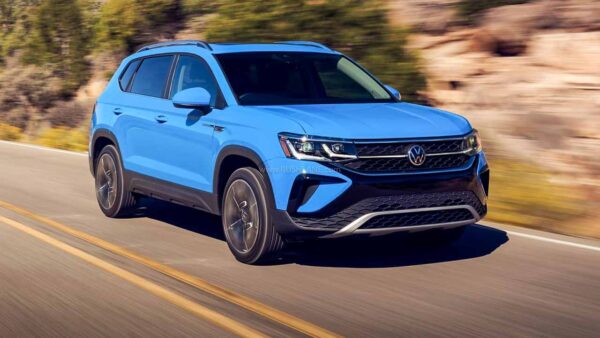 On the sides, VW has added body cladding & skid plates which help to add to the SUVish feel to the Taos. On the rear, there is an angled liftgate which also gets an integrated spoiler. Wrap-around tail-lamps and faux dual exhaust system further complement the premium quotient of the Taos.

VW has confirmed that the Taos measures 4,465 mm in length, 1,842 mm in width, 1,636 mm in height which makes it marginally larger than its key US rivals like the Kia Seltos and Chevy Trailblazer. Taos will be available in 3 trim, 8 different colour options, and wheel size ranging from 17 to 19 inches. 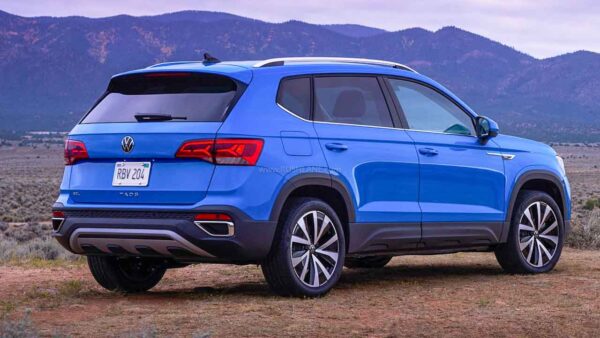 On the inside, the Taos continues with the minimalist theme and gets a clean and simple cabin. 2021 Volkswagen Taos will be getting a digital instrument cluster, 2-tone upholstery, 8-inch infotainment system, ten-colour ambient lighting system, wireless smartphone charger, 8-way powered driver’s seat adjust, dual-zone climate control and heated/ventilated front seats. 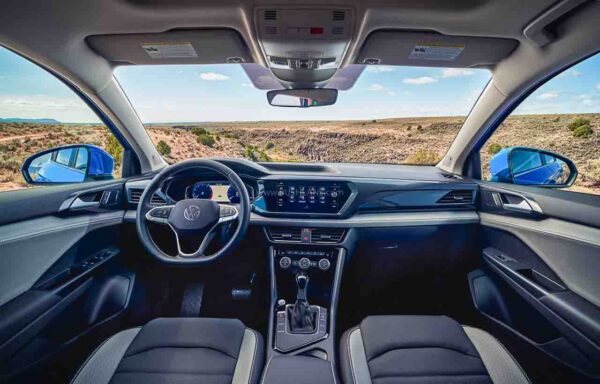 Under the hood, the Taos will feature a 1.5 litre turbocharged 4 cylinder engine which will be able to dish out 158 hp & 249 Nm of max torque. It will come mated to an 8-speed AT which will be driving the front wheels. In case, customers want to go in for an AWD variant, they will get a 7-speed DSG unit, instead of the 8-speed AT.

Launch of the Taos in US is scheduled for mid-2021. Prices will also be revealed closer to launch date. Expected starting price is about $22k (Rs 16 lakhs), which is same as that of the Kia Seltos in the US.

Speaking about India launch, VW has no plans to get the Taos to India. In fact, VW India is working on a Seltos / Creta rival which will be made in India. It was showcased as a concept earlier this year, at the 2020 Auto Expo – called VW Taigun. India launch of VW Taigun is expected next year.