A 7-seat variant of the standard Tiguan that is already on sale in India, Tiguan AllSpace was showcased a few days back at Auto Expo.

Ahead of its launch, key details about India-spec Volkswagen Tiguan AllSpace have been revealed. The SUV has been spied on road tests on several occasions. AllSpace is expected to be launched by mid-2020 and when that happens, it will replace the existing 5-seat Tiguan that retails in the range of Rs 28-32 lakh. Bookings have already opened at authorized dealers. 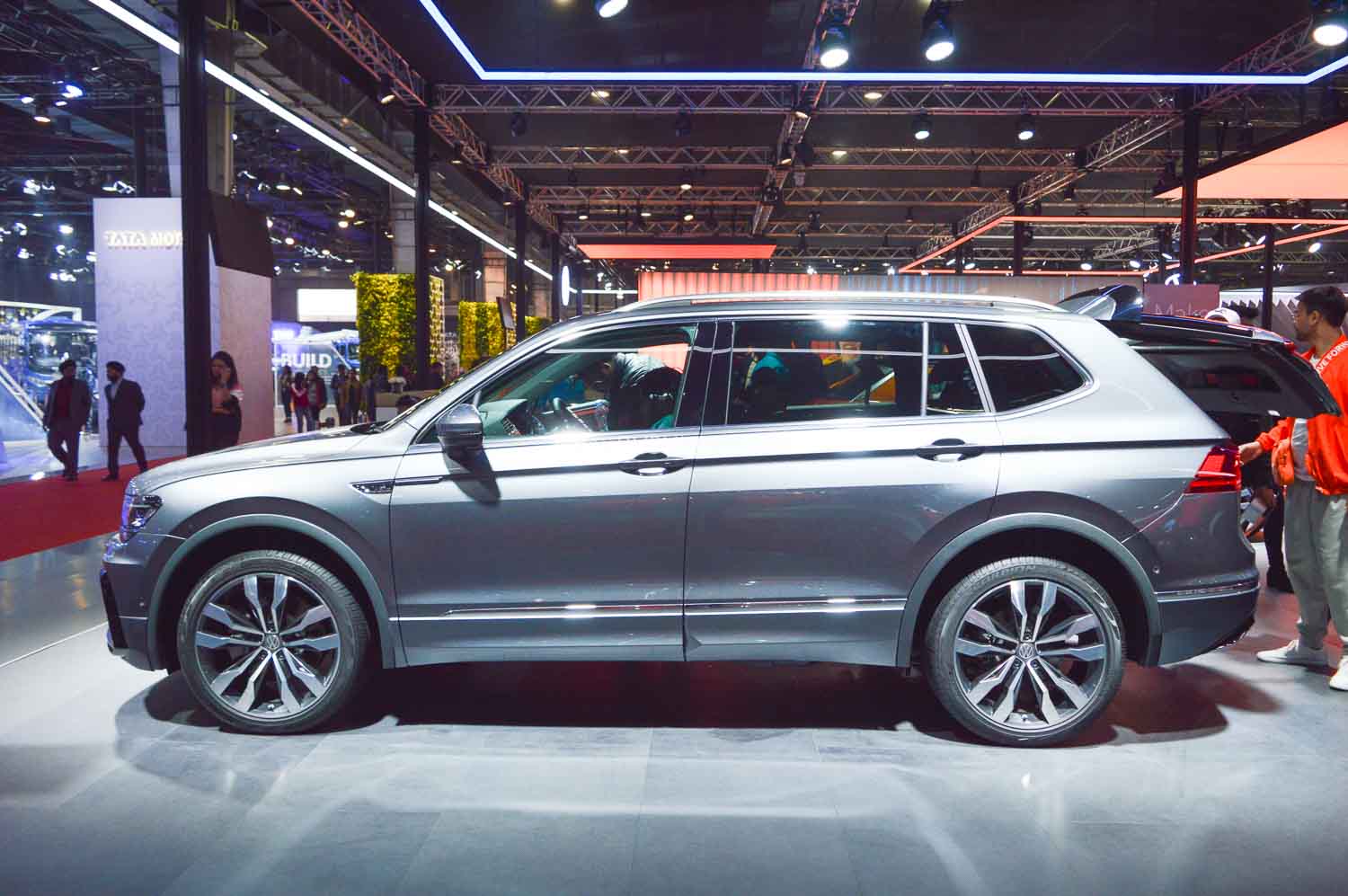 However, with the additional third row, boot space gets restricted to just 230 litres. This is quite less, as compared to existing Tiguan’s 615 litre boot space. Tiguan AllSpace users who want to increase boot space will have to fold down the rear seats. With that done, boot space can be increased to around 700 litres.

With Volkswagen discontinuing all diesel engines after BS6 norms come into play from April 1, India-spec Tiguan AllSpace will only be offered with a petrol engine. Existing 5-seat Tiguan is powered by 2.0-litre diesel engine that churns out 143 hp of max power. This will be replaced by a 2.0-litre turbo-petrol unit that makes 190 hp. Engine will be mated to a 7-speed dual-clutch automatic transmission, which will be offered as standard. All-wheel drive will also be a standard feature in Tiguan AllSpace. The all-wheel drive will be powered VW’s 4Motion system.

Customers planning to buy Tiguan AllSpace may have to shell out a higher amount, as compared to the SUV’s price in international markets. That’s because AllSpace will be imported in India through the CBU route. With import duties, the SUV will be priced at around Rs 35-40 lakh. This will make it costlier than rivals such as Skoda Kodiaq, Honda CR-V, Isuzu MU-X, Mahindra Alturas G4, Ford Endeavour and Toyota Fortuner. However, as this segment is not price sensitive, Tiguan AllSpace may still emerge as an attractive option for customers.