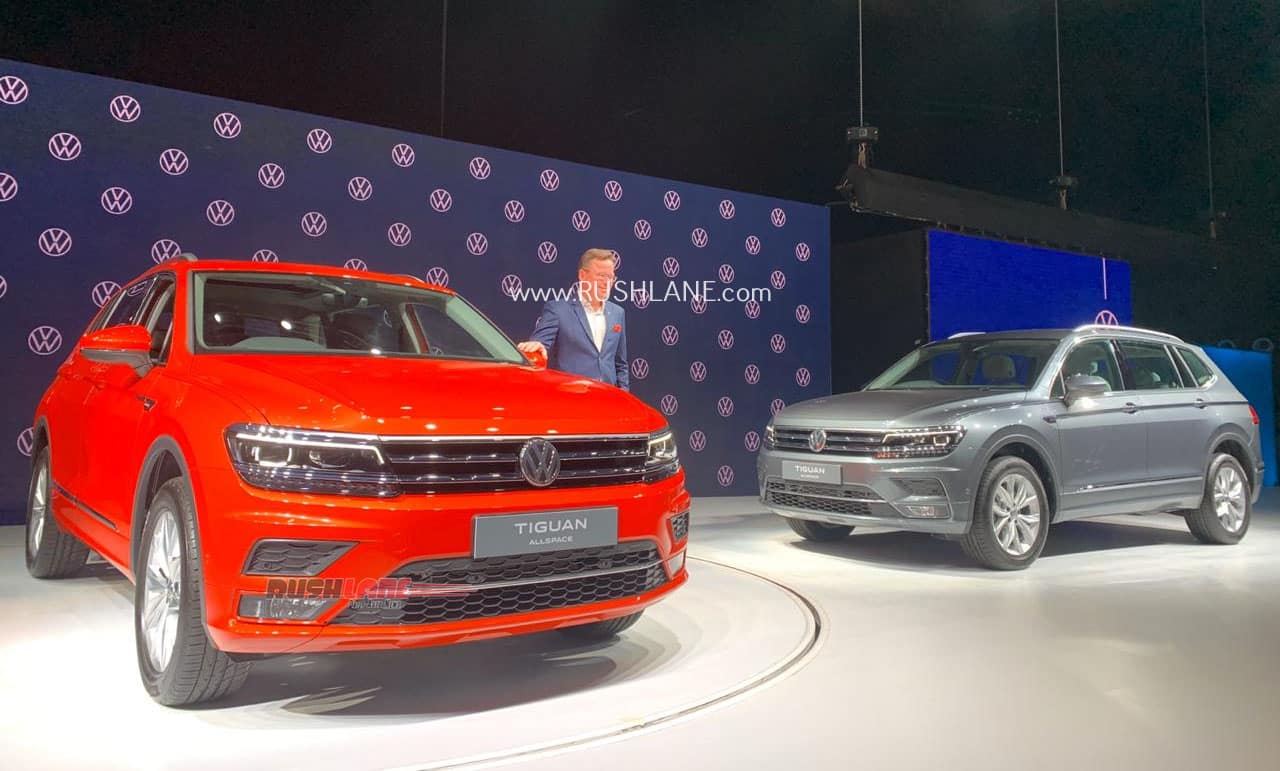 Volkswagen India has launched the all-new Tiguan Allspace in the country at an introductory starting price of Rs 33.13 lakh ex-showroom. The Tiguan Allspace is essentially the 7-seater avatar of the regular Tiguan that has been available on the Indian market for quite some time. The CKD (Completely Knocked Down) SUV, along with the Taigun and T-Roc, made its debut last month at Auto Expo 2020.

For starters, the new BS6 Volkswagen Tiguan Allspace is 215mm longer than the BS4 Tiguan 5-seater. Besides the larger dimensions, there are subtle changes to the exterior styling such as the LED-projector headlamps, redesigned grille, sportier bumpers and larger 18-inch 5-spoke alloy wheels.

On the inside, the Tiguan Allspace comes with a full-TFT instrument console which seems like a trimmed down version of Audi’s Virtual Cockpit system. In fact, all modern-day Volkswagen products (as well as Skoda models such as the new Octavia RS) have ditched the traditional analogue dials for the new, advanced and customisable digital units.

Coming back to dimensions, the Tiguan Allspace has 110mm extra wheelbase, at 2787mm. While width remains the same at 1839mm, height has gone up marginally by 2mm to hit 1674mm. Boot space has also improved significantly at 700 litres (with the third row down) compared to 615 litres in the regular Tiguan. The 2020 Volkswagen Tiguan Allspace is available in seven colour choices: Habanero Orange, Petroleum Blue, Pure White, Pyrit Silver, Ruby Red, Deep Black Pearl and Platinum Grey.

The Volkswagen Tiguan Allspace comes only in a BS6 petrol format. The 2.0-litre four-cylinder TSi turbo petrol engine makes 187bhp and 320Nm of torque. The engine is coupled to a 7-speed DSG (DCT) automatic transmission which sends the output to all four wheels via the brand’s 4MOTION all-wheel-drive system.

On the other hand, the outgoing regular Tiguan is powered by a BS4-compliant 2.0-litre four-cylinder TDi diesel motor that churns out 141bhp and 340Nm. It also features an AWD powertrain with a 7-speed DSG (Direct Shift Gearbox). The 5-seater SUV came at a starting price of around Rs 28.07 lakh ex-showroom.

The new Volkswagen Tiguan Allspace rivals the likes of the Skoda Kodiaq (with which it shares its base) and Honda CR-V. It is also an interesting alternative to the Toyota Fortuner, Ford Endeavour and Mahindra Alturas G4.